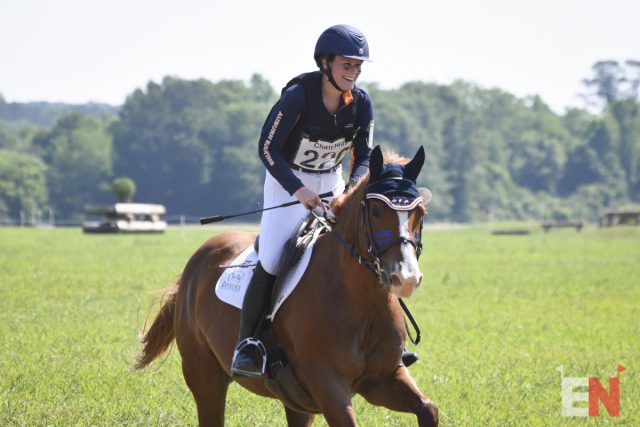 Orange was the new black this weekend at the Fourth Annual USEA Intercollegiate Championship where Auburn University won for the second consecutive year. 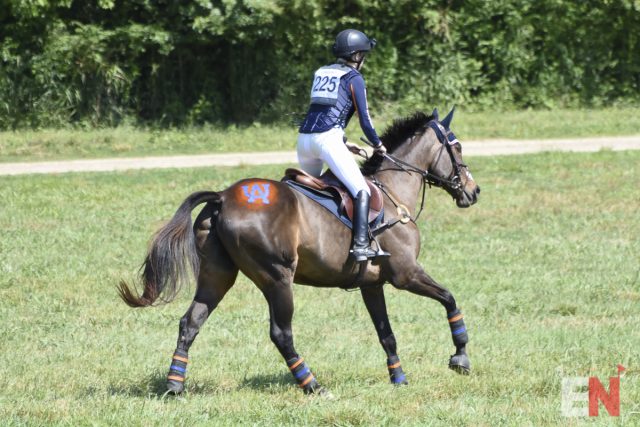 “I just wanted to come out and have fun and have a good team experience, and we were able to pull off a win again! It was just nice to come out here at our home event and get to kind of show everybody what we’re made of, and that we’re a great team and we work really well together,” said Aubrey Wagner, who was a member of the 2018 championship team. 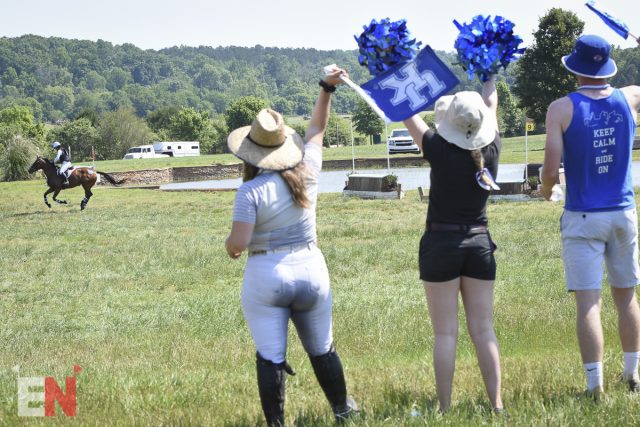 The University of Kentucky was a force to be reckoned with, and the wildcats claimed both second and third place with their Blue Team (97.857) and Wildcats Team (102.875), respectively. 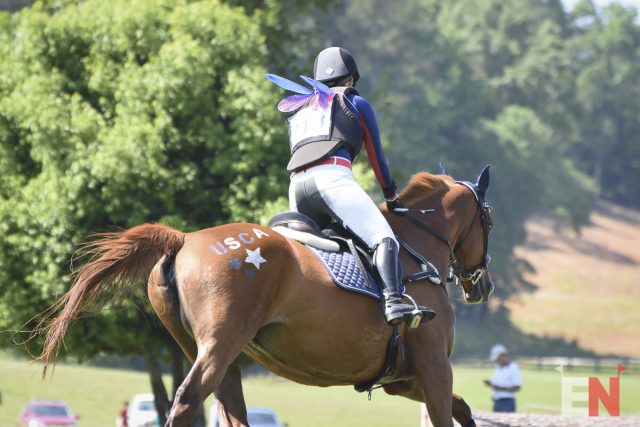 Bailey Hamilton and Chantilly Lace and A Pretty for USC Aiken. Photo by Shelby Allen.

The University of South Carolina at Aiken was fifth. Their team of Bailey Hamilton, Virginia Quarles, Sophie Miller and Kristen LaVassar moved up from seventh overnight to finish on a cumulative score of 106.5.

Champs is finally here and it started with a bang! Our little Aggieland is set up, we’ve practiced our yells, and we’re ready to BTHO Champs!! Good luck to all of our riders!

Texas A&M University were the winners of the coveted spirit award. This award had new judging criteria this year which included a relay race, cross country fans/tailgaters, barn decorations and team entertainment at the competitors party. It was a tight race — with Texas A&M decked out all weekend in their Gig ‘Em overalls and Kentucky signing loud and proud in every corner of the event. Ultimately these two teams were separated by one single point.

The award-winning teams had a special treat this afternoon as they were given ribbons and prizes on the very same podium that was used at the 1996 Atlanta Olympics. Thank you to Hugh Lochore for organizing a top notch competition, and to Leslie Threlkeld, the chair of the USEA Intercollegiate Committee, who has gone above and beyond to grow this program. Well done to all the colleges and universities who fielded teams.