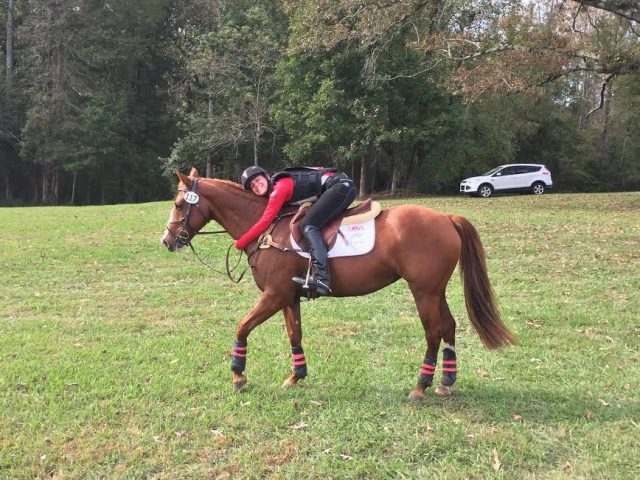 As eventers look forward to the 2018 show season, the University of Georgia Eventing team reflected on its accomplishments from this year. Since its inception in 2012, UGA Eventing has been a force of nature on the USEA Collegiate Team Challenge circuit, but the recent 2017 fall eventing season has proven to be an exceptional one. The team kept their riders busy with a Ride-a-Test, three clinics with top rated riders, and five optional team challenges.

With the help of team advisor and international 4* eventer Kristin Schmolze, the team organized a Ride-a-Test on Sept. 9 to kick off the semester. Team members completed a dressage test and stadium round, judged by Schmolze, at various levels from Beginner Novice to Preliminary. With feedback from a well-seasoned eventer, riders felt ready to attack the 2017 fall competition season. 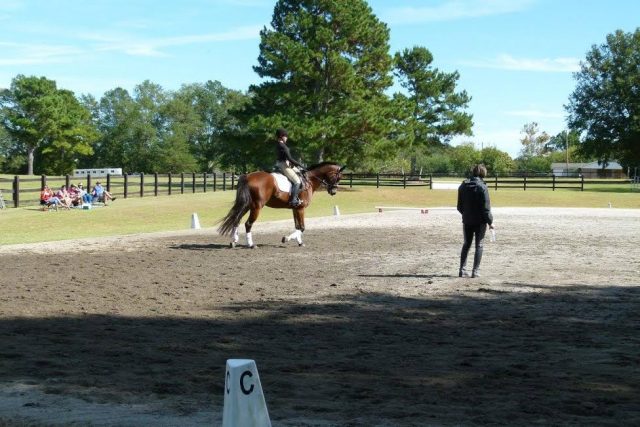 USDF gold and silver medalist Sandy Osborn helped team members master their dressage skills on Sept. 30-Oct. 1. Over the course of a two-day clinic hosted by Knotty Branch Farm in Hull, GA, Osborn spent an hour with each rider, critiquing their technique and adjusting her teaching style to match each horse and rider pair.

Freshman Sophie Tallman says, “I loved riding with Sandy because she started out the lesson with the basics of just getting your horse responsive and off your leg. If you didn’t understand something, she would try explaining it another way until everything clicked. She had me work up to more technical movements and had so many different exercises for each rider … I would not hesitate to ride with her again!” With background as a competitive rider, trainer and dressage judge, Osborn brought a unique perspective to UGA Eventers. 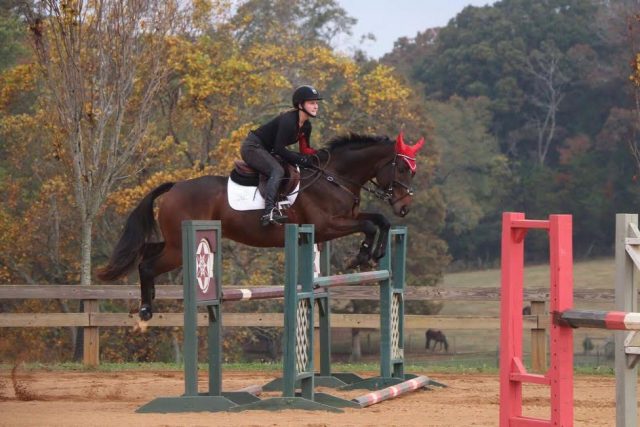 Annabelle Kremer and Delgado in the Preliminary division at the Kurt Martin clinic. Photo courtesy of UGA Eventing.

The team’s second clinic was hosted at Silverthorn Farm in Athens, Ga with 4* eventer Kurt Martin. Riders responded well to Martin’s patience and experience as he guided members through challenging show jumping questions. Several riders also participated in a third, optional clinic with UGA alumni Libby Head, another successful 4* rider. Through her continued support of the team, Head has served as an incredible mentor and friend to several UGA Eventers.

“I love being able to stay involved with the team even after graduation, whether it’s teaching clinics or just cheering everyone on at events,” she says. “It truly takes a village and having a close group of girls that are willing to help each other, both in horses and in academics, is something I wish I had in college sooner!”

UGA Eventers put their skills to the test at the USEA Collegiate Team Challenges that were hosted throughout the year. This semester, Georgia sent riders to all five challenges and sent teams to three of these events. Georgia placed competitively at each show, winning the Windridge Farm Event and Tryon Riding & Hunt Club H.T. Karolina Sabonaityte, who competed at several team challenges, noted that competing in a collegiate environment greatly enhanced her involvement in the sport of eventing. According to Sabonaityte, collegiate eventing is rooted in great support and comradery, an irreplaceable experience.

The team has been known to attract members from across the country, and this year proved no different. UGA Eventing boasts a roster with student from as far west as Colorado and as far north as Massachusetts. Seven new freshman joined the team this fall, four of whom were out of state students. Jessica Simons traveled all the way from Colorado to enroll in the University of Georgia and compete on the eventing team.

Simons said that traveling across the country for college was daunting, but the friendships she has built through the team made the transition considerably easier. “The team became a second family to me,” she says. “I cannot picture going to any other school after all the incredible memories I formed with this team.”