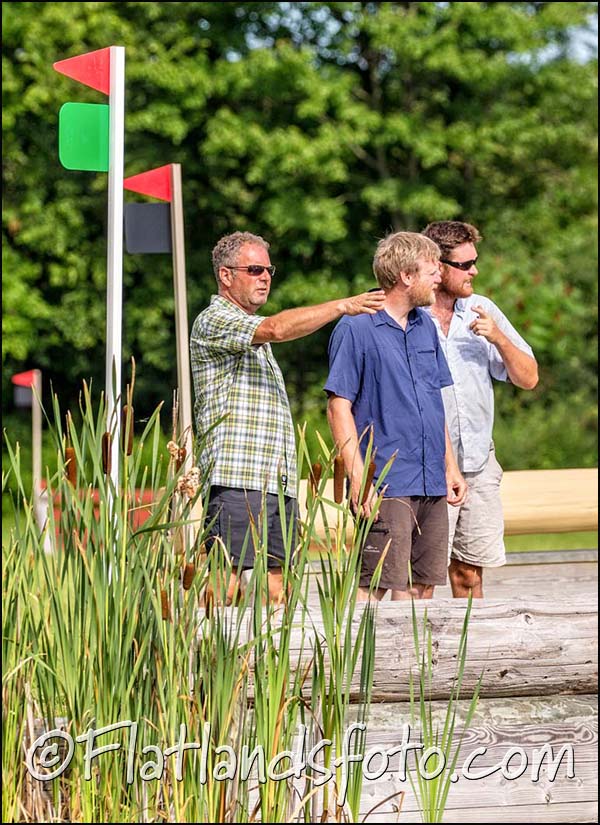 The loss of Tremaine Cooper on Saturday March 13, 2021 will be felt for years to come by everyone who knew him, especially those connected to the Millbrook Horse Trials. Beyond his many well-known accomplishments — as an FEI-licensed course designer, cross country jump builder, national USEF course advisor, member of the USEA Board of Governors, competitor, co-chair of the building/design committee and work with the USEA to establish the frangible pin distribution program — Tremaine was first and foremost a truly good human being.

Tremaine initially became involved in the Millbrook Horse Trials in the 1980s and has been the sole course designer for the last two decades. He was an artist who understood and appreciated the character of the land he was working with and how it affected the way horses perceived the intelligent and intuitive design and construction that characterized his work. Over time, the event has become indelibly stamped by his thoughtful planning and construction.

Tremaine’s impact goes far beyond just the impressive cross-country courses he designed and built. He was a true team player on the Millbrook Horse Trials core team. Every year he hauled his equipment back and forth, first from Massachusetts and then from Virginia, because we do not have our own. He answered endless pleas from all directions for favors that couldn’t be done by others, whether it was moving pallets with his forks, spreading stone on the driveway, or pulling out rigs that were stuck in the mud. He might have had a better idea of how to do your task or he might put your favor somewhere down his list of things needing to be done, but he never said no, especially when it was a personal favor for someone in a jam.

Tremaine was a kind, quiet, generous, humble soul who endeared himself to all, and lucky were those to whom he was a close friend. His will be big shoes to fill. He will be sorely missed, but his presence will be forever stamped on the Millbrook Horse Trials.

For everything, we thank him. Our thoughts and prayers go with Tremaine and to his family.