The inaugural Southeast Schooling Show Championships took place Oct. 7, with an opening ceremony on Oct. 6, at Chattahoochee Hills in Georgia. The event offered Tadpole through Training level three-phase divisions as well as combined test and straight dressage options. Penny Morse, vendor/sponsor/volunteer Coordinator for Chatt Hills Eventing, shares the story of how the Championships came to be. 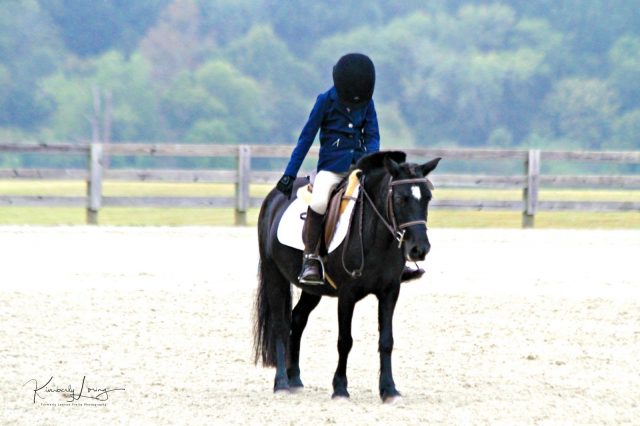 It was one of those fleeting moment ideas, that usually leaves just as fast and five minutes later you cannot remember what it was you were thinking. This time it evolved into the ‘I have a dream’ mode. Nothing as profound as Martin Luther King, but as the thought swirled around in my head that is already full of magazine, volunteers, pay bills and what can you do with chicken for dinner that hasn’t already done a hundred times before, and it just kept nagging at me.

I ran it past a June Brewer who ‘got it’ straight away and after presenting the idea to Hugh Lochore, General Manager of Chattahoochee Hills Eventing, who also ‘got’ the idea straight away; well the rest is now history! 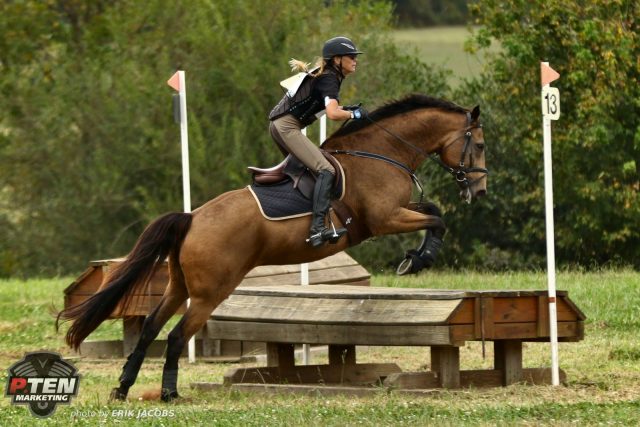 This is not a project to take on for the faint of heart. It is huge, and there is much involved and it takes an army with ranks to put it together. I am fortunate to know ‘really good people’! Without them, it would never have happened. June Brewer and Betty Smith; Margaret Lindsay and Megan Gosch; Vickie Dice and Ellen Taylor; Joanne Morse and Sally Raczkowski; these are the ladies who played a part, some bigger than others but like everything else it takes big and small to make something work successfully.

So what is the point of having such an event? There are several factors that make this event so important, and some of them relate totally to the direction the sport of eventing has taken. It seems to have become all about money while passion and the accomplishment have taken a step back. 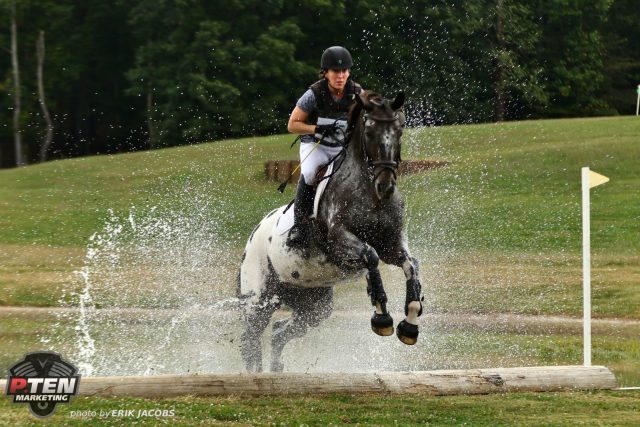 There has always been big money in show jumping and dressage. They are the main attractions in Wellington, during the winter, with owners and riders enjoying the social environment. Yes, that lifestyle is for the rich and famous, whichever way you look at it. Only a small percent of the equestrian world can afford the luxury of avoiding cold winters and enjoying the warmth of Wellington. Eventers, however, put on their heavy duty jackets and braved the wind and the snow, or if they are lucky, head to Ocala.

However, as in everything, when the disposable income of many is reduced, there is a need to cut back on certain things and unless you are in the ‘equestrian business’ many have to cut back on their ‘horse habit.’ Nationally recognized shows have become more and more difficult to hold due to increased demands from governing bodies. Entry fees are expensive, and with fewer ‘owners’ willing or able to spend thousands on one event, the entries have slowly declined. Some events have kept their number of entries during this time of cutting back, due to people’s loyalty over the years but sadly some have not. Not every facility can compete with new money coming into the sport and offering good prize money to attract riders; but that event with the large money payout demands a larger entry fee. Without realizing the consequences, the sport is allowing itself to become an elitist’s sport, even though it has always prided itself on being the one discipline where you could still win on the $1,000 Thoroughbred. 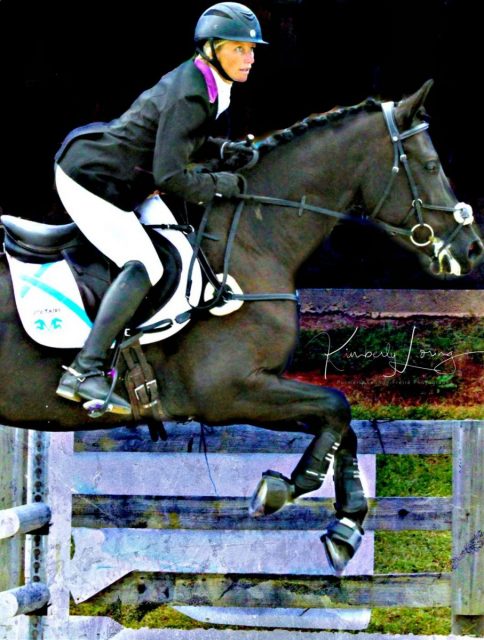 I heard a remark that stood out for me during the SeSSC. The person enjoyed NOT seeing fancy rigs with big sponsor names on the side, but regular trailers, with ponies and horses of all shapes and sizes and breeds! Don’t get me wrong! There were some very fancy horses and ponies with every rider looking a million dollars, decked out better than many riding on the recognized show circuit! The leather was polished, the boots were shining, and those horses glistened and every rider was excited to compete in their version of the AEC/US Finals. The atmosphere was pulsating, something I haven’t experienced in years and years. Those riders, from all walks of life, and all ages had earned the right to be there, AND could afford it without breaking their piggy banks. 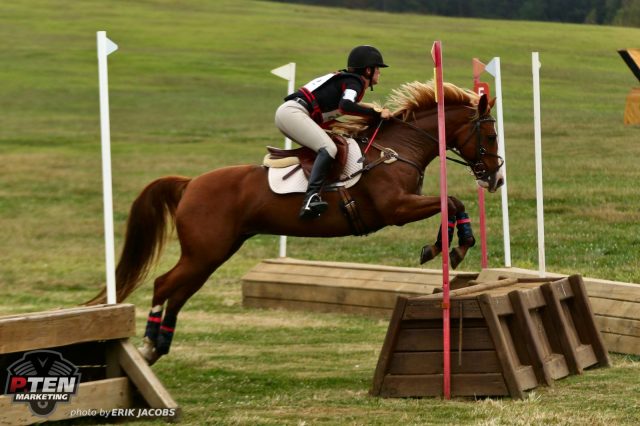 There are two occasions on the SeSSC weekend that I will always remember. The first was Friday afternoon. Clayton Fredericks, after having taught a very successful clinic on the Wednesday and Thursday, offered to stay and do a course walk on Friday afternoon with all competitors who wanted to join him. As I went down to the start box, to see how many showed up, I saw Clayton chatting with around 20 young riders, all awestruck by his voice and the fact they were about to walk their course with an Olympian and a four-star winner. Something caught my eye, and as I glanced to my right and an image of the old Coca Cola commercial ‘I’d like to teach the world to sing’ came into my mind as over the hill, strutting across the grass came a hoard of trainers and riders, with dogs in tow, all ready to walk the course. They were excited, both young and mature, ready to take in every word! This was a great start! Clayton Fredericks was charming, chatting with riders who will probably never ride at his level but are just as passionate about the sport. 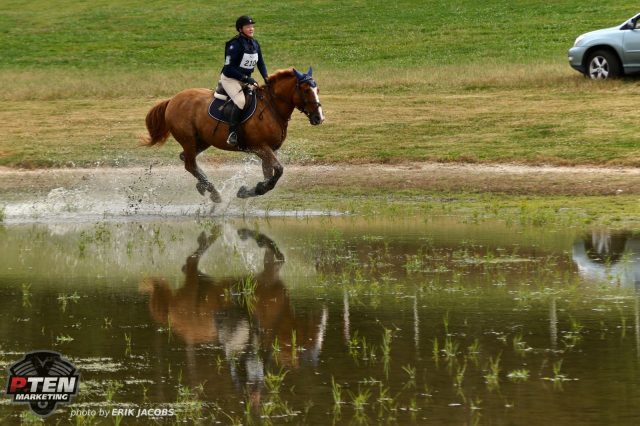 The second occasion was Friday evening at the Opening Ceremony. Riders were told that the party started at 6:30 p.m. The Pavilion went from being quite quiet around 6, to packed with eager competitors, instructors and family members by 6:25! Most had never experienced a competitor’s party or a ceremony to start a horse show. The National Anthem was sung a cappella, as the young rider and her horse stood quietly in the arena holding the American flag. Everyone stood, without being asked, and everyone’s heart was covered by their hand. There was not a dry eye in the house. Young and old were so appreciative that they were there, and that it was being celebrated in such a way, that it felt bigger than we could ever have imagined. This was their Kentucky; their Olympics; their moment. 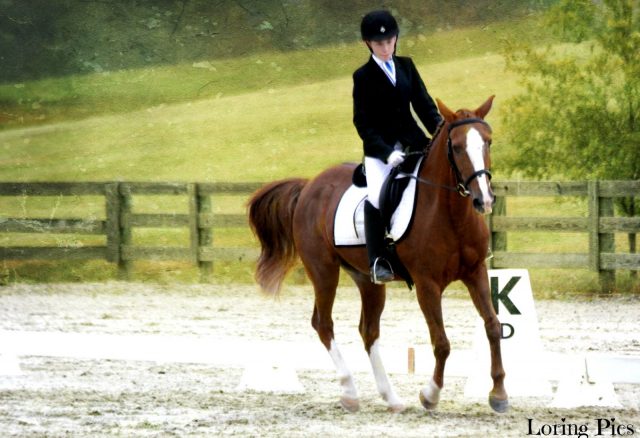 So to those who are only interested in the elite, you are missing out. The grassroots of every sport is in everyone’s backyard, and I am proud to say we are the first to celebrate that with a first class event, amazing perpetual trophies sponsored by individuals and small and large businesses, big fancy ribbons and a fancy trophy to take home. As we take this event to other areas, I hope we can educate people that it is the schooling show competitors who keep the horse industry going. These are the people who spend the money in the stores and to attend events. These are the riders who pay for their lessons every week which allows their trainers to compete at the recognized events.

I congratulate all the riders, the sponsors and everyone who worked hard and tirelessly to make this a success. Next year we will be adding a Collegiate Team Challenge and a collegiate award, plus a few more that will be announced at a later date! It started with a thought that became an idea that grew into an event. 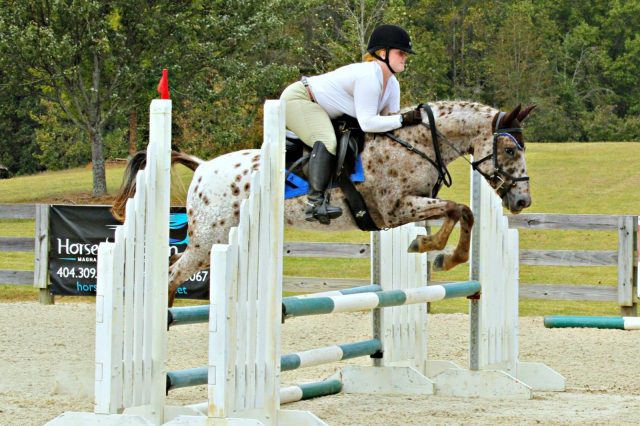 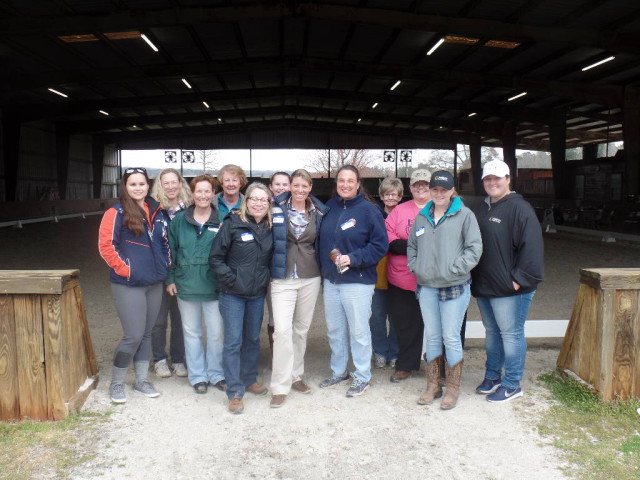 The annual Scribe Clinic at Chatt Hills was held this Saturday. The clinic was taught by Amanda Miller, eventer and R Judge, and she kept everyone’s attention throughout the morning. Her sense of humor, down to earth attitude and ability to relate to the attendees made it pleasurable despite the rain trying to interrupt.

We covered stewarding, scribing and some new rules on cross country. The students came away better trained and well prepared for this season. Chatt Hills recognizes the importance of all the volunteers, and it is clinics like this that make their job easier, and the official’s job easier.

Big thank you to Hugh Lochore and Chatt Hills Eventing for hosting the clinic, Atlanta Horse Connections for providing breakfast and lunch, and once again Amanda Miller for driving down here from North Carolina to be with us and being such a great teacher. 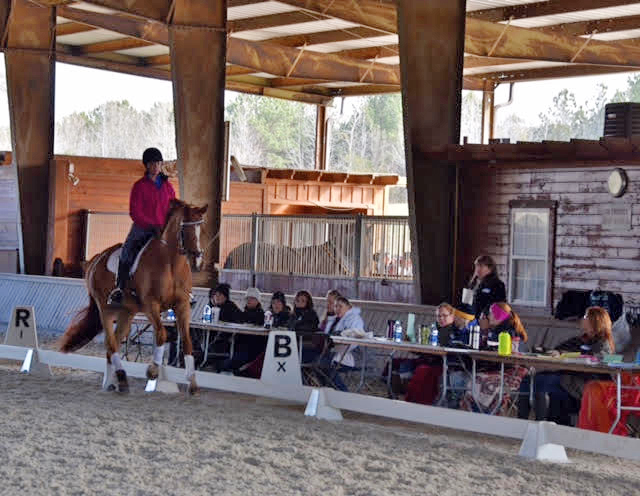 As every event facility knows, you cannot be successful without your volunteers.

To be prepared for this year, Chattahoochee Hills held their first Scribing Clinic this past Saturday, Feb 6. Leslie Olsen, an esteemed ‘R’ judge and good friend of Chatt Hills, taught the clinic, giving the attendees confidence, new knowledge and hints to make life easier for the judges and the scribes. Her anecdotes of her experiences throughout her years of scribing and judging entertained everyone and caused many smiles and giggles.

Ryan Garza and Ashley Keller rode their horses and demonstrated the tests most beautifully. Margaret Lindsay and Kinni Peters, longtime experienced scribes, were there to aid the attendees in explaining some of the terminology and to help everyone keep up to speed. At the end of the four-hour class, everyone felt confident, enlightened and ready to volunteer throughout the year.

Hugh Lochore, event director and farm manager for Chatt Hills, was very supportive of this event. He has always believed that volunteer training gives everyone the knowledge to do a really good job, and in turn benefit the riders. It is intended for this to become an annual event, giving even more people an opportunity to learn a new skill.

Cavalor generously provided lunch for everyone, so many thanks to them. Contact Chatt Hills for helpful information if you would like to hold a similar clinic.