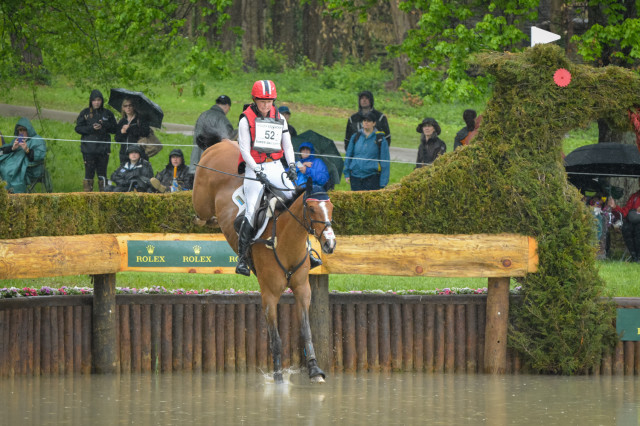 Avery Klunick and In It To Win It. Photo by Leslie Threlkeld.

Our hearts are broken for Avery Klunick, who lost her friend and partner In It To Win It in colic surgery last night.

Avery and “Winston,” a 16-year-old New Zealand Sport Horse, began their relationship in 2008 and in our Rolex Rookies profile of the pair earlier in the year Avery described him as her “first everything … We’ve basically grown up together.”

They moved up to the Advanced and three-star level in 2014 and picked up several top placings, including a fifth place in the CIC3* at Twin Rivers in 2014, a top-25 in their first CCI3* at Bromont, and a top-10 in the CCI3* at Rebecca Farm last year.
The zenith of their career arrived earlier this year, when the pair jumped clear around their first and sadly final four-star cross-country course.

The Eventing Nation family extends our heartfelt condolences to Avery and Winston’s connections.