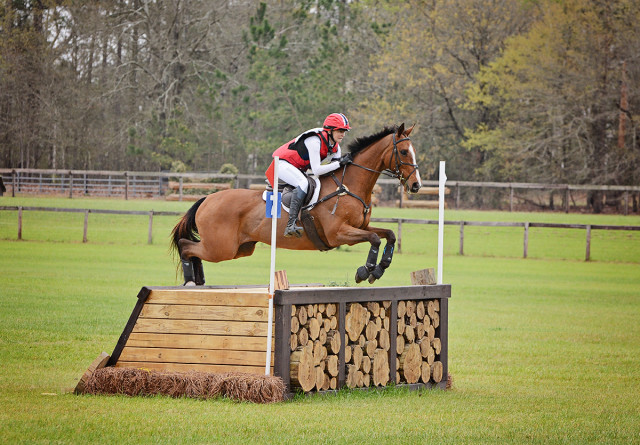 Avery Klunick and In It to Win It. Photo by Jenni Autry.

Avery Klunick is a well traveled girl. Growing up in Texas, she never imagined she’d one day end up on both coasts pursuing her dreams of competing at the uppermost levels of the sport. Now, she’s just made her CCI4* debut today in the fabled Rolex Stadium.

In It To Win It, a 16-year-old New Zealand Sport Horse, came to Avery when she was younger, at the end of 2008. Avery’s trainers in Texas, Bobo Wroe and Kathleen Zins, found him in Michigan. He’d won a CCI1* with former rider Julia Briskin, but it wasn’t all butterflies and rainbows for the new pair at first.

“It was hard to learn how to ride him,” Avery recalled. “I was just a kid, I didn’t have much experience. He’s a really cool horse, he’s super brave, I just wasn’t that good when I got him. It was an example of a kid getting a really nice horse that they weren’t necessarily ready to ride, but somehow it ended up working out as we kept going.”

It’s been a labor of love for Avery and Winston, whose partnership is numbering eight years this year. “We’ve basically grown up together,” she said.

Avery recalls receiving a poster from Rolex in 2009 and zeroing in on this event as her big goal. It was when she went to Young Riders for the first time that she truly realized that this sport was special and that she wanted to see the game through. 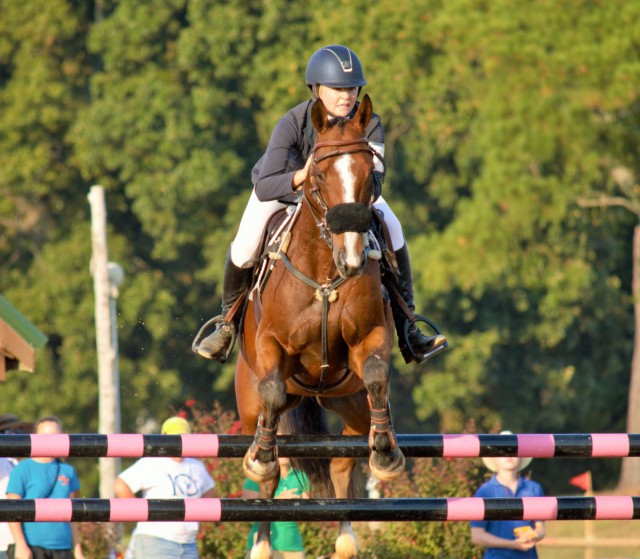 Avery Klunick and In It To Win It. Photo by Sally Spickard.

But she took the ‘typical’ route, going to college straight out of high school. This didn’t prevent her from working towards her goal, however, and she eventually took a job working for Derek and Bea di Grazia in California.

“Senior year of high school, I went to Galway to do the one-star,” Avery said. “My coach had gotten really sick, but her daughter had ridden with Derek and Bea, so she called and asked if they could help me.” After that, she called the di Grazias asking if they had a spot for her in the summer, which she did.

“Texas is wonderful, but I just wanted to see what else was out there,” she said. “I worked with Mike (Huber) and Heather (Morris) as well, and I just had access to really great coaching. It was ironic, my parents didn’t know horses when I first started and we somehow found Bobo and have always just been really fortunate with who we’ve chosen to work with.”

Avery calls Derek and Bea di Grazia “game changers” for her career. “They expected a lot from me, and they knew that I could do some really cool things with this horse if I kept working. They’ve definitely been my mentors through everything.” She’s also quick to thank Mary D’Arcy, with whom she has also worked for almost two years. 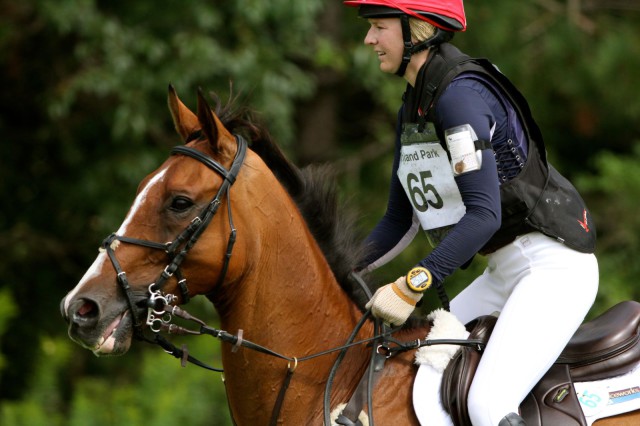 Avery Klunick and In It To Win It, Richland CIC3*. Photo by Rare Air Eventing Photography.

Avery and Winston have been campaigning at the Advanced and three-star level since 2014, picking up several top placings, including a fifth place in the CIC3* at Twin Rivers in 2014, a top-25 in their first CCI3* at Bromont, and a top-10 in the CCI3* at Rebecca Farm last year.

College graduation was coming up quickly, though, and Avery needed a plan as she looked ahead to what she knew she wanted to accomplish. She thought about who she’d want to work with going forward and eventually made a call to Boyd Martin.

“The funny thing about me is, I’ve always just met random people throughout my life,” Avery said with a laugh. “I had only met Boyd once before, and I’m sure he doesn’t remember, so when I called him it was definitely out of the blue.”

Sure enough, Boyd offered her a spot working for him in Aiken for the winter, so once again Avery packed her bags and her trailer and this time headed east.

“Basing at Stable View for the winter was an incredible experience, it really makes you up your game,” Avery said. “There were times when you’d be riding and there’d be several Olympians in the ring with you. It’s surreal. But it’s a really great feeling to be a part of a big team and a big program like that.”

“Boyd is a really good cross country rider, which is one reason why I really wanted to be able to work with him. He’s very intuitive, he can see things that I need to fix just at a glance. He really emphasizes riding accurately. I feel much better prepared now than I have before for Rolex.”

Avery’s goals this weekend are to have a respectable result — she’s realistic about this being her first goal but believes that she has the tools to do the job. “You never know what’s going to happen, but at the end of the day I just want to do right by my horse. It’s at the point where our work at home is getting so much better. I know Winston wants to do it, I just need to help him out.” 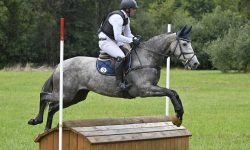