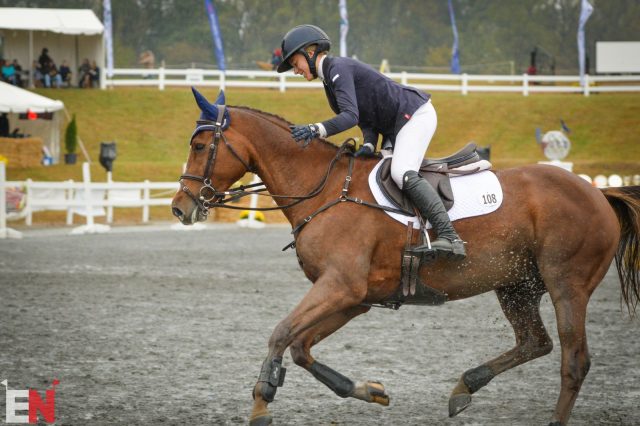 Rarely in our sport do all of the pieces seem to come together at just the right time. A brilliant dressage test here, a confident cross country there, a clean show jumping round somewhere in between — but not all at once, not as often as we’d like. But no matter what our end goal is, we are all still in pursuit of the same goal: one weekend where it all happens. Just one, enough to stock up on motivation to start the process all over again.

The weekend of the Dutta Corp. Fair Hill International was one such moment for 19 year old Mia Farley. Finishing in Reserve Champion position in the CCI4*-L — the first attempt at the Long level for both Mia and her nine year old Irish Sport Horse mare BGS Firecracker — was the ultimate payoff for the attention to detail Mia had focused on in the months prior.

I first made Mia’s acquaintance when she was 14 and competing Donn and Daisy Tognazzini’s The Good Witch at the American Eventing Championships. Mature much beyond her years and impressively well spoken, Mia didn’t hesitate to tell me that her pie in the sky goal was the Olympics. “I know everyone says that, but I just keep learning that things are possible when you work hard,” she said then. Now, five years later, she’s inching ever closer to that goal, but she also reminds us of the bigger picture that keeps her grounded: “I just want to be a good horsewoman.” 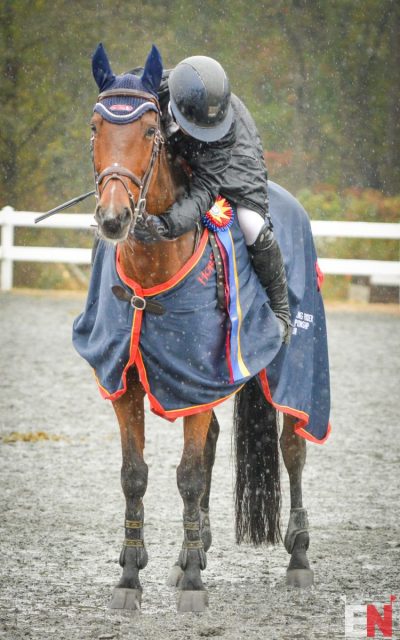 Mia relocated from her home in southern  California to Virginia to take advantage of an opportunity to join the O’Connor Event Team just in time for the early 2018 season. Her first lesson was a return to the fundamentals of riding, the competitive rider’s foundation. David O’Connor, Mia noted, was studiously detailed and encouraged her to break down her riding to address individual, smaller issues.

Mia also mentions her elbows, another detail that needed attention. “I would get confused with keeping my hands still but keeping my elbows moving,” she explained. “This made me lock my arms. David really helped me with this and taught me to have quieter hands.”

As Mia prepared to move BGS Firecracker (“Cracker”, as Mia likes to call her) up to the Advanced level heading into 2019, the learning curve continued. Every competitive, hungry up and coming rider wants to have success quickly, but Mia would need to address the foundational issues first.

“David is really big on teaching us to go with what the horse is telling us,” Mia said. “It’s been a struggle for me, because I always want to fix a problem right away. But he’s good at reminding me that you get there faster if you go slower.”

With Cracker, this has been invaluable. Mia’s developed an affinity for riding mares (The Good Witch, Fernhill Fine Diamond, and now BGS Firecracker had been the mares who have shaped her career) but this requires a level-headedness that we don’t all possess. And Cracker hasn’t been the easiest to partner with, Mia admits. The beginning of the pair’s first Advanced season was far from ideal — they ultimately came to grief with a double dose of eliminations earlier this spring. 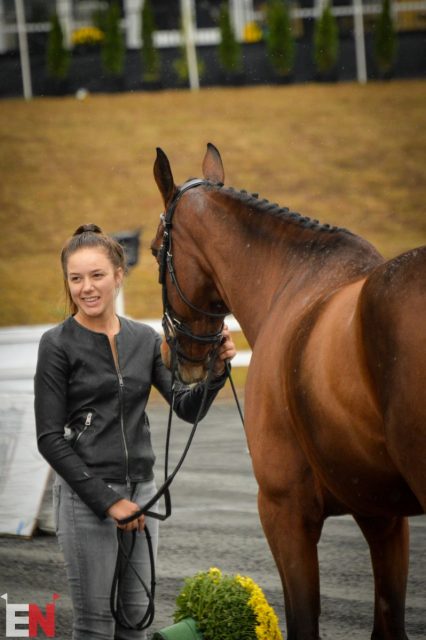 But as we all do, Mia kept her head down and kept at it, finding issues, addressing them, continuing on. The pieces began to fit together. Mia learned to ride more efficiently across the country. She continued to work on building trust with her mare. Two cracking prep runs before Fair Hill gave her more confidence as her 4*-L debut barreled toward her. She credits the O’Connors as well as her past trainer and mentor, Ginnie Bryant, for giving her both the motivation to keep chipping away and the confidence to believe that she was up to the challenge. “It’s amazing what you’re motivated to do when someone believes in you,” she said. “I think heading into Fair Hill, David and Karen knew I was more ready than I thought I was.”

Mia is quick to point out the areas in which she’d have liked to have done better during Fair Hill weekend, and she says her main expectation as she went in to show jump was to just have a clean round. But the end result was better than she ever imagined — “If you’d told me six months ago that I’d end up second at the Fair Hill four-star at the end of this year, I would have laughed at you.” To add a cherry on top of the whole pie, Mia also finished 11th in the CCI3*-L with Fernhill Fine Diamond, who she has campaigned this year for now-owner Charlotte Zovighian.

For Mia, the weekend was a taste of what she’s spent her still-young career working for, and it was a large enough dose of inspiration to bottle up for the next go-round.

“It was a true privilege to be able to ride with top riders like that, and I’m very thankful to have a horse that allows me to do that,” she said. “Making a bond with my horses is really important to me. I remember saying a long time ago that I hoped I would be able to have that relationship with my horse that would get us to the upper levels and, well, now I guess I can say I’ve done that.”