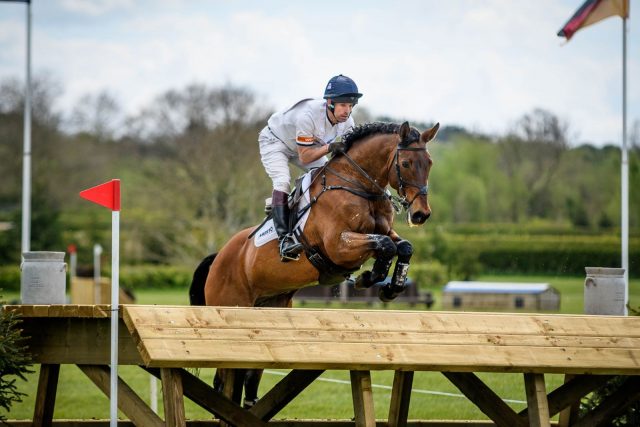 After a couple of minor technical hitches, the Badminton Horse Trials draw was conducted live via Facebook this morning, helmed by presenter Rupert Bell and pulled by the Duke and Duchess of Beaufort. As always, all entered horses and riders – including the 23 still on the waitlist — were given a spot in the drawn order, which comprises 118 total allocated numbers at this stage.

This year’s trailblazer will be local entrant Harry Meade, who has three horses entered and will be allowed to come forward with two of them. That gives him the luxury of some choice: he drew number 1 with Tenareze and numbers 2 and 102 with Cavalier Crystal, both of whom are five-star first-timers, while his experienced campaigner Away Cruising will be among the last out of the box as number 101. British rider Kirsty Chabert will be second in the ring — and out of the start box — with her first ride Classic VI, followed by an Irish double-hander in Padraig McCarthy and Fallulah (4) and Joseph Murphy and Cesar V (5).

The man with the most entered horses will be relieved to have a bit of a breather before his turn: World Number One Oliver Townend has frequently drawn the number 1 position on this list, too, but this year, he’s all the way down in 11 with Kentucky victor Cooley Master Class, 12 with Tregilder, 13 with Burghley and Kentucky winner Ballaghmor Class, and 14 with the former Andrew Nicholson mount Swallow Springs. At the other end of the list, he holds number 107 with Ridire Dorcha, 108 with Tregilder, 109 with Ballaghmor Class, and 110 with Swallow Springs. He’ll be able to pick one of those early draws and one of the late ones for his final selection, which looks likely to be Ballaghmor Class and Swallow Springs. 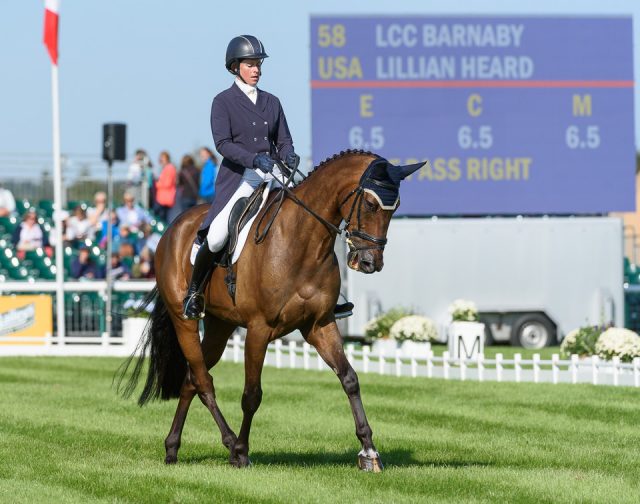 118 numbers have been allocated in total for a final starting list of 85 horses and riders, and with such an enormous spread, predicting when horses and riders will perform their dressage tests is more of a guessing game than an exact science. But the USA’s hot list of entered riders look largely set to dominate Thursday, with Lillian Heard and LCC Barnaby leading the way as number 20. Following closely behind them is Phillip Dutton with Tokyo partner Z, who have been allocated number 22, while Tamie Smith and Mai Baum will make a bid for the dressage lead as number 26, which should see them sit in the first session after the lunch break. British-based US pair Tiana Coudray and Cancaras Girl are currently ninth on the waitlist but, if accepted, will follow Tamie and Mai Baum as number 27. Ariel Grald and Leamore Master Plan hold number 30, which also currently looks like a Thursday afternoon slot, while Will Faudree and Mama’s Magic Way have drawn 48, which puts them on the cusp between the end of the day Thursday and first thing Friday morning. 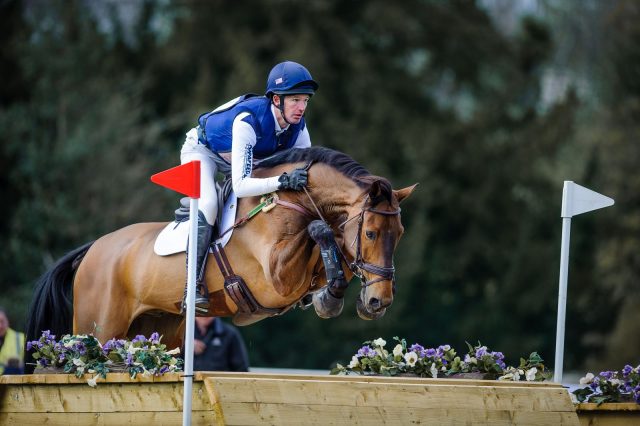 Further down the field, and looking much more like a Friday competitor, is Matt Flynn and Wizzerd, who have been based in England since January and will tackle their first Badminton wearing the number 55. They’ll have good company that day: Emily Hamel and Corvett are currently first on the waitlist and will wear number 95, while US-based Aussie Dom Schramm and Bolytair B have drawn number 64. Canada’s Karl Slezak and Fernhill Wishes will follow them as number 65, and Mike Winter and El Mundo, currently seventh on the waitlist, have been allocated the enormously covetable (?) 69. Grow up, you lot. 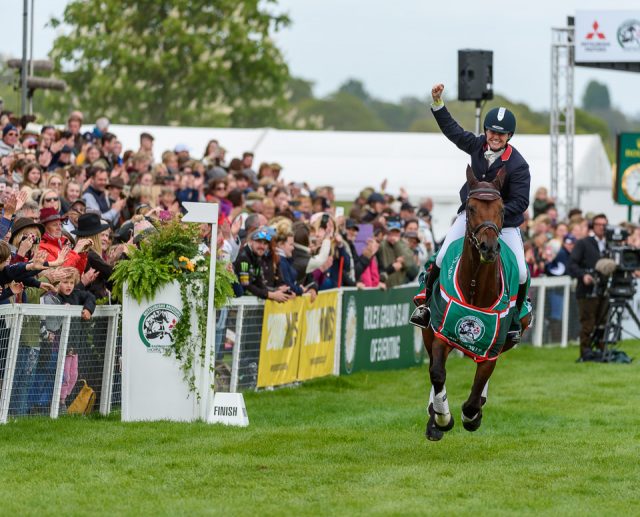 Reigning champions Piggy March and Vanir Kamira have drawn number 19 and will certainly be one of the combinations to watch, as will Piggy’s second ride, the excellent Brookfield Inocent, who has drawn number 114. World Champions Ros Canter and Allstar B come forward as number 10, preceded by European Champions Nicola Wilson and JL Dublin in 9. The entirety of Britain’s Tokyo front is out in force: 2020 Pau winners Laura Collett and London 52 have drawn number 70, while 2019 Pau winners and Olympic individual silver medallists Tom McEwen and Toledo de Kerser have an early draw of 7. Could it be a lucky number for the hot favourites in the field? 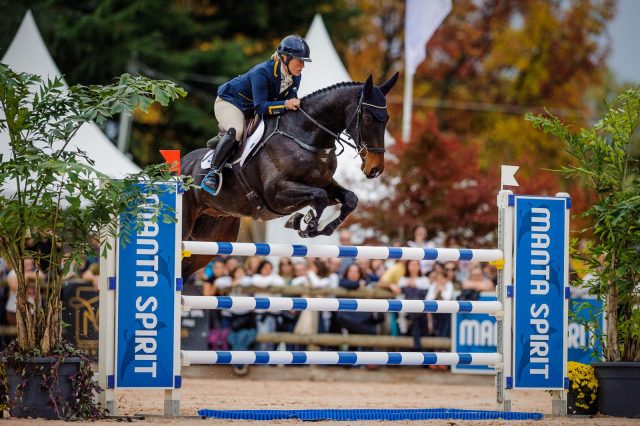 Kylie Roddy and SRS Kan Do. Photo by Tilly Berendt.

Last to go will be Badminton first-timers Kylie Roddy and SRS Kan Do, who impressed on their five-star debut at Pau last year for eleventh place. Kylie has also drawn number 17 with waitlisted entry Carden Earl Grey. The final start list will be confirmed on Sunday, May 1, after the final substitutions window from the waitlist closes at 2pm local time.

21: Caroline Powell and Up Up and Away (NZL)

46: Caroline Clarke and Touch Too Much (GBR)

65: Karl Slezak and Fernhill Wishes (CAN)