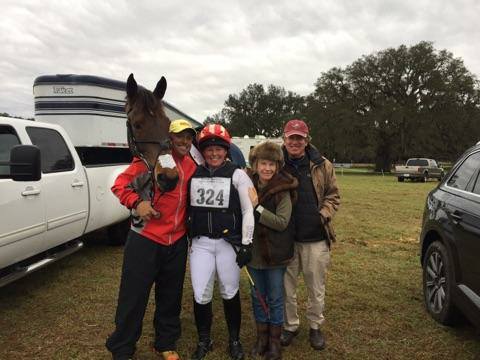 Buck Davidson’s head groom of many years, Kathleen Murray, has had the ride of a lifetime with Ballynoe Castle RM. The USEA’s all-time leading points earner and the holder of countless eventing accolades, “Reggie” is a fan favorite and a much loved pet at BDJ Eventing.

Because of the dedication Kathleen showed to the Irish Sport Horse gelding throughout his career, both Buck and owners Carl and Cassie Segal thought it fitting to say “thank you” by giving her the ride on Reggie this winter.

Kathleen and Reggie’s first competition together came this past weekend at Rocking Horse Winter I, where they competed in the Training Rider division. Leading through the first two phases, Kathleen’s watch unfortunately failed to start when she left the box on cross country, causing her to pick up some time penalties. Nonetheless, it was a great weekend (and a weird role reversal!) for the whole BDJ camp who came to cheer this pair on. 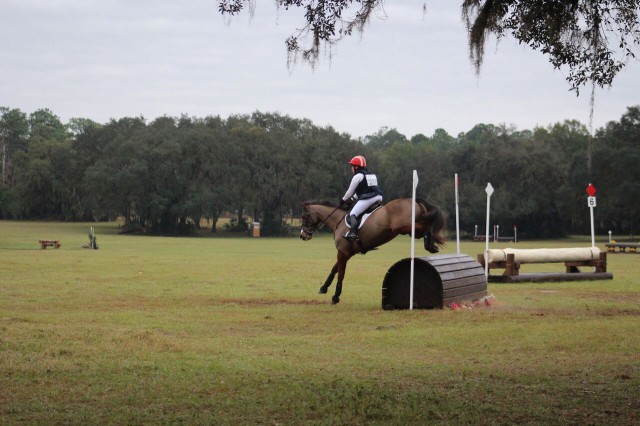 “I was pretty nervous,” Kathleen recalled. “But I also feel like I know Reggie so well that even though I haven’t ridden him as much, aside from trotting and hacking, I could know what to expect. As soon as he goes in that ring, he knows his job. I think the work in our test was probably better than anything at home — at home, he just trots around like a pony!”

In a twilight zone worthy role reversal, it was Buck who stepped up to pick up the grooming backpack for Kathleen this weekend, even coming to the show early on dressage day to take Reggie for one of his “nature walks” that Kathleen always did before dressage for Buck. 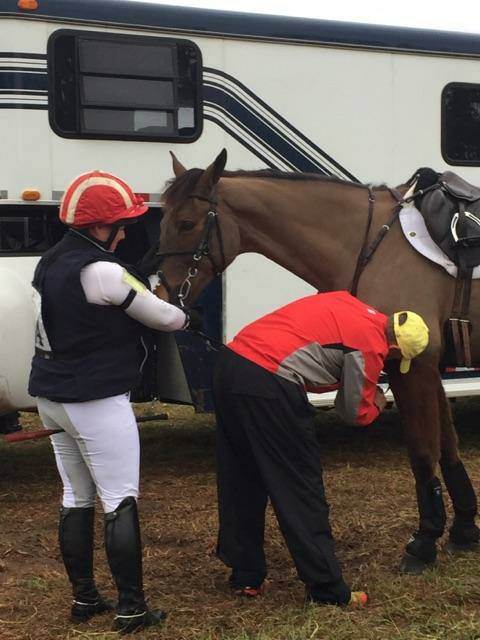 Put (my studs in), Coach! Photo via Kathleen Murray.

“He took it very seriously,” Kathleen laughed. “We have a lot of different things we do, and he nailed all of them. He even put my studs in for me and got my horse ready for cross country. For dressage, he knew exactly who was in front of me and what ring I was in, so I think he had been studying the program.”

On cross country, Kathleen said Reggie came out of the box like he was going Advanced. “He definitely thought we were going Advanced, but once we got over the first jump you could feel him say, ‘Oh, OK. Training level. Got it,'” she said. “Unfortunately, my watch never started and because we’d started off quick, by the time I realized my watch hadn’t started I thought maybe I would come in too fast so I slowed down.” 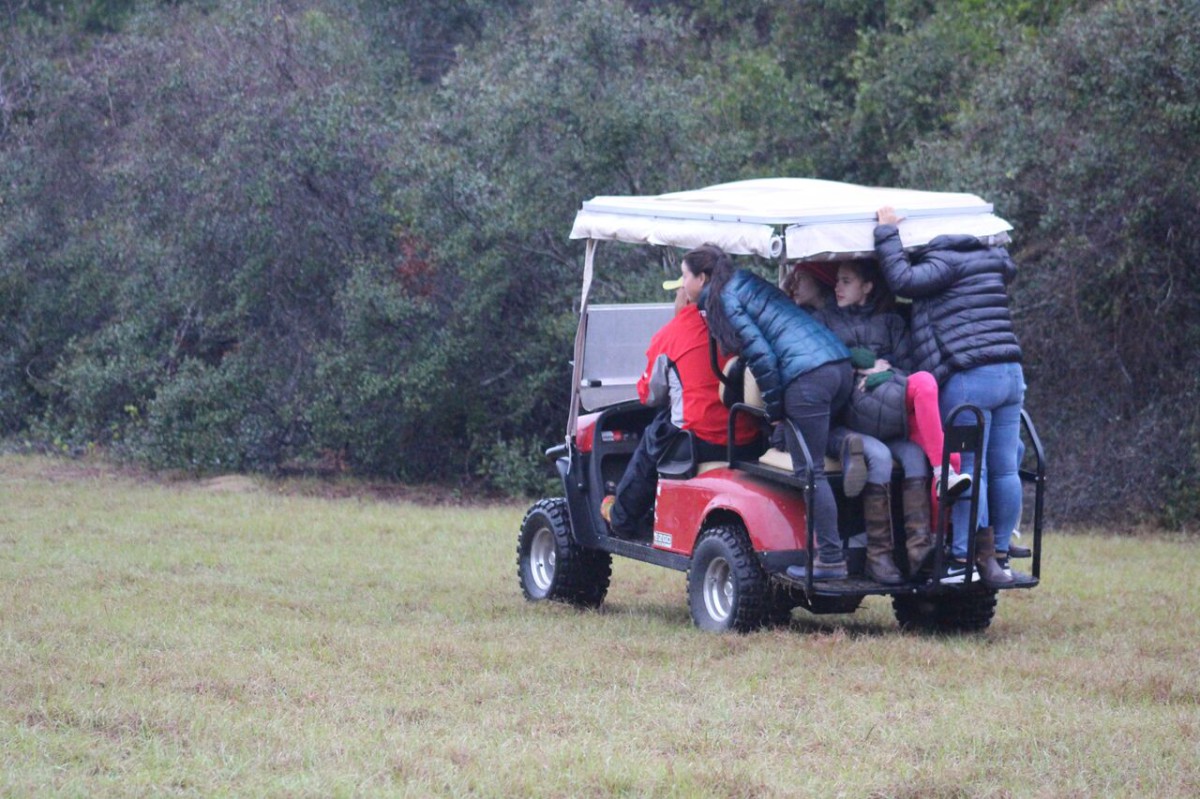 Regardless of the time penalties, Kathleen still came off the course with a big smile on her face — and she gets to do it all over again at the Ocala Horse Properties Horse Trials next month. Once the winter season comes to a close, it’s time for the grand finale: the test ride at Rolex Kentucky. How has that practice been going?

“Well, we’ve been focusing more on the Training level frame,” Kathleen said. “Obviously, the CCI4* test is much different, but we will definitely be practicing it.”