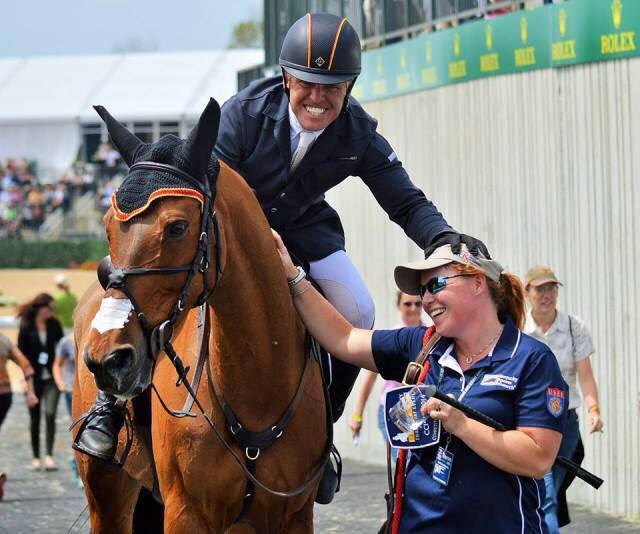 Ballynoe Castle RM, the all-time leading points earner in U.S. eventing history, will be retired in what is sure to be an emotional ceremony on the Sunday of the 2017 Rolex Kentucky Three-Day Event next spring, Buck Davidson confirmed to EN.

“Reggie,” a 16-year-old Irish Sport Horse owned by Carl and Cassie Segal, has been a longtime fan favorite for eventing followers, and for good reason. In January 2015, the USEA announced that Reggie had surpassed Winsome Adante as the overall points leader in USEA history with a total of 1,377 points accumulated. He currently has 1,676 points.

His numerous career highlights include six CCI4* completions, including Badminton and Burghley, where he finished 11th in 2009. Reggie won the USET Foundation Pinnacle Cup at Rolex Kentucky in 2013 with a third-place finish and was named Best Conditioned Horse the follow year at Rolex in 2014 when he finished fourth.

Reggie was also a formidable CIC3* campaigner, picking up 11 top-three finishes at this format throughout an FEI career that spanned nearly 10 years. He won the CIC3* at Richland Park Horse Trials in both 2011 and 2015 and picked up the biggest win of his career in the CCI3* at Jersey Fresh last year. He also represented the U.S. at both the 2010 and 2014 World Equestrian Games.

While his retirement plans are in place, Reggie won’t be lounging in his pasture just yet, as he’s got a new jockey who’s ready to take the reins. Buck’s longtime groom, Kathleen Murray, will take the ride this winter and compete Reggie before his official retirement. The reason for this decision? The best way Buck knew to say thank you to the person who has been behind the scenes throughout the horse’s remarkable career.

“Kathleen is going to do a few events this winter to hopefully get at least one USEA point so that she will always be on his record,” Buck explained. “I am the only rider that has ever gotten a point with him, but she is the reason for all of his success besides Carl and Cassie.”

Kathleen will not only compete Reggie this winter, but she will also be the test rider at Rolex on Thursday morning. “She is so excited and nervous,” Buck said. “I can’t wait to see her ride into that arena. She deserves it.”

Kathleen said Buck approached her about competing Reggie before Fair Hill. “I’m really excited but also kind of sad to see his career end. I’ve been with Reggie basically since the beginning, and it will be a good way to end it. Buck says he’s going to play groom for me at Rolex this time, so that will be funny.”

Kathleen will be coming off of a hiatus of several years, not having competed full-time since her former horse went to the one-star level. When asked if she’d catch the eventing bug again, she said, “I don’t know, but it will be hard not to while riding Reggie around! It will be pretty special. He’s just the perfect horse.”

‘There Will Never Be Another Reggie’

It’s been a long and rewarding journey for owners Carl and Cassie Segal, who have been longtime loyal supporters of Buck. For the Segals, owning an event horse is all about the process and supporting a sport that they love.

“It’s bittersweet for me to see him retire, but it’s great to see him retire on top of the sport and healthy,” Carl said. “It’s nice to see a horse go out in top form instead of chasing it and pushing until something goes wrong. It’s impossible to replicate — there will never be another Reggie — but our goal is to continue to enjoy the sport because we love it. Sure, we like to win and we like to do well, but you just do the best you can.”

“I think the thing that stands out to me the most is how similar Buck and Reggie are,” Carl continued. “They both work so hard and want to please. The partnership that they developed is so special. We had no idea when we bought him that he’d end up being a superstar. He and Buck are both very resilient, and that hard work really shows in the consistency of their performance and the longevity of their career together.”

Reggie will spend the winter at Buck’s base in Ocala, Florida, and will travel to Kentucky for his grand finale test ride before retiring to the Segal’s home in New Jersey alongside several other horses, including Buck’s former four-star partner My Boy Bobby.

The EN team wishes Reggie the happiest of retirements and good luck to Kathleen as she prepares for the test ride at Rolex. Our skull caps are off to you, Reggie. Thank you for the many wonderful memories.

Here are a few of our favorite “Reggie Reel” highlights from the past few years: 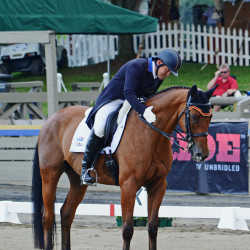 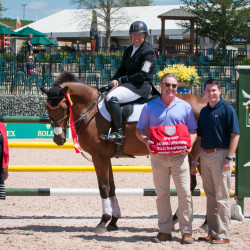 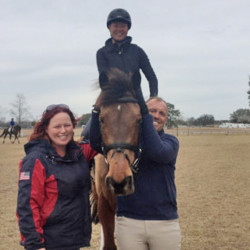 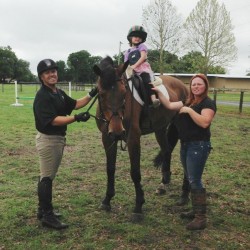 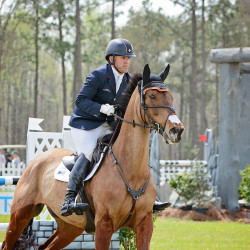 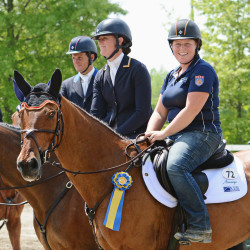 Kathleen enjoys the Jersey Fresh award ceremony from the best seat in the house. Photo by Jenni Autry. 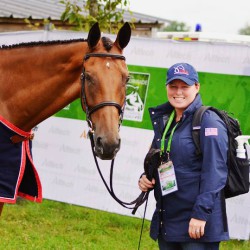 Some quiet time with Reggie. Photo by Jenni Autry. 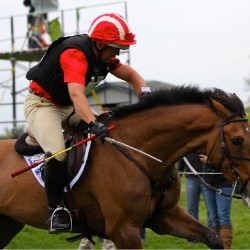 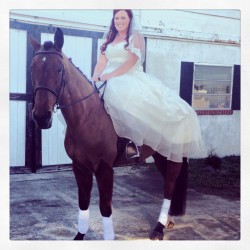 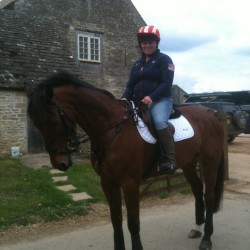 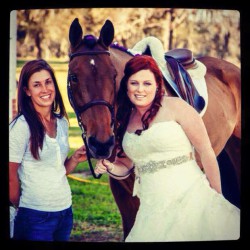 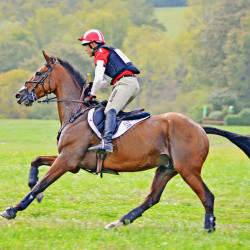