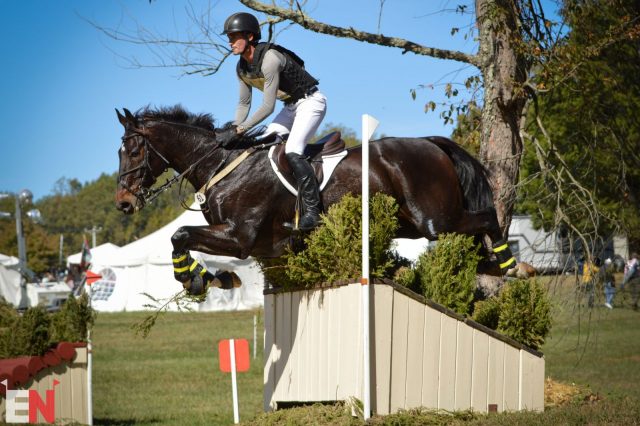 That was coach Sharon White’s last piece of advice to 23-year-old Woods Baughman before he left the start box with C’est La Vie 135 in the CCI3*-L at the Dutta Corp Fair Hill International Three-Day this morning. Lying in second place overnight after yesterday’s dressage, they took over the top spot with their double clear round and will stay on their dressage score of 27.6 after first phase leaders Alexa Gartenberg and Louis M added 5.60 time penalties to their otherwise clear round.

Woods found that Derek di Grazia’s course suited Baughman family-owned 11-year-old Hanoverian gelding rather nicely. This was Woods’ first clear round at Fair Hill, having previously only made it as far as fence 7 in past years.

“I was pretty much ready to go home then,” he smiled. “It made me so happy.”

“Contendro”, as he’s known around the barn, it’s a newer ride for Woods. He first met the gelding while working in Germany throughout 2018 for Dirk Schrade.

“He can be very stubborn but once he switches on he’s full business,” said Woods. “I don’t like to jump chevrons out of water so I was a little worried about that, but he’s so honest that if you just keep him straight he jumps anything you put in front of him. As long as you don’t try to fight him back and let him go he’ll tear around.” 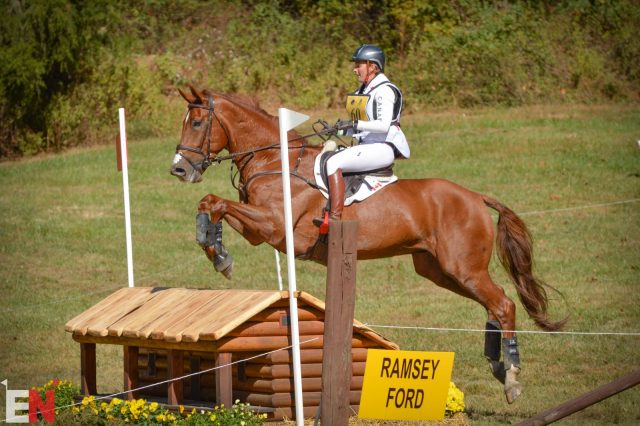 Another double clear round saw Canada’s Colleen Loach and Vermont maintain their position one point behind Woods on their dressage score of 28.6. After their dressage test yesterday, Colleen emphasized that building a partnership with the young Hanoverian gelding has been a focus of her’s ever since taking over the ride from owner Peter Barry.

“He felt great. He really galloped well,” said Colleen. “He was really listening to whatever I asked him.”

This weekend’s event is “Monty’s” second CCI3*-L and his first clear — a run out that Colleen attributes to a pilot error kept them out of a top finish at Bromont this spring. Given that the horse is only 7-years-old, Colleen plans keep the gelding at the Intermediate level next year and continue to gain mileage with him.

“He’s got a huge stride, but he’s very adjustable and rideable. This was a good course for him,”she said. “As usual Derek put out a great course and it invited a lot of bold, forward riding. But there were also places where you had to be smart.” 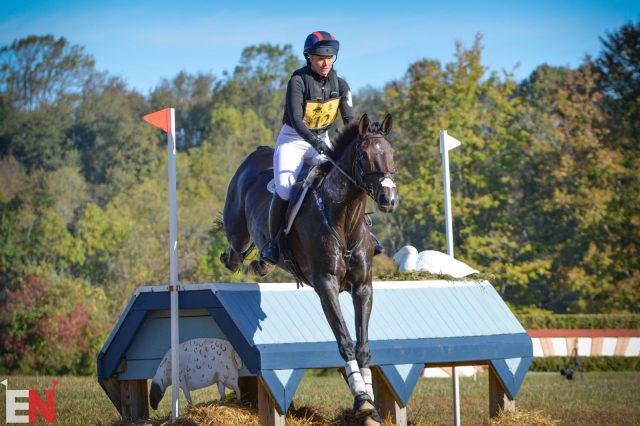 Third place is occupied by both Caitlin Silliman with Ally KGO and Holly Payne Caravella with CharmKing, both on their dressage scores of 29.8.

Caitlin and the Trakehner mare’s great round — which was one second under the optimum time of 8 minutes 46 seconds — was made even sweeter in that the mare’s owners, the McCue family, were out on course fence judging at 7ab.

“I gave them a little wave as I went by,’ Caitlin said. “They’ve been huge supporters of me since I went out on my own.”

The McCue’s purchased Ally KGO out of an auction in Wisconsin as a three-year-old. Now 8 years old, Caitlin says the mare has really matured and has started to particularly enjoy the sport. S

“It’s been fun to produce her alongside [the McCues] and see how far she can go. I’ve always thought she was special. She’s really talented,” said Caitlin. “She’s a natural athlete, but she’s a mare, so she can be tough.” 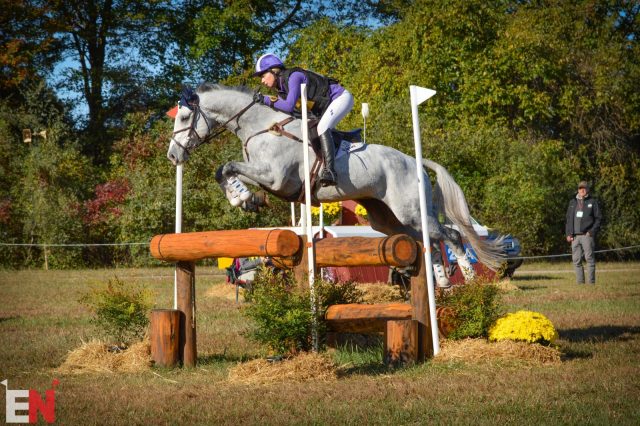 For Holly, time was key for a couple of reasons during her round aboard the 8-year-old Holsteiner gelding owned by CharmKing LLC. In the event of a tie at the end of the weekend, the higher placement will be awarded to the combination who came closest to the optimum time across the country.

“Normally, you try to go as fast as you can, but I knew I was up on my minutes and I looked at my watch as I came around the corner toward the second to last fence and I was trying to kill a bit of time, which you don’t normally do,” said Holly. “So I hung out on the turn, I gave a little half halt, then I looked at my watch and panicked. It’s like one of those nerve wracking things where you’re like, ‘I want to take my time, but not too much time.’”

“I was super happy with him today because he hasn’t always been the fastest horse, so we’ve been working on that,” she said.

Stay tuned for more from today’s FHI action — we’ll be brining you a CCI4*-L report later along with a photo gallery!