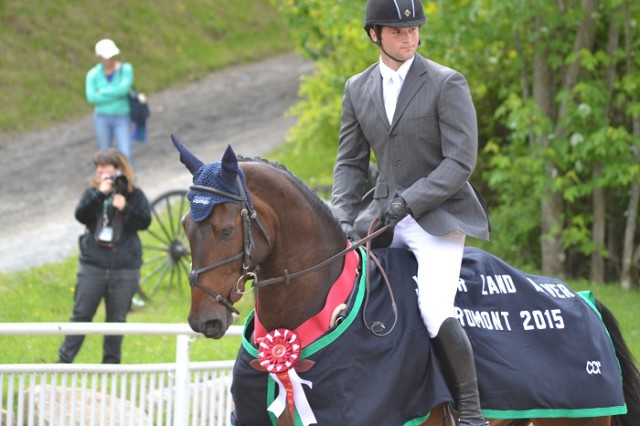 Beau Guimond and Filibuster ST grabbed the Bromont CCI1* dressage lead and never let go, besting a field of 32 horses with a final score of 42.4.

The 20-year-old from Harrisburg, Pennsylvania, went into show jumping with a rail in hand and started celebrating with a fist-pump about halfway over the final fence — a bit prematurely, perhaps, as the horse knocked the rail. But hey, lesson learned, and he’s still going home with a big silver cup. 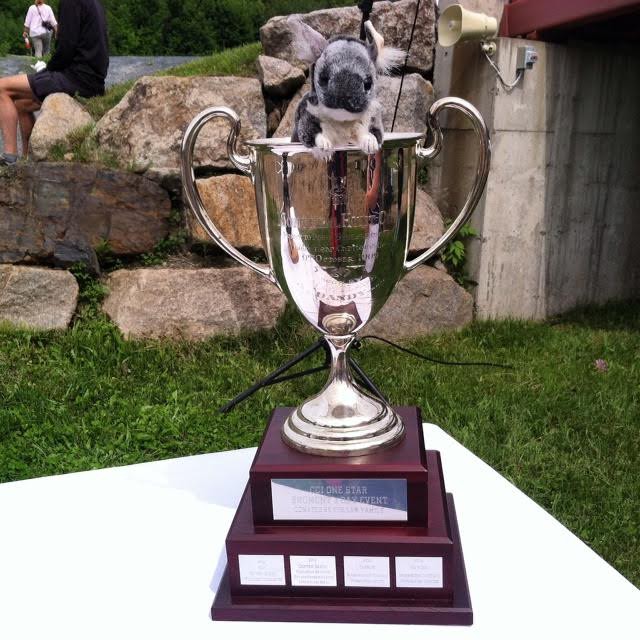 You know Chinch couldn’t resist getting up in that thing. Photo by Leslie Wylie.

Beau told us yesterday that he got the Canadian-bred Hanoverian about a year ago, having been sourced by Boyd Martin. This is Filibuster’s first CCI and Beau’s second, and Beau feels like despite their relative inexperience they’re a well-matched pair: “He’s a super horse and he tries, and I’m a bit green too.” 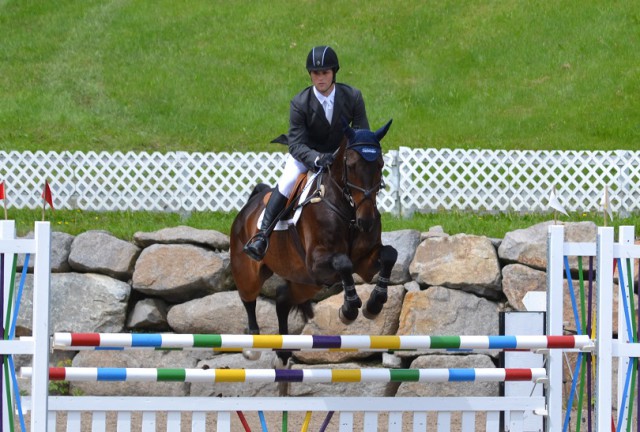 The second- and third-placed pairs held their ground from start to finish as well. Will Coleman and Butch Cassidy laid down a lovely round today for second place — you wouldn’t know from watching that he is just six years old. Will got the Spanish-bred gelding as a four year old and says he’s been a fun one to bring along.

The horse is actually a relative of Will’s 2012 Olympic mount, Twizzel, and he notes that the two have “eerily similar” personalities both in and out of the tack. In the barn, Will says both horses are cheeky and love people. Under saddle, he explains, “They have to be really encouraged to work hard but when you get them on your side they’re really both quite fun to ride.” Watch the full video of our interview with Will here. 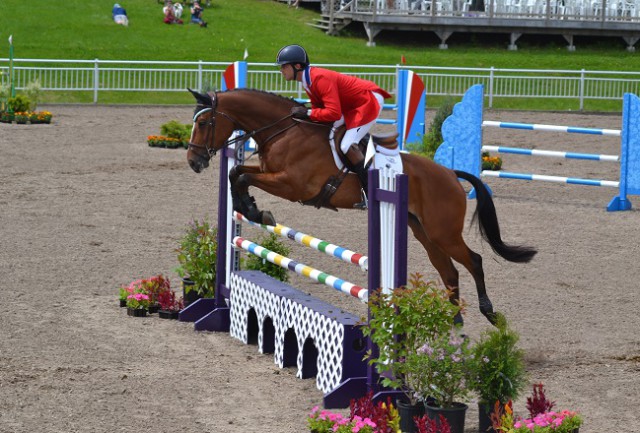 Will Coleman and Butch Cassidy. Photo by Leslie Wylie. 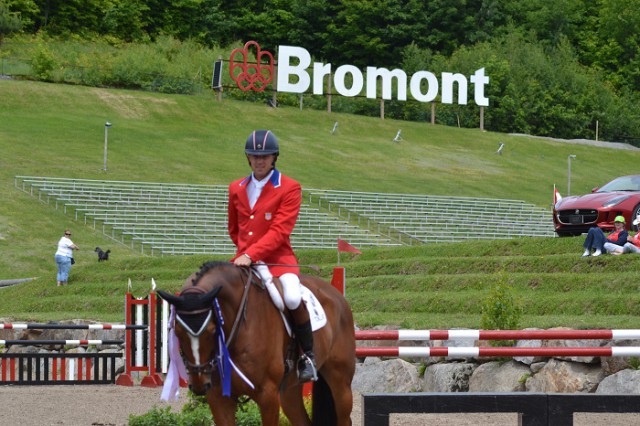 Will Coleman and Butch Cassidy. Photo by Leslie Wylie.

Lucia Strini and My Royal Cooley rounded out the top three. Lucia kindly stopped by the media center to tell us about her ride, which was My Royal Cooley’s debut at the CCI1* level.

Lucia, of Charlottesville, Va., imported him from Ireland when he was four and says she has developed him slowly. “He’s really big and it took him a while to learn to use both ends of his body,” she explains. “This is his best competition ever — he put it all together. Show jumping is his weakest phase so I was very, very happy with him.”

2015 marks Lucia’s third time at Bromont and she thought it would be a great learning experience for her horse. “I love Bromont. It’s such a great one-star for the babies. It feels like a big deal for them — it’s so nice and has a great atmosphere.” 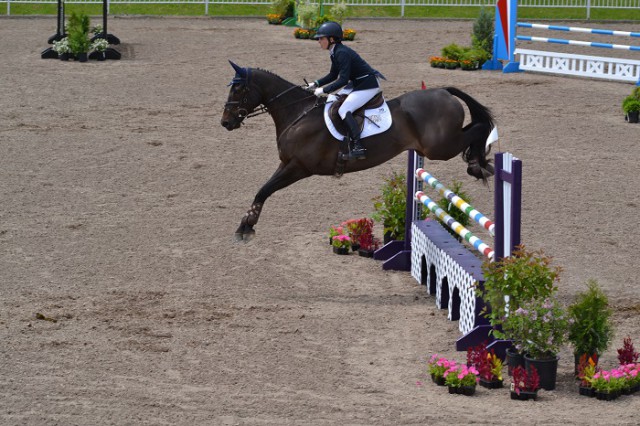 Lucia Strini and My Royal Cooley. Photo by Leslie Wylie.

Next down the standings is Becky Holder and her OTTB Telperion, who moved from seventh place to fourth over the course of the weekend. 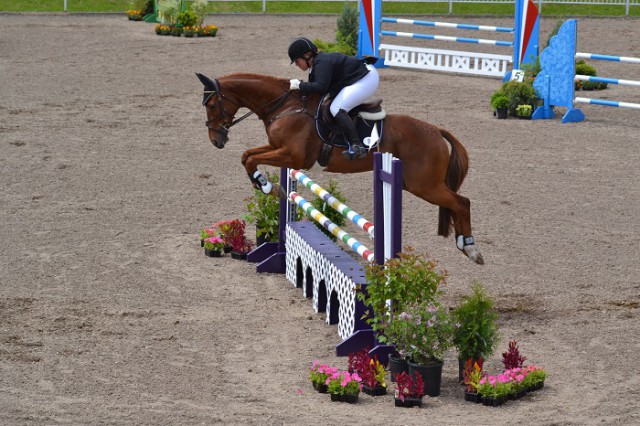 Congratulations to Caileigh Levely-Connolly of Canada and her horse West River for being the top-placed Young Rider pair. Also, new for 2015, the Hedger Family Amateur Award Trophy was awarded to the top amateur rider in the CCI1* division. The inaugural winner of the award was Michelle Coppin and No Stranger to the Rain — a job well done, Michelle! 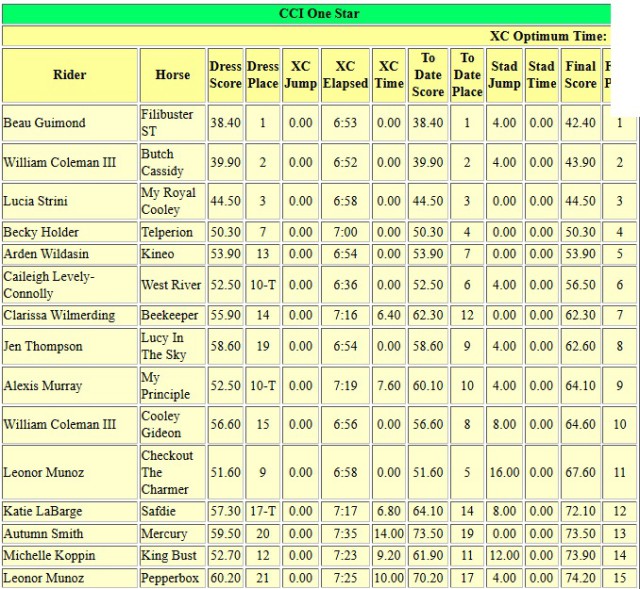 The CCI2* is underway — back soon with more!