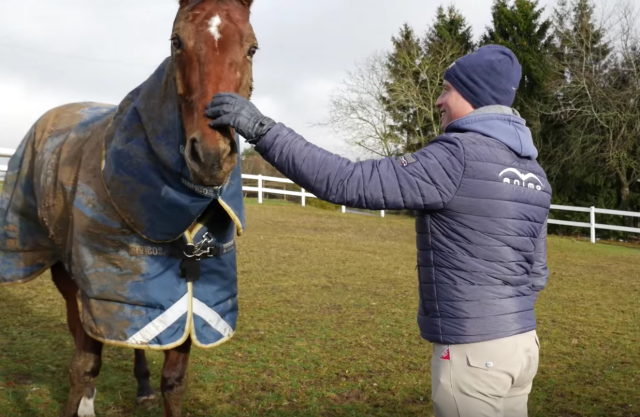 “Making a Champion” is a new series of mini-documentaries from Horseware, sharing insight into the dedication and talent it takes to reach the highest levels of horse sport and become part of #teamhorseware.

A new episode features Michael Jung, the German winning machine we here at EN sometimes affectionately refer to as “zee terminator.” But just behind his hard-won veil of world domination, there’s a man who is in the game because he genuinely enjoys it, all of it: the day-to-day challenge of getting his horses on his side, of bringing out the best in them, of showing them how to love the sport as much as he does.

This behind-the-scenes video makes us want to root for Michael Jung even harder. Bonus points for a cameo by Michael’s favorite horse in the barn, Sam, as you’ve probably never seen him before — totally covered in mud!