As Ema Klugman navigates her way through law school and a professional riding career, she’s taking us along for the ride. You can catch up on other editions of this column here. 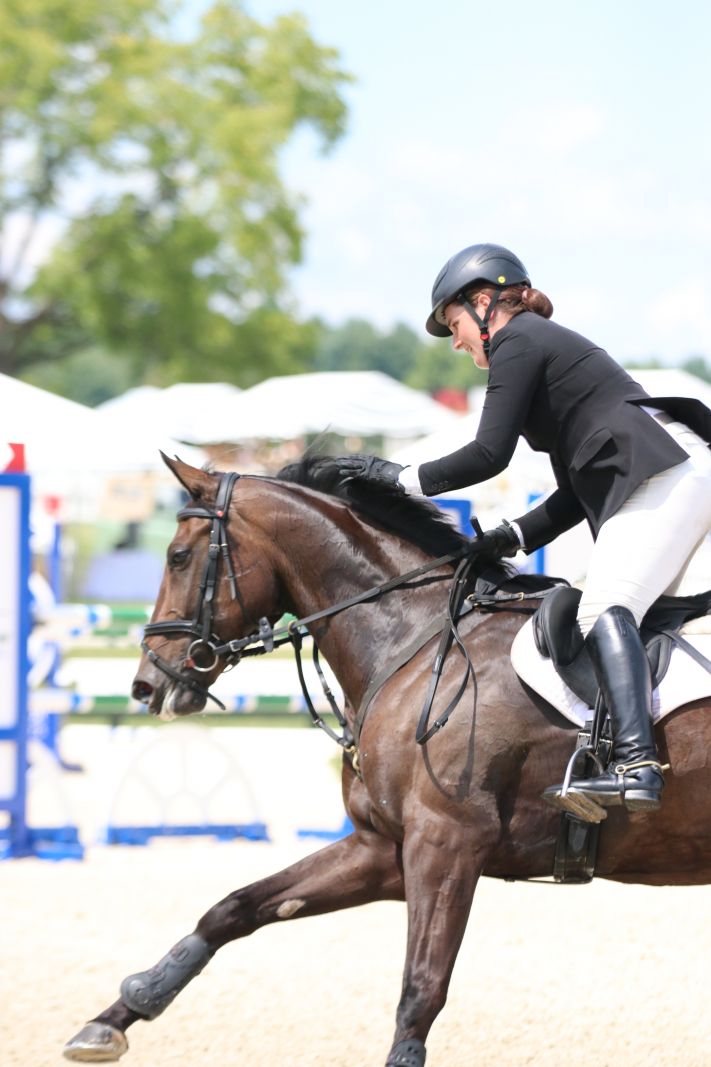 Just about a month ago, I attended the first day of orientation at George Washington Law School. Before I left early that afternoon to compete in the Great Meadow International CCI4*, I listened to our new dean, the first woman in the school’s history, express excitement about the fact that five hundred of us 1st year law students were actually physically present in the same auditorium. Among us were athletes, veterans, historians, parents, political staffers, healthcare workers, industry professionals, and fresh-faced youngsters straight out of their undergraduate degrees. We came from countries around the world and almost every state in America. We laughed at how excited she seemed, but understood that it had probably been exhausting to lead the law school entirely behind a computer screen for the past year. Her exuberance was contagious, and we all left that auditorium feeling energized. Yes, we were here. We were here.

Now we are in week 4 of classes, and some of that initial exuberance has traded places with fatigue and confusion. Like any transition to an unfamiliar setting, the past few weeks have been a learning curve. I, for one, sort of forgot what it was like to do homework and masses of reading (I guess I have a bad memory, because it’s really only been 18 months since I finished my undergraduate degree). I certainly got physically lost a number of times, despite the fact that all of our classes are in one block of three connected buildings. I was intellectually lost for the first two weeks for sure, but now some concepts (approximately 50%) are starting to make sense. I took forever to pick up my school ID card, so I was at the mercy of other students to swipe me into buildings. I actually haven’t entered the library yet, which might be a good sign that I’m not too stressed out. Alternatively, it could mean that I’m not stressed enough! Who knows, we are all figuring this thing out together.

There’s a guy in my writing seminar class who is working full-time on a political campaign. I haven’t told him this, but the fact that he’s doing that while enrolled in law school full-time encourages me that I’m not crazy to ride three horses at the upper levels of eventing while also enrolled in the same program. But maybe we are both crazy, and by November we will wonder what we were thinking….