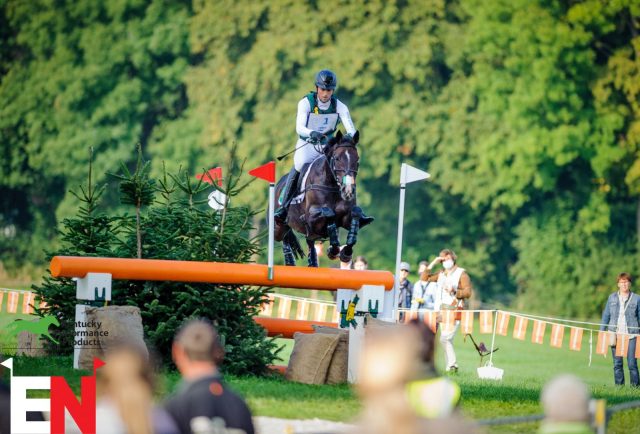 There’s been a last-minute change to the Irish squad ahead of this week’s FEI Longines European Eventing Championships, set to get underway this afternoon in Avenches, Switzerland. Sam Watson, who was part of the 2019 team at Luhmühlen, will now bring forward his Aachen competitor, the relatively inexperienced Ballybolger Talisman, to fill the gap left by two withdrawals from the squad.

The first of those withdrawals came on September 14, when Steve Smith announced that his mount, Galwaybay Echo, wasn’t 100% in the lead-up to the event.

“Sadly Galwaybay Echo has had a minor setback in his final preparations for the European Championships. After much discussion, we feel the best course of action is to not travel to compete,” his team said in a statement on social media. “All of us, especially Steven, are incredibly disappointed. However the welfare of “Thomas” is our priority and at 13 years old he has many more big days ahead.”

The second withdrawal came from championship debutants Fred Scala and Everon Vivendi, who are based in southwestern England. On September 17, Fred announced that he, too, needed to pull his partner from contention after a minor injury sustained in training.

“The good news is that Donald is in good shape. He has picked up a small injury in our final preparations that luckily we found before traveling,” he said in a statement. “His welfare is paramount and there will be plenty more big days for us both in the future.”

Sam’s addition into the five-strong squad means that Ireland will have just one individual competitor alongside its four-person team, which hasn’t yet been announced. His compatriots in the squad are:

The Europeans kick off in earnest at 4.30 p.m. local time today (3.30 p.m. British time/10.30 a.m. Eastern) with the first horse inspection, followed by the opening ceremony. We’ll be bringing you full coverage throughout the week, and you can watch along via ClipMyHorse.TV, too. Let’s go chase some podiums!