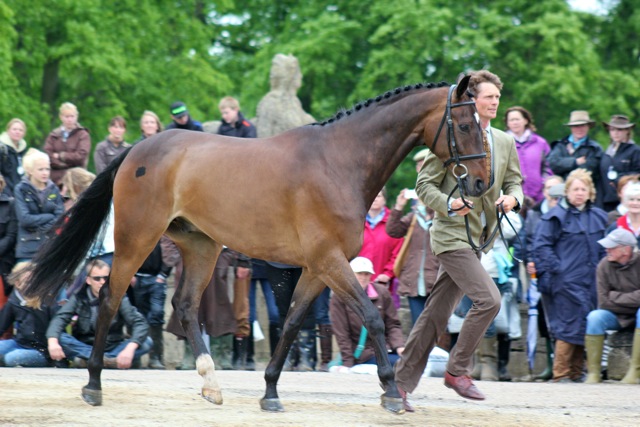 We’ve just gotten word that Allison Springer’s brand new CCI4* mount, Lionheart, is recovering from a colic scare on Monday. While in training with Allison in Florida, Lion began showing signs of colic and Allison made the decision to take him directly to the veterinary clinic and have colic surgery performed upon him to resolve the issue. As of right now, Lion is recovering well, and the surgery went off without a hitch.

As we all know, Lion was recently acquired for Allison to campaign, as he was previously ridden by William Fox Pitt to great success. Lion already boasts an Olympic resume, and is quite accomplished at the CCI4* level. A horse of this talent paired with a rider of Allison’s caliber is always exciting, and the whole Eventing community has been eagerly awaiting their debut in the competition world for 2014. We are keeping our fingers and toes crossed, and sending all the good vibes towards Lion tonight, as we wish him a speedy recovery.

This morning Lion began showing signs of colic and not wanting to take any chances, we transported him to Palm Beach Equine where ultimately the decision was made to perform colic surgery.

Once in surgery, the doctors were able to quickly find and resolve an impaction in his small intestine. We were incredibly fortunate to have caught things very early, and as a result his surgery was minor in comparison to most colic surgeries that take place. Lion woke up from surgery very well and all of the vets involved are optimistic that he will have a quick, non complicated recovery.

We are not out of the woods yet, and as you all know colic is a very scary thing, however when I left the clinic tonight Lion already seemed much improved! He loved me scratching him and the twinkle was definitely back in his eyes. He is one of the sweetest horses I have ever been around and truly does have the heart of a Lion!

I appreciate everyone keeping him in your thoughts in the coming weeks, and I want to sincerely thank all of the vets at Palm Beach Equine as well as every member of the Team Lionheart Syndicate LLC for their unwavering support!