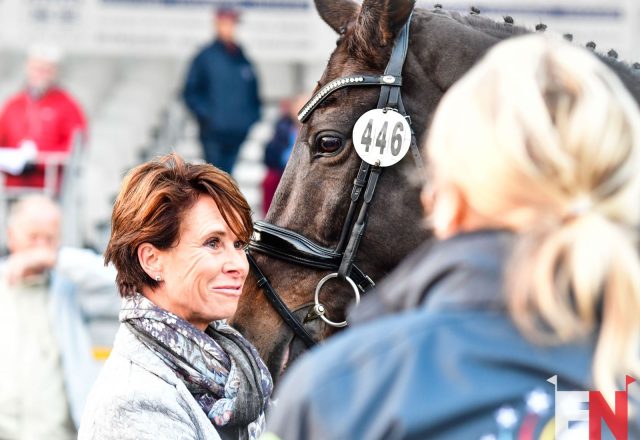 Bettina Hoy and Designer 10 at Pau in 2018, Bettina’s last major competition as a rider. Photo by Tilly Berendt.

It has been announced today that Germany’s Bettina Hoy will step down as coach of the Dutch eventing team after three years in the role. Her stint as trainer culminated in a tricky 2019 season, which saw the team fail to qualify for the Tokyo Olympics.

“It has been mutually agreed by both parties that my contract as national trainer with Koninklijke Nederlandse Hippische Sportfederatie (KNHS) will not be extended beyond the end of 2019,” said Hoy in a statement. “We have also agreed that I should continue to coach a number of individual Dutch riders and support them in achieving their future goals in top-level eventing.”

“During the last three years I have learnt a lot, not just about the job of trainer and leading a team but also about myself, and I thank the KNHS for the great experience and opportunity. I look forward in the future to having not only more time to coach my private pupils and run clinics worldwide but also to spending more time in the saddle. Perhaps I can even achieve my dream of competing in dressage at Grand Prix level! Finally, I would like to wish my successor and the team all the best.” 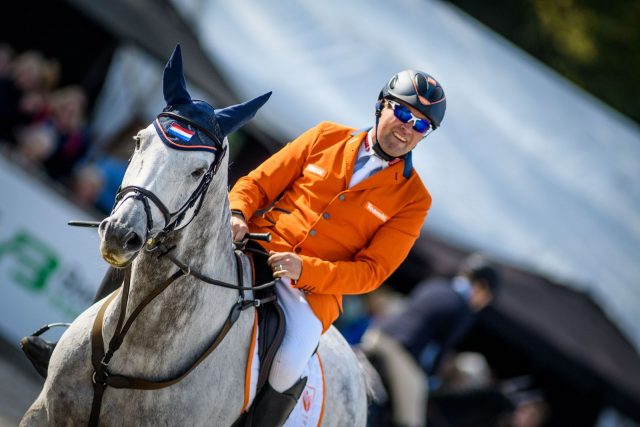 Andrew Heffernan, pictured riding Gideon at Boekelo this year, will take over as Dutch team trainer for 2020. Photo by Tilly Berendt.

Hoy will be superseded in her role by Andrew Heffernan, a long-time member of the Dutch squad. Based in Cheshire, England, Heffernan was part of the bronze medal-winning team at the 2014 World Equestrian Games, and is a well-established trainer and coach in the United Kingdom, where he teaches out of Somerford Park Farm and possesses a Level 3 coaching certificate and is accredited as a British Eventing trainer. Heffernan’s appointment as Dutch team trainer will last until the end of 2020, at which point it will be reviewed.

“I was surprised when I was approached for this position, but I am really looking forward to it,” said Heffernan in a KNHS statement. “Coaching riders is something I really enjoy doing and I look forward to this opportunity. I will certainly continue to ride my own horses, but of course not at the selection trials, team competitions, and other important moments. Next year I will only keep a few of my better horses and in England there are plenty of opportunities to relocate them.”

Though the Dutch team hasn’t earned a ticket to Tokyo, they’re almost certain to possess two individual slots, which means that 2020 will still be a crucial year for Heffernan and the KNHS. Director Maarten van der Heijden expressed his positive outlook at the appointment of Heffernan, saying, “I am happy that we have found Andrew Heffernan willing to fill this position in the coming year. He is a good trainer and rider, but also a huge team player. Partly due to his vast experience – especially in England – he manages to send riders with confidence and good advice. As a member of the Dutch team, he has demonstrated this many times. The riders we have consulted with are also enthusiastic about the arrival of Heffernan.”