Forty-seven combinations presented before the ground jury, with several riders bringing forward multiple entries — but nobody was kept as busy as Oliver Townend, who had five rides in this class. And, lest anyone assembled claim that his unparalleled success comes only as the result of prolific entries, he threw down the gauntlet with each and every one of them. 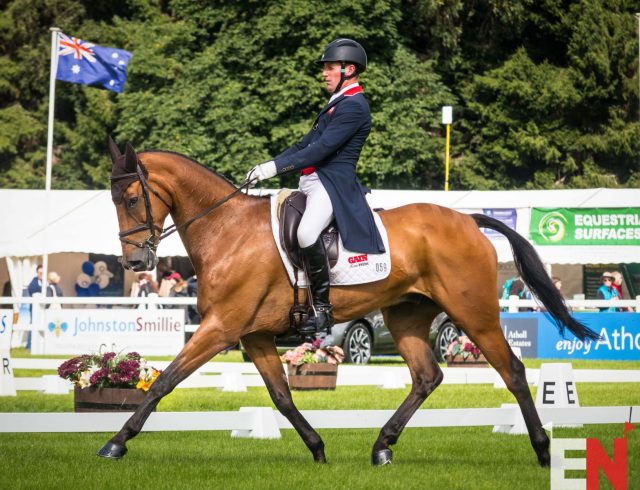 Townsend’s trio of young superstars set up shop comfortably at the top of the leaderboard, with Kentucky winner Cooley Masterclass (Ramiro B x The Swallo) taking the top spot on a score of 24.4. Cooley SRS (Ramiro B x Ballynattin Pride), second in his four-star debut at Badminton this year, sits just a tenth of a point behind him on 24.5, while 2017 Burghley winner Ballaghmor Class (Courage II x Kilderry Place) made it a hat trick with a good score of 25.3 for third overnight. Further down the leaderboard, MHS King Joules lies in sixth place on 29, and the up-and-comer Tregilder holds onto 12th place with 33.5.

While anyone familiar with Townend’s cool, calm command of an international one-day will be unsurprised by today’s performances, his fantastic first-phase efforts come after the hotly debated announcement of Team GB’s World Equestrian Games squad. Despite being short-listed on the three horses who top today’s leaderboard, and in spite of his position atop the FEI World Rankings, Townend is notably absent from the team that will head to Tryon next month. 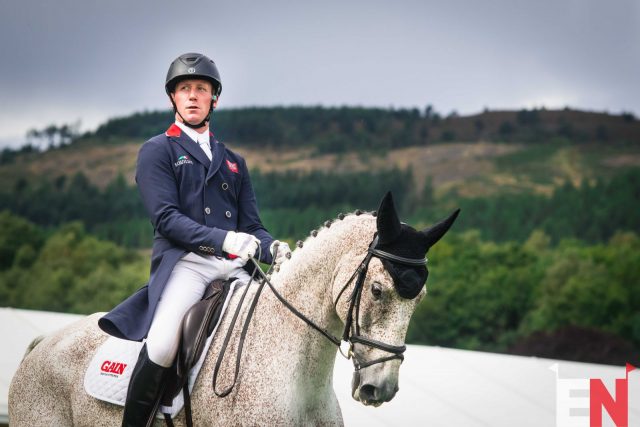 Though each of the horses remains on the reserve list, with the rest of the unselected short list, Townend continues to look ahead to his next opportunities for a major win. He has five horses entered for next week’s Burghley Horse Trials, three of which he’ll be able to take forward. Those include today’s top three mounts, the sixth-placed MHS King Joules, and four-star debutante Ulises. We’ll likely see all of his CIC3* rides showjump tomorrow afternoon, but Townend, who hasn’t yet decided which of his Burghley entrants will contest the four-star, will only run twelfth-placed Tregilder across the country. 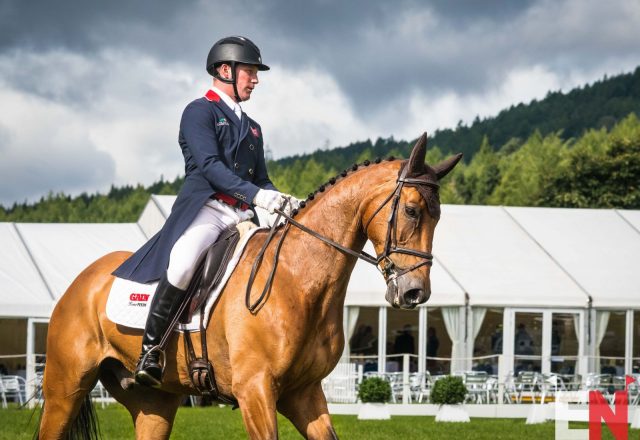 Townend has another important card up his sleeve this week in the form of Cilnabradden Evo (Creevagh Ferro Ex Siebe x Willow Garden), who he pilots in the weekend’s Event Rider Masters series finale. The winner here in 2016’s leg, ‘Gary’ has recorded three top-ten CIC3* finishes this season — including a win at Poland’s Baborowko — and is a strong favourite to claim a podium place (and a hefty paycheque) this weekend. WEG or no WEG, everything could be coming up Milhouse indeed. Watch this space. 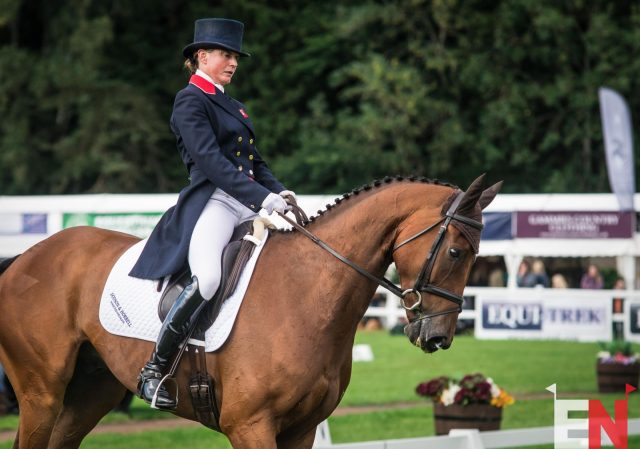 Piggy French holds fourth place overnight — as well as the lead in the CCI2*, aboard the precociously talented Cooley Monsoon — with Brookfield Inocent (Innocent x Shalies Pet), who posted a score of 27.9. Formerly ridden by Australia’s Kevin McNab, Brookfield Inocent made his CIC3* debut in the latter half of the 2017 season, recording top-20 finishes at Millstreet and in Blenheim’s prestigious 8/9yo class. The nine-year-old only came to French three months ago, but their results together have thus far been encouraging — they finished 13th in the CIC2* at Barbury last month and won this month’s Somerford Park CIC2*.

Fifth place was clinched by Borders-based young rider Bella Innes Ker, whose parents, the Duke and Duchess of Roxburghe, own Floors Castle and host the popular event on the estate. She rides her own Carolyn (Connery x Sarina P), the fourteen-year-old mare with whom she posted top-twenty finishes in the CCI3* classes at Blenheim and Tattersalls in 2017. They sit on a score of 28.4 going into tomorrow’s jumping phases.

Tomorrow sees an incredibly busy day of competition across the board at Blair, with the Event Rider Masters finale kicking off at 9.00am BST/4.00am EST. You can follow along with the ERM as it unfolds via their livestream. The CIC3* showjumping begins at 1.30pm BST/8.00am EST, moving onto cross-country at 4.10pm BST/11.10am EST. The CCI3* cross-country will start at 2.45pm BST/9.45am EST. All of the CIC3* and CCI3* action will be live-streamed via the Blair Castle Facebook page.

The top ten after the first phase of the Blair Castle CIC3*.