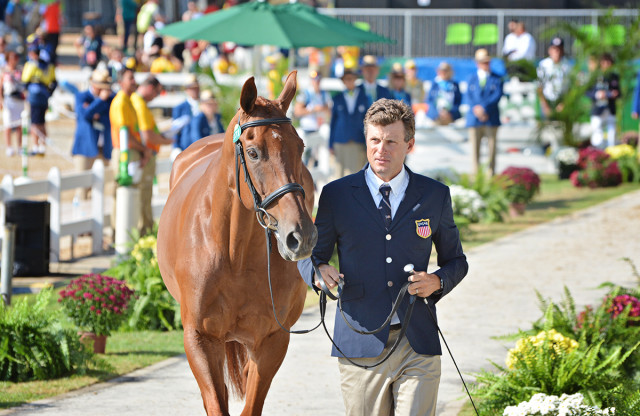 A typical weekday morning activity for the eventing obsessed, checking entries for an upcoming weekend in February of this year revealed an exciting development: Blackfoot Mystery was entered in the Open Preliminary at Pine Top. It was no mirage: Boyd Martin’s Rio Olympic partner, now 16, was back out competing. The pair had two easy runs around Pine Top before competitions were halted, but it was hardly the last we’d seen of “Big Red”.

It had been nearly four years since we last saw Blackfoot Mystery on a cross country course with Boyd Martin. The off-track Thoroughbred gelding cemented a spot on the U.S. eventing team for Rio with a solid sixth place finish at Kentucky in 2016 and would go on to finish in the top 20 individually at the Olympics. It was a huge effort for the still-green gelding owned by the Blackfoot Mystery Syndicate LLC, and the horse spent the remainder of the season taking it easy.

“He left a part of himself in Rio, I think,” Boyd reflected. Boyd says the extended break that followed put the wind back in the gelding’s sails, prompting the team to give him another shot at doing what he loves.

Indeed, Red never lost his try or his desire to work, and after a separate injury kept the gelding on the sidelines for longer than originally anticipated, Boyd says he now feels “rejuvenated” and back to his fiery old form. Now with events resuming, Blackfoot Mystery proved his freshness with a handy Intermediate win at the Maryland Horse Trials at Loch Moy Farm this past weekend. 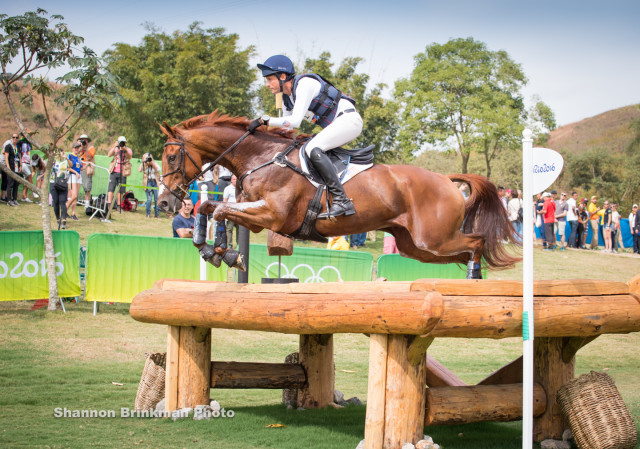 It was a return of sorts for Boyd as well, who quietly spent his own downtime in recovery from much-needed surgery to tame some muscle tears and bone spurs in each hip. “It was a surgery I had planned to have in the off-season this year, but with the extra time I felt it would be better timing to get it done earlier,” Boyd explained. In the interim, Phillip Dutton and Mike Pendleton, along with the rest of Boyd’s team at home, kept Boyd’s string going as competitions resumed. Boyd was eager to get back out and about at Maryland — but bringing out Big Red also? The cherry on top. “I felt like my old self again,” Boyd said. “He was the perfect horse to get back in the swing of things.”

Always the goal seeker, Boyd says he had set an intention for Blackfoot Mystery to run at the inaugural Maryland 5 Star, the running of which was postponed to 2021 due to the pandemic. Now, he says the extra time has been a blessing in disguise, illuminating perhaps a better goal for the chestnut gelding to make his return to the international arena: a CCI4*-L. “It’s better for him to not have to step back in and do something quite so grueling,” he explained. “I think [a 4*-L] will suit him well.”

Whatever the future holds for Blackfoot Mystery, a horse that has demonstrated his grit and talent in true Thoroughbred fashion, Boyd says at the end of the day he feels rested and ready for whatever comes next. “He gave me a brilliant ride around Maryland this weekend,” he said. “He’s done a fantastic job and is in great spirits.”