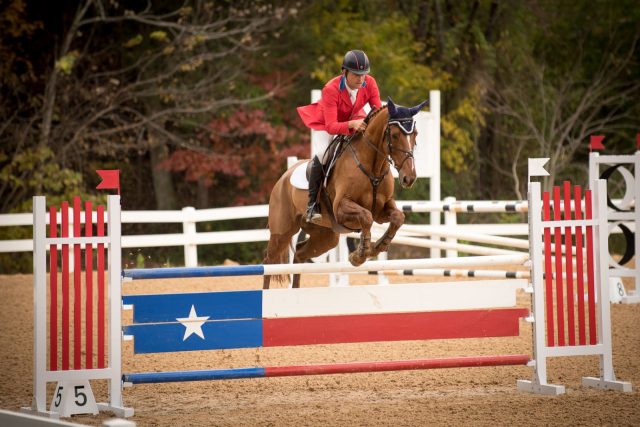 It was a good day at the office for Boyd Martin at the Virginia CCI/CIC & Horse Trials as he went went one-two in the CCI2*, while also winning the CIC2*.

Boyd stalked the top of the leaderboard after dressage, and after two masterful performances he sits first and second in the CCI2*. Division leader Barry, a 9-year-old Thoroughbred owned by Martin and Windurra USA, added 9.6 time penalties to sit on a score of 37.5. Second-placed Contestor, an 11-year-old KWPN owned by Denise Lahey, was a bit speedier with 8.8 time penalties for a day two score of 39.7.

“Barry is a legend. A year ago he was all over the shop. I had experts tapping me on the shoulder telling me it’s time for him to move on, but I knew he was just green and inexperienced,” he said. “[Today] he galloped strong all the way around and pulled up fresh. I think he’s in good shape to jump tomorrow.”

After a soggy rain, competitors battled muddy conditions which made the notorious Virginia Horse Trials terrain even trickier.

“Hats off to the course designer. Initially when I walked the track I thought he made it too soft. When I rode it I got a sudden change in mind. It rode a lot tougher than it walked,” Boyd said. “The direction of the track was much better going starting at the base of the hill and working your way up the mountain. It was a test of endurance and stamina and the rider that could pace their horse. It made the cross country phase more important than in past years. Especially for CCIs, it shouldn’t be a dressage show.”

Boyd also had the fastest round of the day with Christine Turner’s Kyra in the CIC2*, which secured him the win of the division. The 11-year-old Canadian Warmblood had 1.6 time penalties for a final result of 33.4.

“She’s a feisty red-head mare. It’s been up and down all year for her so it’s rewarding to finish the year well,” he said. “She’s a fantastic show jumper and cross country is her tougher point, so we’ve been schooling a lot. The rain overnight made the course challenging and to Kyra’s credit, she went out and fought hard all the way around.”

Allison Springer sits third in the CCI2* with Sapphire Blue B. The pair had 11.6 time penalties for a score of 40.9. Skeyler Voss and Argyle are third with 42 points after 9.2 time penalties, and Dasha Ivandaeva and DB Cooper are fifth on 42.6. 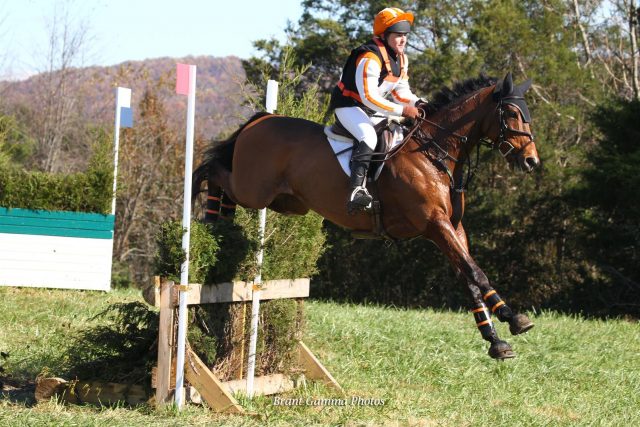 Sharon and the 9-year-old Italian Thoroughbred were fifth in the CCI1*-A group overnight and took over the one-star championship after a double clear cross country, which Sharon said felt easy for the leggy Thoroughbred. They remain on their dressage score of 28.8.

“This is the first time I have ever let him run because I basically have had 30 time penalties everywhere I’ve taken him,” she said. “He is a real racehorse, and I have spent all of this time just trying to help him relax and really be with me. He is an unbelievable horse. So it was really satisfying today to see if I could let him go and it was wonderful.”

Colleen Rutledge is currently second in the championship, which is awarded to the highest placed U.S. rider who is 22 or older, with C Me Fly. The 6-year-old Westphalian holds a score of 30.3.

Overnight leaders of CCI*-A, Ryan Wood and Ruby stayed in the top spot after cross country. Riding for Australia, Ryan isn’t eligible for the USEF championship, but he and the Summit Sporthorses’ 9-year-old Oldenburg had a fantastic 2.8 time penalties on cross country for a two-phase score of 25.4. 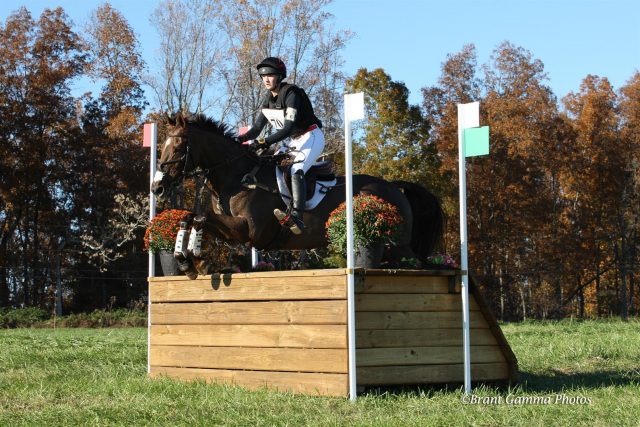 Kelsey Ann Quinn also kept her lead of both the USEF CCI1*-JR/YR Eventing National Championship and the CCI*-B division with Dandy Longlegs, a 12-year-old Thoroughbred owned by Julie Quinn. 5.2 cross country time penalties gives them a current score of 32.9.

The show jumping finale gets underway this morning. You can follow the live scoring at this link.