The votes are in… hanging chads have been inspected, absentee ballots cast, and unless Al Gore strongly lobbies for a re-count, we are calling this thing official.  May I have the envelope please…

Drumroll…(struggling to break the sealed tape)

The 2010 Eventing Nation Bracket Battle of Event Horses Champion is…

It was an extremely tough battle, and for the first 20 hours it seemed Charisma would pull it off.  Dan earned 53% of the 712 votes, and despite commenters’ protests, Charisma came up just short. (no pun intended, Podge!)  Congratulations to Winsome Adante, a worthy champion.  And let’s give a round of applause to our runner-up, who seemed destined to win…but alas, it wasn’t meant to be.

Just so you know, I had another results post all written up at 10pm March 31, when Podge was winning at 54%.  I basically declared Charisma the champion, thanked Winsome Adante for participating and gave him his parting gifts.  I was stunned the next morning when Dan fought back to take the lead, and then steadfastly retained it despite the fanatic support for Podge.  As with anything, it ain’t over till it’s over!

Thanks to all who voted, I hope you enjoyed the Bracket Battle.  It was fun remembering all these great horses, it really puts our sport in perspective through the years.  I know we left some awesome horses off the list, so we’ll try to get them next year. 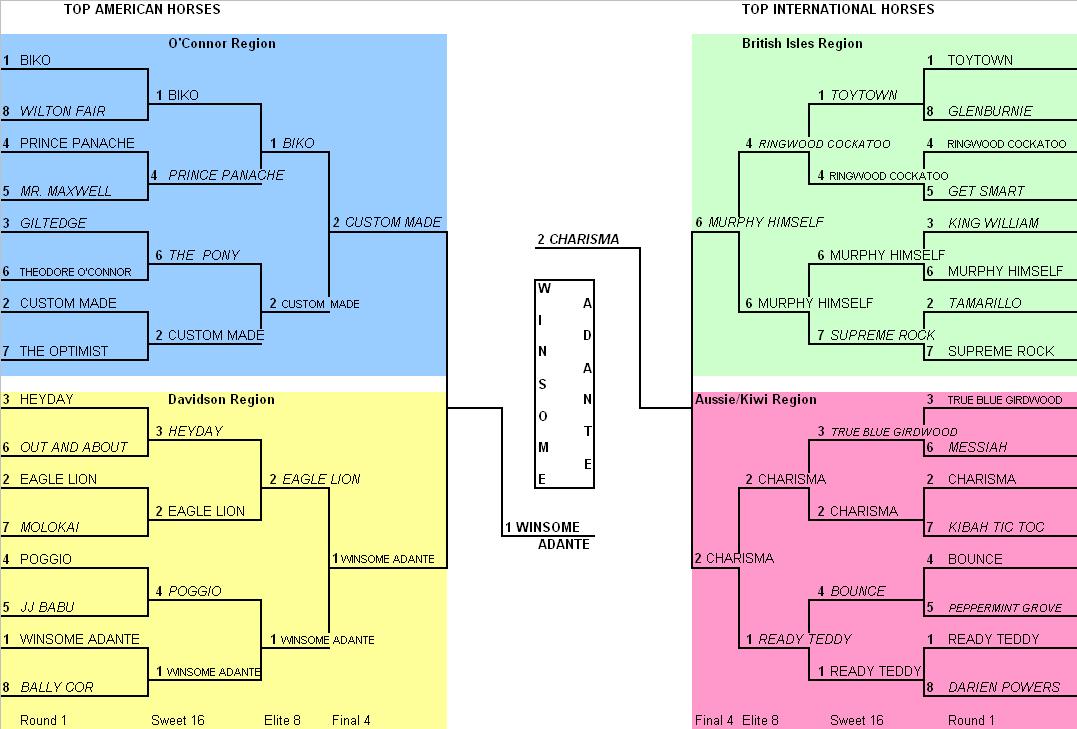