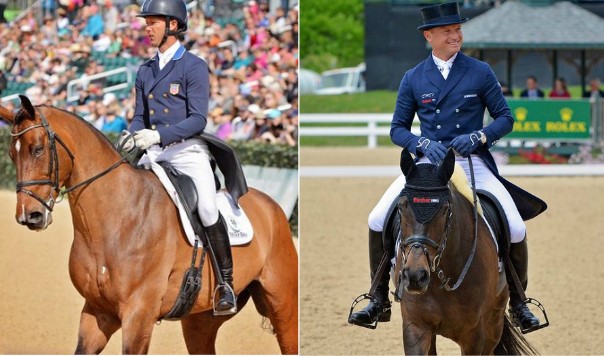 It’s no surprise that two of the best dressage event horses in the world are currently nearly neck and neck for the lead heading into cross country at Rolex Kentucky. Clark Montgomery and Loughan Glen were just shy of a personal best, scoring a 33.6 for the lead, followed by Michael Jung and fischerRocana FST on a 37.1.

While there is a tiny bit of breathing room (less than 10 seconds of time for tomorrow’s cross country test) at the top, it’s certainly still any man or woman’s game at this point. Nevertheless, we thought it would be interesting to break down the top two tests to see exactly where Clark gained a scoring advantage from the judges.

Here is a look at each test broken down by judges’ marks at each movement, collective marks, and total penalty points and percentage: 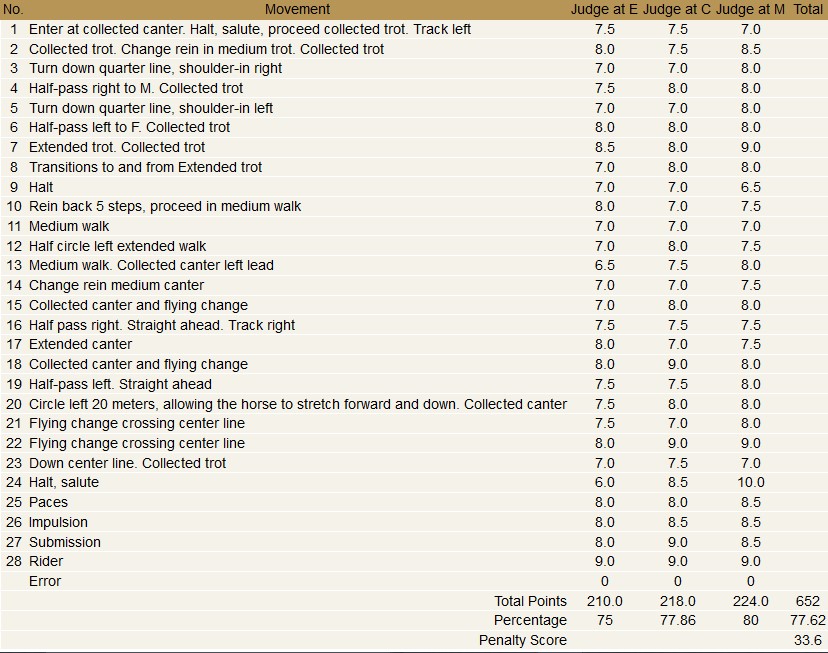 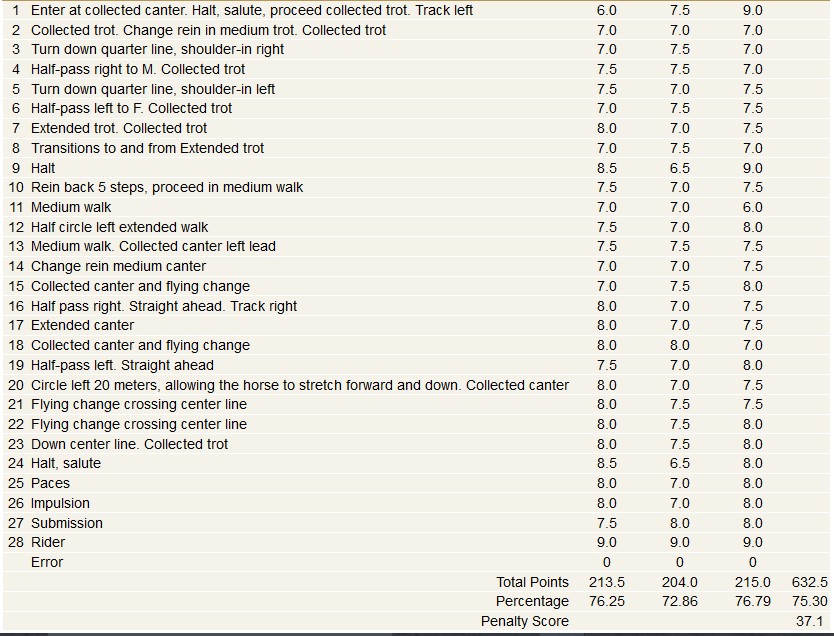 For the sake of surface analysis, we did a progressive average to find out where each pair really had their best trend as well as their lowest. From a pure numerical standpoint, here is the breakdown of averages for each rider:

Some notes that are of interest:

While these two scores are certainly not “neck and neck”, it’s still fascinating to break down the averages and see exactly how each pair managed their tests. We could go even farther into detail, but my math skills stop right about here.

Take a look at the top two tests here so that you can do your own comparison!