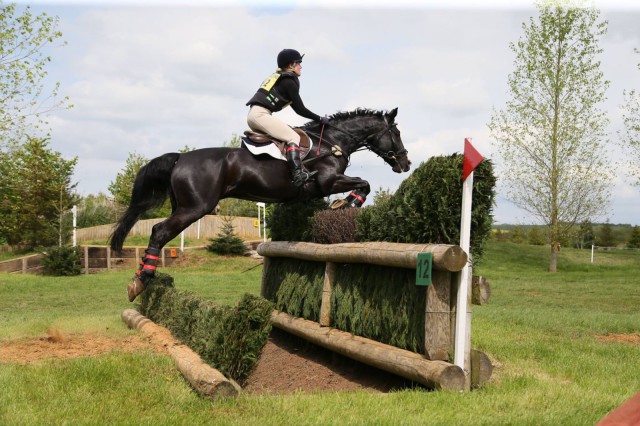 I’m British.  I come from a country that has extremely recent previous convictions for voting for the complete, wholesale removal of an entire country from an organisation that is deemed obsolete and dysfunctional.

“But we’re steeped in historical greatness”, the Eurosceptics will say, “We’re traditional.  We’re Great Britain, and we’re better off OUT.”

“You’re anachronistic,” the Euro-fans sigh.  “You’re out of date, and you don’t have an empire any more.”

Could the same be said of Eventing and the Olympic Games?  Is it it out of place in the modern world, this sport of ours that rose from the finest military traditions, that harks back to the days of cavalry and chargers, this sport of kings, that is so very much the preserve of the rich, and the well-heeled?  Well, yes, and, of course, no.  Very much no.  To start with, it’s not a black and white question.  I don’t propose, for one minute, that Eventing ought to be removed from the Olympics.  But there are, perhaps, certain areas that could be improved.  I am fairly sure that I would not, for example, be alone in voting for a “Drexit”; for a new, two-phase form of eventing in which Dressage was cut loose from Show Jumping and Cross Country, and left to fend for itself and negotiate its own trade treaties with China.

One of the most common criticisms levelled at Eventing is that it’s inaccessible.  It’s expensive, it’s time-consuming, it requires immense amounts of capital outlay.  It’s not possible for less-developed nations, or, indeed, the less wealthy residents of a developed nation, ever to get a look in.  And this much, I concede, is true.  It’s true up to a point, because of course, in a country where poverty is rife, where people struggle to afford basic health care and where economic development is next to non-existent, there isn’t the infrastructure or the knowledge to mean that eventing is a viable option.

But let me tell you something.  Sport is not a level playing field.  Ever.  Every single athlete at every single Games brings with them something that is unique.  If I were to say “Kenya”, for example, what would you think?  Long-distance running.  Success.  Medals.  Kenya boasts some of the world’s very finest runners, but that’s not to say that the 10,000 metres ought to be modified so that other nations have a greater chance of success.

Their circumstances, their genetics, the hand they were dealt at birth; all of these are wildly different, but one common thread unites everyone who will stand up and be counted within the bounds of those five Olympic rings, and that is the desire to be the best.  The courage and the sheer tenacity to stop at nothing to prove their skill, and to push themselves beyond all reasonable limits to perform above their wildest dreams on the day.  And eventers show these attributes in spades.  Isn’t that, then, what the Olympic Games are all about?  Aren’t they about celebrating and revelling in the multitude of talents that humankind possesses?  Why, then, why, should anyone seek to impose a false sense of homogeneity on these amazing individuals?  Why strive to make everyone the same and to say that we should somehow seek to moderate the impact that an athlete’s background, circumstances and nationality has on whether their sport should included.

Athletes represent their countries at the Games.  The good, the bad, the flaws, the faults, the amazing support that your country may provide, or the complete lack of opportunity that you resent every day as you slog against the odds to compete in a sport that barely exists in the land you come from.  It’s all there.  And it all comes together in a wonderful melting pot as the very finest in the world go head to head in their quest for the coveted gold medal.  How dull, then, to see a Games where sports would be included only if every participating country were able to provide equal opportunities in said sport to its nationals.

I don’t dispute that eventing is not, in many ways, an equal-opportunities sport.  But look closer: you’ll see a sport where women set out over exactly the same course as the men, where both genders compete on completely even terms, where one’s sex is irrelevant to the outcome of the competition.  You’ll see sport where the athletes have long, successful competitive careers; a sport where, at Greenwich in 2012, Belgium’s 58 year-old Carl Bouckaert trotted down the very same centre line as 21 year old Thai national Nina Ligon.  It may take with one hand, our “Equestrian Triathlon”, but it certainly gives with the other.

I’ve been lucky enough to compete Horse 1 at BE Intermediate and Horse 2 at BE Advanced level. Horses 1 and 2 live in trendy East London, whilst husband (to date, still only one) and I live in more central Islington with Children 1 and 2. It’s a stone’s throw from the City of London, where we both work as lawyers for US law firms.