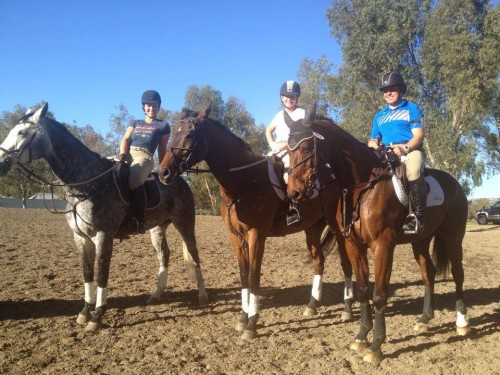 Buck Davidson has lots of reasons to be smiling at Galway Downs. Photo via the USEF Eventing High Performance Facebook page.

Buck Davidson almost pulled a William Fox-Pitt at Galway Downs, as he sat in first and second places in the CCI3* dressage with just his final ride Petite Flower still to go. Flower scored 55.2 for seventh place, and while Buck didn’t pull a one-two-three, he still has all three of his horses in the top 10 heading into cross country tomorrow. Buck was first out with The Apprentice and set the bar, as that ended up being the only test to crack the 40s on a score of 48.9. He scored 50.6 with Absolute Liberty for second place.

Lauren Billys and Ballingowan Ginger round out the top three on a score of 51.7. I listened to the PRO Tour Radio live broadcast of the CCI3* dressage, and it was a lot of fun to listen to the variety of commentators who dropped in to offer their analysis on the tests. Niki Rose Clarke and Brian Sabo started off manning the broadcast, and we also heard from Ian Stark, Tamie Smith and Heather Morris. It’s really valuable to have the live broadcast to get a sense of what’s going on behind the scenes, like when things didn’t go quite as planned for Allison Springer.

From what I heard on the live stream, Allison started circling the ring for her test with Copycat Chloe still wearing her boots from warmup. Allison pulled up and her groom raced over to pull the boots. During that time, the judges decided to have a 10-minute break, so Allison had to go back to warmup and try to maintain the level of readiness she had when she thought she was about to go. Unfortunately, the extra wait time didn’t suit Chloe, who can be tense in the dressage; they scored 55.0 for sixth place.

Liz Halliday-Sharp and HHS Cooley flew all the way to Galway Downs from England, where she’s been based for the last 15 years. She hails just up the road from Temecula in Fallbrook, Calif. — which is also just minutes from where I grew up in Vista — and she hasn’t ridden in an event in the States since the late 90s. They scored 56.0 for eighth place. This is the horse’s first CCI3*, and it’s pretty cool Liz gets to be back on her home turf for the weekend.

We have a fantastic team of guest bloggers assembled at Galway Downs this weekend, and I imagine we’ll be hearing from them very soon. In the meantime, be sure to head over to Galway’s Facebook page to vote for the Dubarry Best Dressed Award. Also, if you missed when I posted it earlier, click here to see Frankie Thieriot and Ian Stark’s excellent video preview of the CCI3* cross-country course. Go Galway. 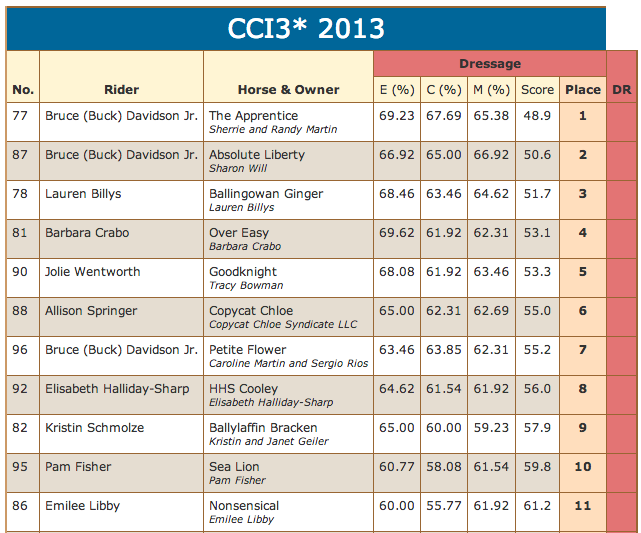