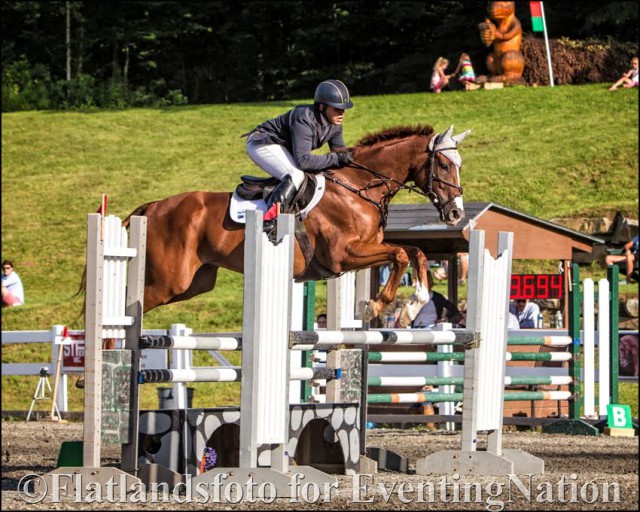 Buck Davidson and Legion Kat on their way to the CIC* win at GMHA. Photo courtesy of Joan Davis/Flatlandsfoto.

What a wonderful busy weekend around Eventing Nation! We have many events to recap, as well as a Woodside recap to come later in the day, and many congratulations are in order for the top finishers this weekend. Let’s get started!

Buck Davidson and Legion Kat, a 9-year-old Thoroughbred gelding owned by Natalie Sandler, were the winners of the CIC* at the GMHA Festival of Eventing, adding just one rail in the show jumping to finish on a final score of 38.9. Buck, in true Buck tradition, also had another ride in this division with Amy Tunney’s Riviera, who picked up second place on a dressage score of 43.0.

This weekend marks Legion Kat’s first win at the one-star level and also Riviera’s highest placing at this level, and they certainly did it in fine form throughout all three phases.

Paige Skipper and Birch Hill Investments Inc’s Wauwinet, an 11-year-old Oldenburg gelding, picked up third place on a final score of 43.1. This was the first start at this level for this pair, who most recently won their Prelim division at Huntington Farm.

In the Open Intermediate, it was Buck Davidson again with Sharon White and Richard Weber’s Wundermaske who took home the win on a final score of 24.7 with four penalties added in show jumping. This is “Patch’s” first start since retiring at Bromont — previously, he won his Prelim division at MCTA in May. Buck kindly took the ride this weekend for Sharon, as she’s been battling a bit ofback pain this week. We hope you feel better soon, Sharon! 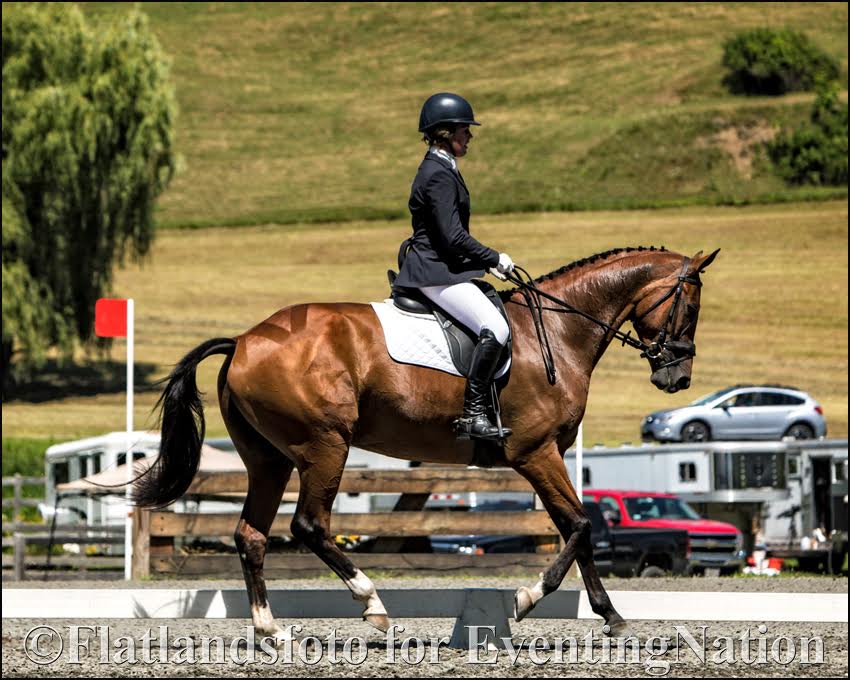 Kylie Dermody will take home second and third in the Intermediate aboard Lup the Loop (29.8) and Sacramento (32.5). Kylie has become quite the household name with a very talented string of horses, and this weekend is another example of the success she’s been enjoying lately.

Two Intermediate divisions ran at Fair Hill this weekend, with Hannah Sue and one of her newest rides, Jitter Bug, taking home the win in the A division. Hannah moved up from third to take first after putting in one of the quicker cross country runs of the division, finishing on a final total of 35.4. This is Hannah Sue’s third win aboard Jitter Bug since obtaining the ride on the mare earlier this year.

Matt Brown and Super Socks BCF returned to competition for the first time since their fifth place finish at Bromont in June to take second in the A division on a final score of 43.1, but Boyd Martin and Ballyneety were hot on their heels to finish fourth with a 43.2.

Boyd began riding Gretchen Wintersteen’s Ballyneety this year, and this is their highest placing together to date. Ballyneety is a 9-year-old Irish Thoroughbred gelding.

Kim Severson and Cooley Cross Border continued their successful season this weekend to take home the win in the B division of Intermediate competitors. They finished on their dressage score of 22.7 to take home the win after overnight leaders Matt Brown and BCF Belicoso picked up time on cross country.

Boyd Martin and Steady Eddie were good for second place on a final score of 31.0, also making their return after a top 10 finish at Bromont earlier this year. Jennie Brannigan Eventing member Stephanie Cauffman and Diligence finished their weekend in third, moving up from ninth with a double clear cross country run, one of just three in the division.

Jacob Fletcher and Atlantic Domino are your Open Intermediate winners at Otter Creek, taking the lead in the dressage and never looking back to finish on a final score of 33.2. Jacob also won second place with his other top mount, Fly Away Ferro, who finished on a final three phase score of 43.8.

The top three remained unchanged throughout the weekend at Otter Creek, and Melissa Schielein and Born to Boogie II took home third place with a final score of 44..3. This weekend was the first Intermediate start of 2015 for this pair. 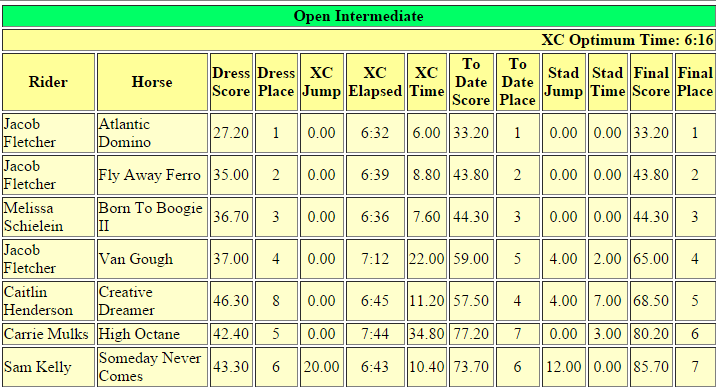