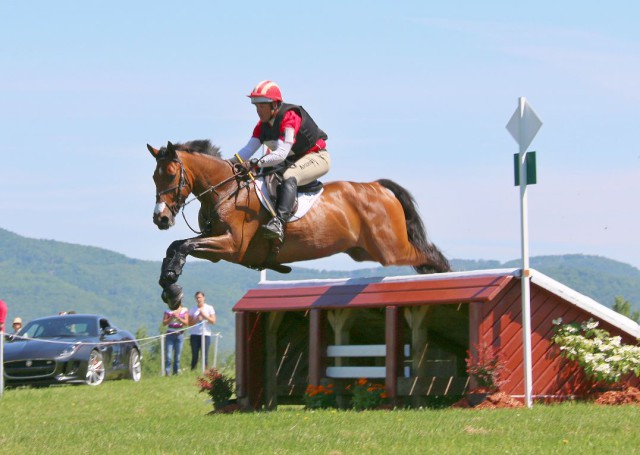 Buck Davidson and Be Mine. Photo by Leslie Wylie.

Be Mine might be a relative newcomer to the sport of eventing but you wouldn’t know it from his performance on the CCI1* course today.

As we mentioned yesterday, the 8-year-old Rheinland Pfalzsaar gelding looks to be on the eventing fast-track — Buck did a Novice on him in January followed by a Training in February then straight on to Preliminary by March. They got in their qualifying rounds to contest the CIC1* at the CHC International at Chattahoochee Hills in May, where they placed 7th, and today the pair coasted around their toughest track together yet like old pros.

There was some shuffling around of the scoreboard beneath them, however. Peter Barry, who was in second place going into cross-country, had 14 expensive time penalties that moved him down to 10th, and another of Buck’s rides, Cartier, had 2.8, which was just enough to push him into fourth. Ryan Wood moved happily into the vacant spaces on his two horses, Woodstock Wallaby and Woodstock Bennett, who are now in second and third places respectively. 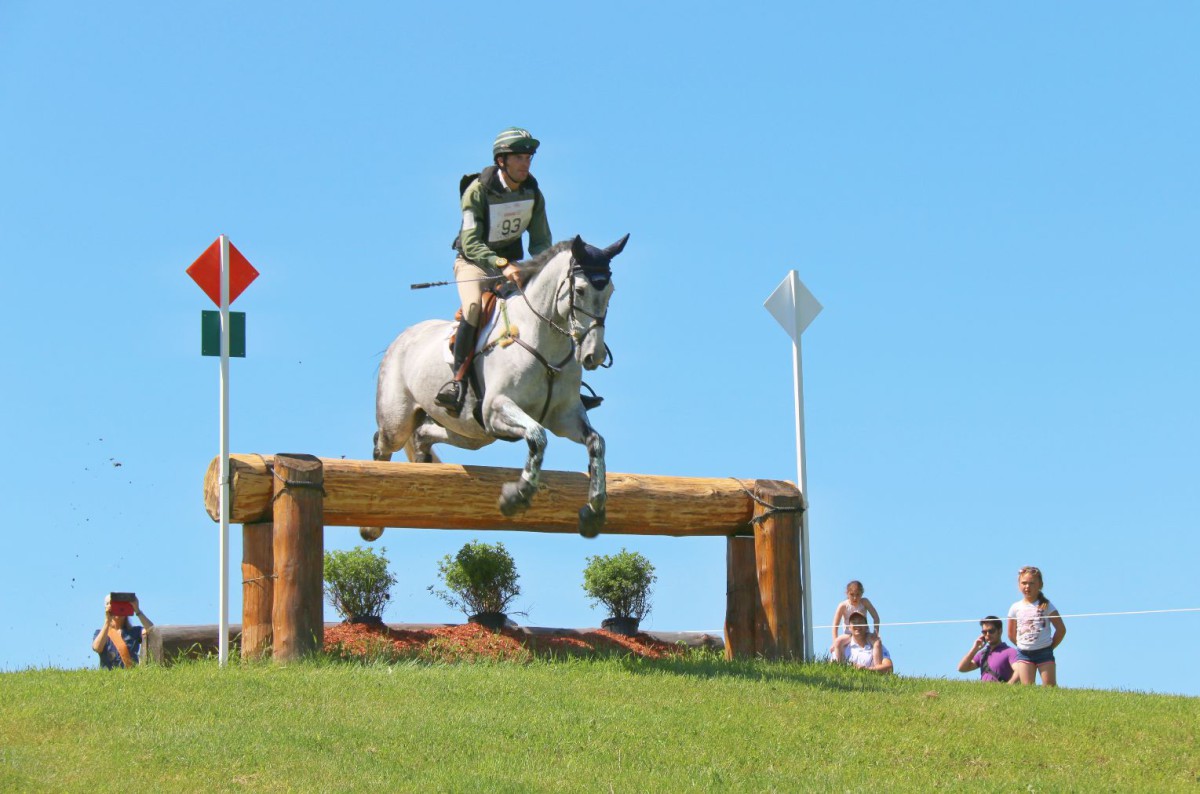 The course rode well, causing just a handful of scattered issues throughout. Thirty-three out of 45 horses came off the course with no jumping penalties, if that says anything. Fence #10, a right-hand corner off a left-hand turn at the very back of the course, caused run-outs for 6 or 7 horses — the jump judge said the riders just weren’t quite finding their line coming out of the turn. 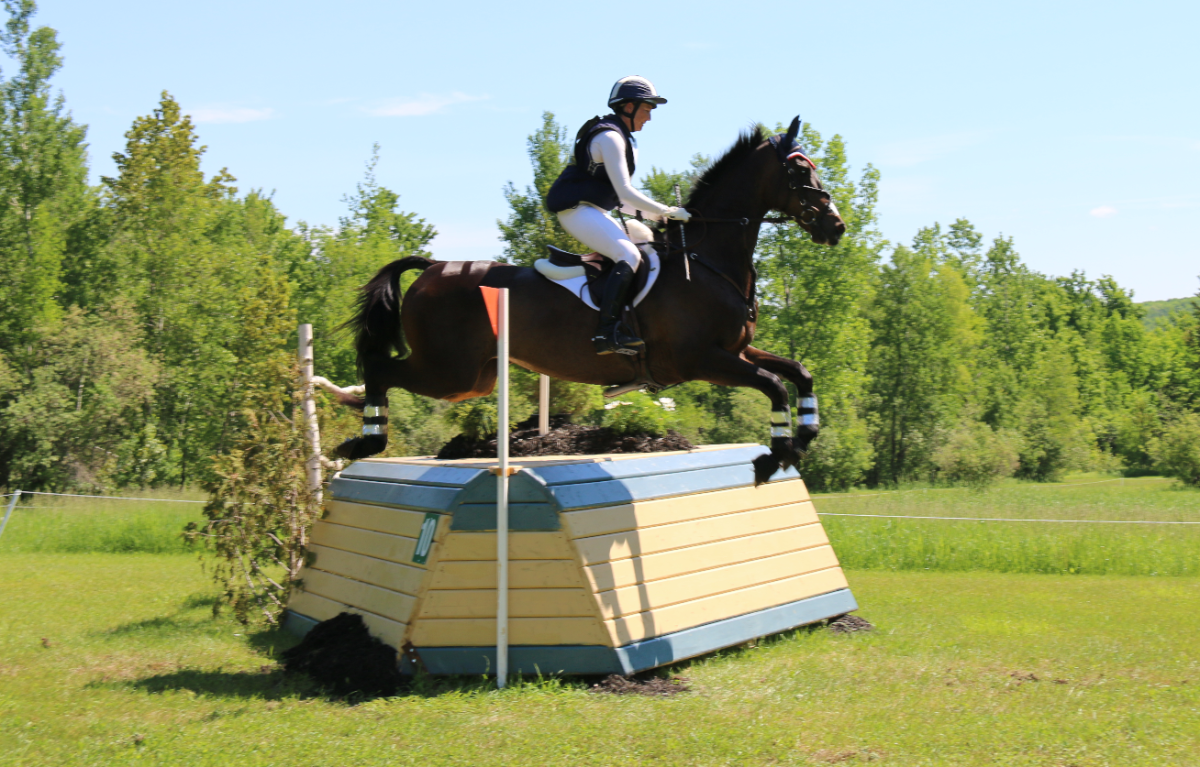 Alexandra Knowles and The Dark Mark making short work of the corner. Photo by Leslie Wylie. 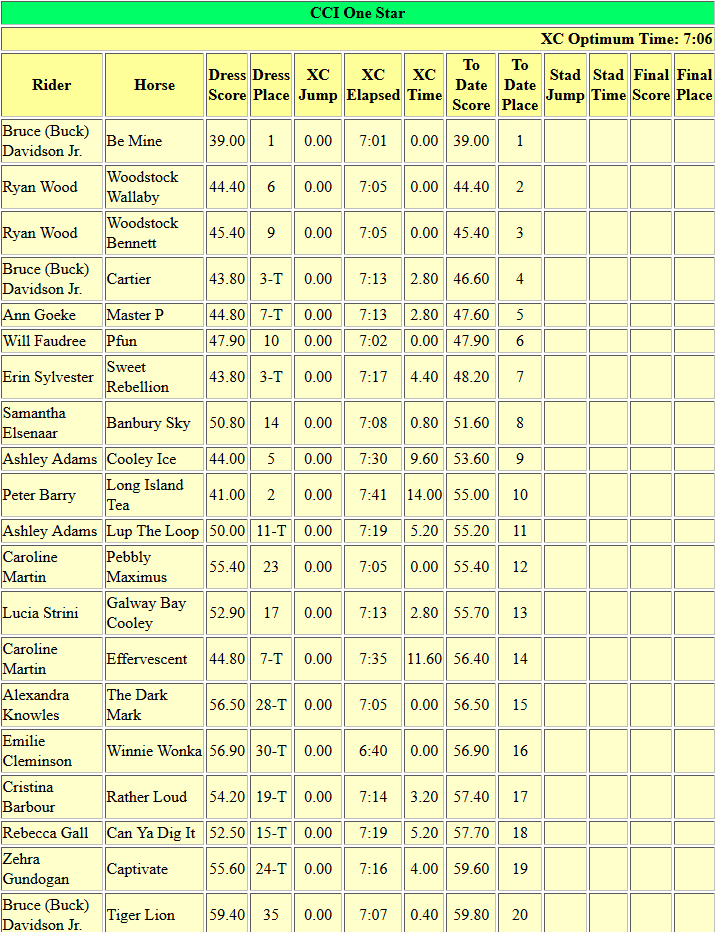 Much more on the CCI1* later, including photos and videos, but the CCI3* is starting up so I’m going to head back out onto the course. Allez Concours Complet!