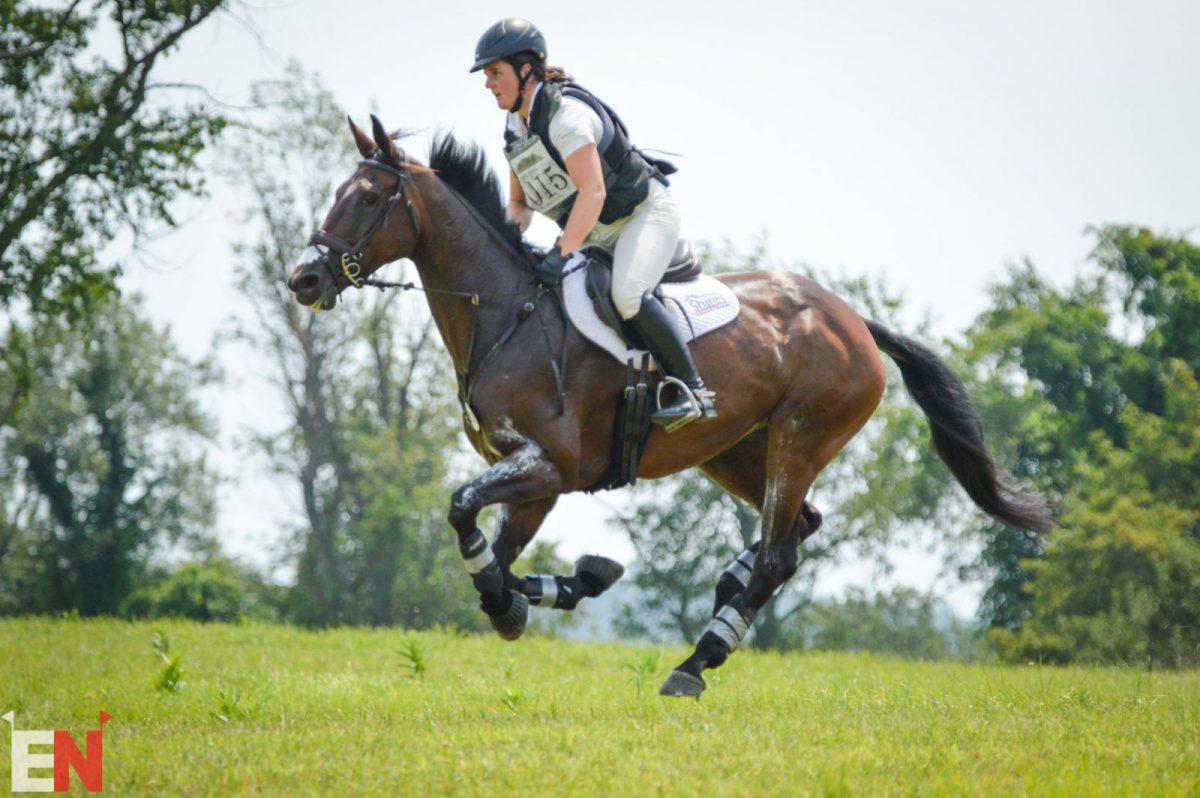 In late 2017, I sent a WhatsApp video to my late coach, Packy McGaughan, of a gangly four-year-old mare trotting around and jumping a few fences with me. I had just tried her, and I liked the feeling she gave me. He replied, “buy it.”

Those two words were pretty rare from a horse trainer as choosy as Packy. Usually he would say something more like, “that looks scopeless” or “not quite right behind” or “it moves like a quarter horse.” He had a discerning, sometimes ruthless, eye. So when you got the stamp of approval from him while out looking at horses, you knew whatever you’d discovered was probably a good horse.

I sent the video to Marilyn Little, for whom I had been a working student that year, and she also liked the horse. We vetted her the next day, and named her Bronte Beach. Four years later, we moved up to the Advanced level and finished in the top-ten at her first CCI4*L.

In 2018, I found myself huddled among a group of young riders in a tent, listening to a lecture during the Bromont Rising program while the wind outside howled. We were fortunate to participate in a range of lectures with top industry professionals, from Peter Gray to Doug Payne. But the most formative one, in hindsight, was a session about how to get sponsors and owners.

There were a couple of individuals present at the session who had owned horses that went to the World Championships and Olympic Games. They described the fun and thrill of the experience, but also the heartbreak when a horse got sick or went lame before a big show. It was a huge investment for them, and quite a lot of pressure on the riders, as I began to realize. 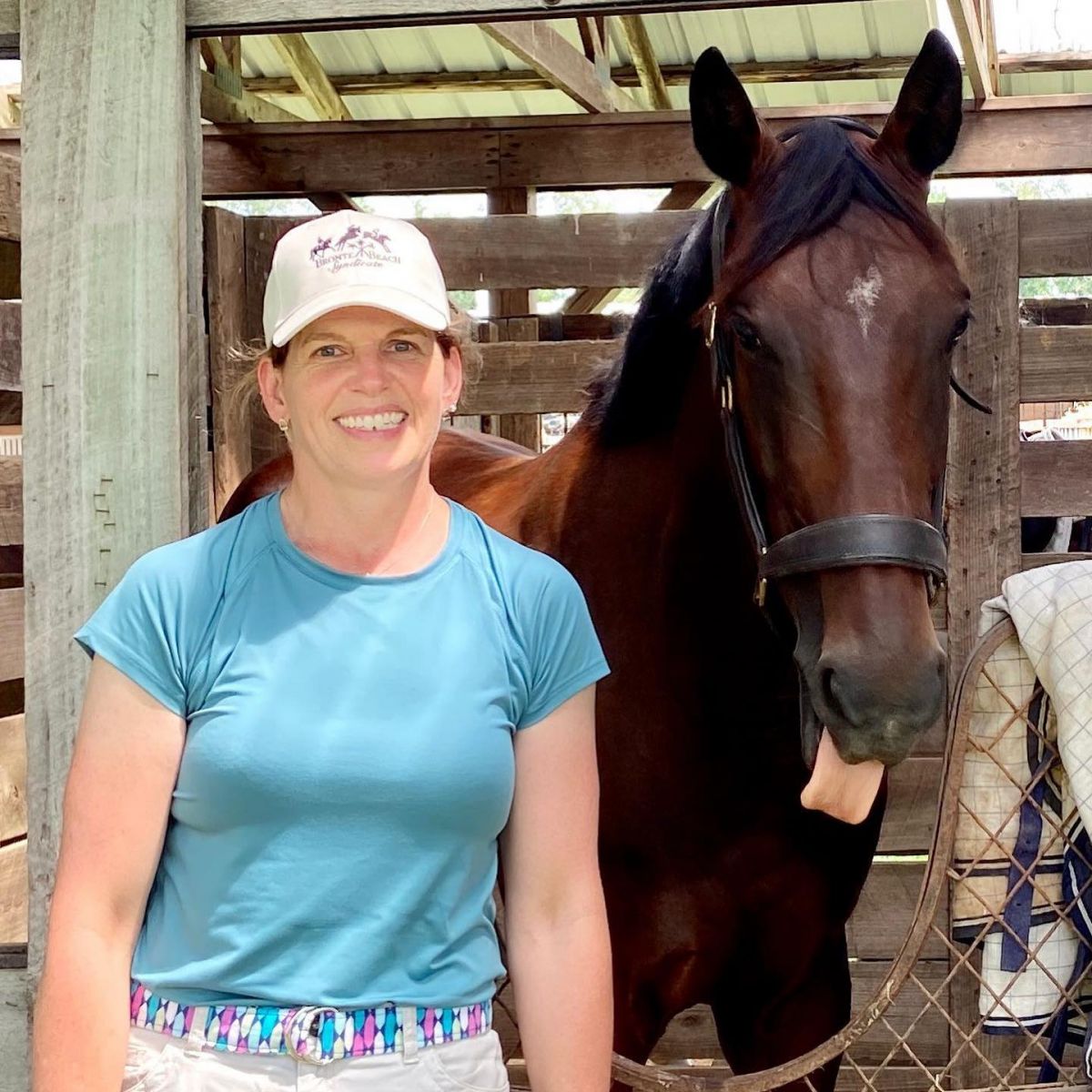 But what wasn’t clear to me was why someone would own a horse for a young rider when they could own one for Doug Payne or Jennie Brannigan or Phillip Dutton. I asked them, “why would someone like you want to support someone like me?”. I had less than two years of experience at the Advanced level. I had never won an international event. Their reply was telling: they said not to think of it that way, but rather to frame the question as “what can I offer this person, and what is unique about me that will make them want to join my journey?”.

I’m a bit of a weird eventing professional. For as long as I’ve been eventing, I’ve been in some kind of school. I moved up to the Advanced level when I was an undergraduate. I did my first five-star a few months before starting law school. I have a foot in both worlds, and my program is small. Furthermore, I do not plan to make eventing my full-time gig in the long-term; I want to have a career in law and policy while also competing at the top level. I don’t know many eventing professionals like me, but that’s okay. Still, if I wanted to make a go at this, I would need some additional support. I needed to work out how to attract people to join my journey.

Back to Bronte Beach: under Marilyn’s expert guidance, the mare was turning into as nice of a horse as we had hoped. I put together a syndicate packet for her and started sending it to just about everyone I knew. A couple of wonderful family friends invested in her, but I received far more “no’s” than I did “yes’s” when I asked people if they wanted to buy a share in the horse. After all, it’s not a way of making money: it is about being involved in a dream and loving the process of developing a horse. Bronte won several events as she moved up the levels, including her first 3*L in the fall of 2020. We were extremely excited about her and we wanted to get more people to join the syndicate.

I had met Elena Perea in the parking lot of the Duke Hospital in 2019 (No, I wasn’t dying, and she wasn’t my doctor). I was an undergraduate at the university and she was a doctor at the hospital, and we connected because she boarded her horse at a barn nearby that I was interested in moving my horses to. I hopped in her car and she drove me out there and showed me around generously. She was funny, smart, and witty; we got along right away. I moved my horses to that farm shortly after, started teaching her, and by the time I entered the Land Rover Kentucky Three-Day Event in 2021, she was a close enough friend that I asked her to help groom for me. 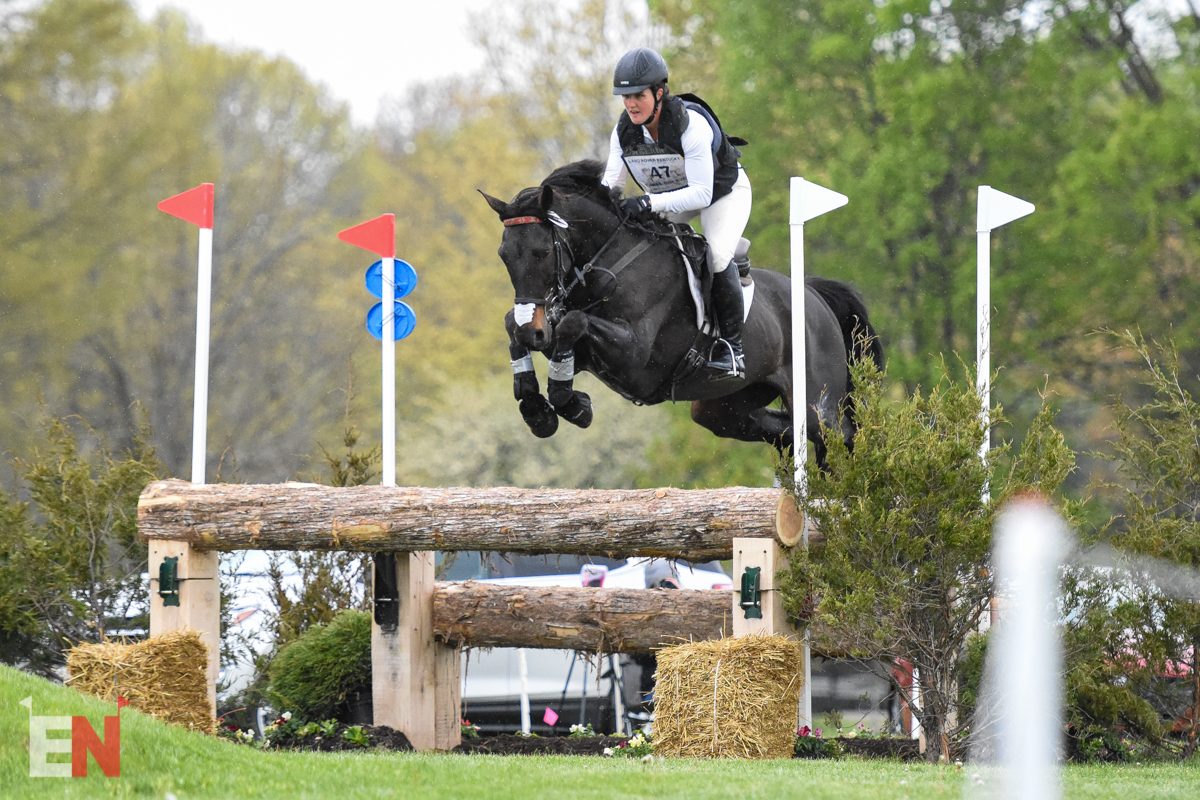 My first five-star was an experience I’ll never forget, and it was made special by the people surrounding me. My unlikely partner, a Saddlebred/Thoroughbred called Bendigo, showed me the way that weekend, but he also did something else important that I did not expect. After I finished as the top young rider at Kentucky, people I was asking to get involved with my younger horses started to say “yes” instead of maybe or no. Bendigo had helped me prove that I could compete at the top of the sport, and now people were interested in joining syndicates to help my other horses get there, too.

After Elena groomed for me at Kentucky (including pulling off a couple of amazing tail braids!), she presented me with an idea: if she put a group of people together, could they collectively buy into Bronte Beach? I said that I was willing to be creative to make it work. I thought that she would get 5-10 people together to buy a share, but she came back to me with a proposal for 37 people to buy 15% of the horse. They were all women doctors who rode horses.

I was a little shocked, but she assured me that she would help with the organization and the moving parts. Fast forward several months and we have all had a fantastic time; Bronte had a great first season at the Advanced level. Better yet, because such a large group of people split that share, the buy-in and maintenance costs to each individual in the group are quite low. This group has led to connections who have also invested in Bronte and in another young horse I have called RF Redfern. 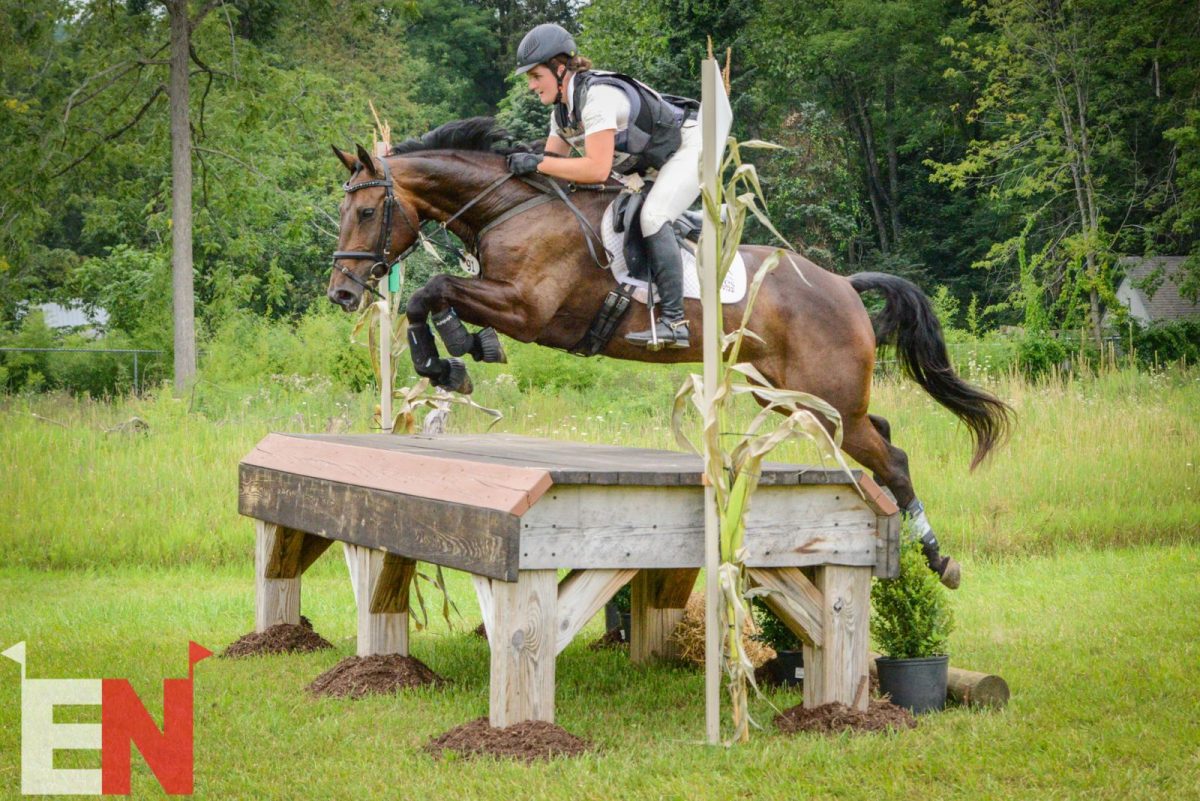 There’s a clear chicken-and-egg problem here: to get noticed and get support, you need a horse to get you to the top, but to get to the top, you need support and a good horse. It was a total accident that Bendigo became a five-star horse; he was a four-figure purchase for a 15 year-old kid. You couldn’t repeat the story again in real life if you tried. But it was really after Kentucky that more people were willing to take a chance with me on the other horses.

Competing at the top level is expensive, and you need a few horses to make it work consistently. I’m 24, and I’m making my way. I’m learning a lot on this journey—about connecting with people, about being willing to be creative, and about figuring out what I have to offer. I’m extremely lucky. I work hard to provide weekly updates and videos to my owners. I invite them to our farm and to events, and I always try to be honest. I talk about our dreams but I’m also realistic. In the end, I’m very proud to ride Bronte Beach, owned by 39 extremely cool, funny, remarkable women who took a chance on a girl and her mare.