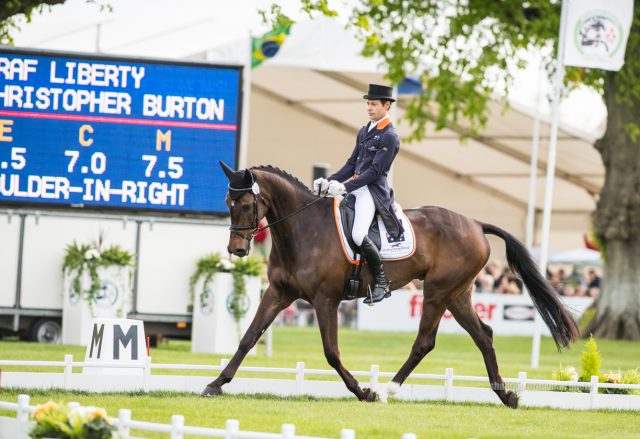 What a conclusion to dressage at Badminton Horse Trials! A star-studded afternoon session saw the top of the leaderboard completely transform, with Chris Burton and Graf Liberty scoring a jaw-dropping 32.9 to lead at the conclusion of the first phase.

That’s the lowest dressage score at Badminton in 15 years, and 32.9 ranks third on EquiRatings’ list of all-time top scores at Badminton:

To make things even more exciting, 10 combinations in the top 20 ultimately delivered personal best scores, including Ingrid Klimke and Horseware Hale Bob OLD, whose test earned a mark of 36.4 to sit second as we look ahead to cross country. 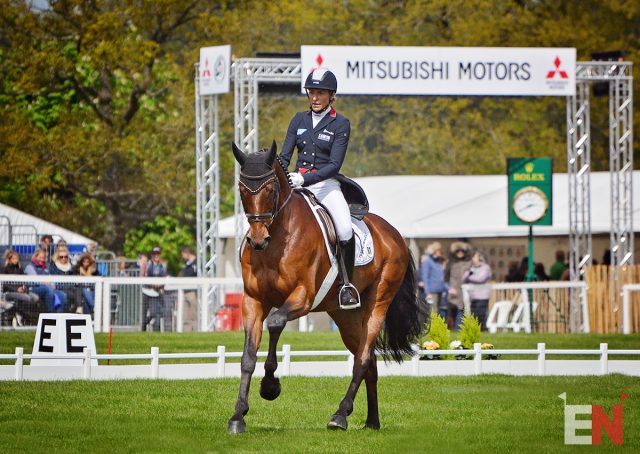 Ingrid has finished second at Badminton twice before — in 2015 with Hale Bob and in her debut at the event in 2006 with Sleep Late — and she made it clear in this afternoon’s press conference that she has returned to the venue to better that result. 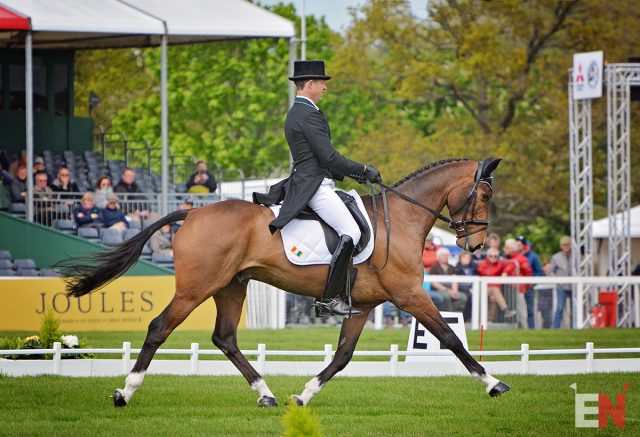 We saw five tests hit the sub-40 mark in the afternoon session alone, giving us eight total tests in the 30s. Jonty Evans shed happy tears after scoring 37.2 in Cooley Rorkes Drift’s Badminton debut to sit in third place on 37.2, becoming the first Irish rider since 2010 to score sub-40 in a four-star.

Karin Donckers and Fletcha van’t Verahof, who led at today’s lunch break, now sits in fourth place on 37.3. (Click here to read all about the morning’s dressage action.) 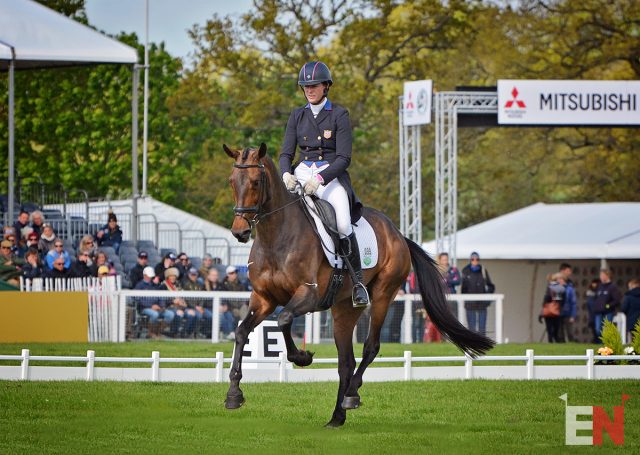 Now for the news we are REALLY excited about! Lauren Kieffer and Team Rebecca’s Veronica scored 38.0 to round out the top five, smashing their previous personal best of 43.2 and earning the best American score at Badminton since Clark Montgomery and Loughan Glen scored 33.3 in 2014.

Lauren said the mare has been a bit feral all week and she wasn’t quite sure how the test was going to go, but like the true professional she is, Veronica went straight to work as soon as she entered the ring. They had a tiny break in the trot work but the score indicates the true quality of the work.

“She’s 15-years-old now but she’s never actually felt better in her body than she does now. She’s like a fine wine, so hopefully she’s as good out there tomorrow as she was today,” Lauren said. “She’s a cross country horse and as long as I don’t put her wrong she’s going to jump the fences, so I’m excited to attack it on her.”

As for what it means to Lauren to be making her Badminton debut: “You watch the tapes as a little kid and you always hope to get there but you never really expect it, and now thanks to my wonderful owners I’m here with two horses.”

Not going to lie — we were all crying after their test. Don’t miss Samantha Clark’s full interview with Lauren here:

Looking to how all of our North Americans fared in dressage, here’s a look at their standings heading  into cross country tomorrow:

You can see photos and watch interviews with all our North American riders in our other dressage reports here, here and here.

Now cue the nerves for cross country. Eric Winter’s course is guaranteed to shake up the leaderboard, and you can preview the track fence-by-fence here and via drone flyover here.

We’ll be running live updates here on EN and tweeting live @eventingnation starting at 11:30 a.m. BST/6:30 a.m. EST. All the details on how to watch live are on this page.

If you loved all the statistics in this report, be sure to follow EquiRatings on Twitter and like the Horseware Eventing Podcast Facebook page for even more analysis from Badminton. Click here to catch up on all of EN’s coverage of Badminton so far. As always, you can view more photos on Instagram. Go Eventing. 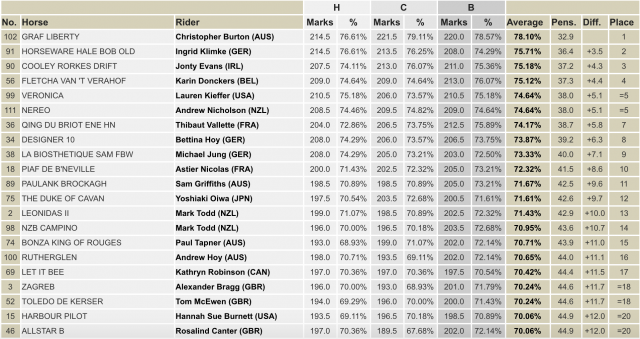