Chattahoochee Hills will be the final run on the fall schedule for those prepping for the Tryon 4*-L. While quite a few riders have opted to head to the only 4*-L of the year off of a longer gap, nearly 30 starters will use this weekend as the final springboard to North Carolina.

Although time is king at Chatt Hills, we did see two pairs make the time at the August edition of this division, one of whom beat the clock even with a stop. It’s quite the battle but still possible to make time; ultimately the question is who will try. Nilson Moreira da Silva has made the time twice here with his ride Magnum’s Martini, including most lately in August, and Jacob Fletcher with Van Gough won the 4*-S last year off the back of a round inside the optimum time. 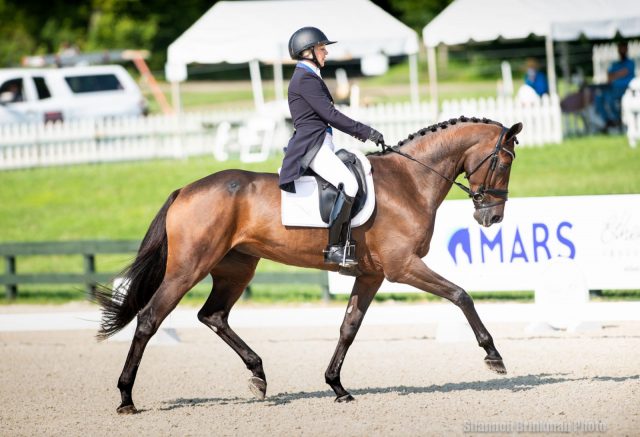 One of the most predictable things in this sport is the ability of RF Scandalous and Marilyn Little to lead the field after the first phase. These two have led from day one in their last seven consecutive starts at the A/4/5* levels, and have broken the 75% mark in their most recent six starts for those levels. It will take a little luck for any other pair in the field to catch them. In their two 2020 starts thus far, they average a whopping 20.9 penalties. The only thing working against them is their fairly early draw; in a field of almost 30, they will be sixth into the ring.

Liz Halliday-Sharp and Deniro Z will certainly do their best to take advantage of any weaknesses; these two have stepped up their game in this phase this year, dropped from an A/4* average of 28.8 in 2019 to an average of 24.7 in three starts this year. It will be tough to catch RF Scandalous on day one … but not impossible for Deniro Z.

A lot of eyes will be on Pan Ams individual and team gold medalist Tsetserleg as he makes his first start at the level since his second place finish at Kentucky in 2019. Between a quick tour at the lower levels to help secure an Olympic slot for Team USA, a minor pandemic, and waiting for his rider Boyd Martin to finish up his own rehab, the expectations will be heavy on this horse this weekend. After a long hiatus, there’s a lot of question marks surrounding how this horse might perform; his statistics show he won’t quite catch the aforementioned pairs, with a personal best of 29.9 at the A/4* level. It should also be noted that the horse’s best scores have both been at the 5*-L level, indicating that Boyd Martin know exactly how to get this horse to peak at the right time, which would be for Tryon in three weeks time.

The biggest weakness RF Scandalous has is her speed; she’s incurred double-digit time penalties in all but one of her five clean A/4*-S runs dating back through 2018. While sometimes she can still maintain a top placing even with those time penalties, she won’t be able to build up enough of a gap this weekend against a stronger set of competitors. 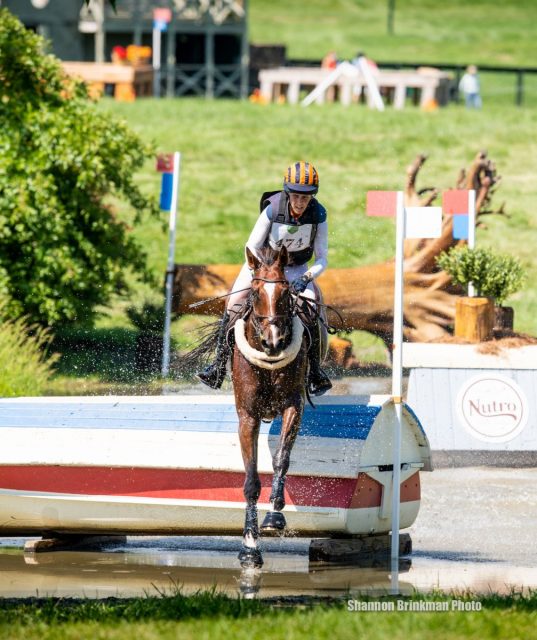 This leaves the door open for Deniro Z, who has made the time in his last two consecutive outings to secure wins at both, but overall averages a speed rating of 11.9 seconds over optimum time or the fastest cross country round when looking at clean A/4*-S rounds for the last two years. Boyd Martin and Tsetserleg have a very similar speed rating of 12.2 seconds for the A/4*-S level. Ultimately, the biggest question of the weekend is, will either of these riders choose to go for the time with the bigger goal only a few weeks away? If so, Deniro Z should be able to edge out RF Scandalous for the top spot headed into the final phase with Tsetserleg hot on their heels. If not, there will be an opportunity for others who have an eye to being competitive this weekend.

Pairs who have traditionally had the pace paired with a solid enough dressage score to eat at the lead of the top trio include Lancaster under Waylon Roberts, Blackfoot Mystery with Boyd Martin, and La Paz with Sara Mittleider.

RF Scandalous and Deniro Z are both extremely strong in the final phase; RF Scandalous has jumped clear in nine of her 12 rounds at this level and hasn’t incurred a rail at A/4/5* since August of 2018. Meanwhile Deniro Z has jumped clean in nine of his last 10 rounds at this level. Both are likely to leave everything up in this phase but Deniro Z has incurred time penalties in three of his last four rounds. While not a lot of penalties have been incurred, it might be enough to make the difference between winning and losing this weekend.

Boyd Martin’s pair of rides, both coming off a long hiatus from this level, are a bit less predictable. Their overall records trend towards each having a rail. Tsetserleg may be more of a toss-up, having jumped clear in 50% of his eight A/4*/5* rounds when stadium was the final phase while incurring rails in five of 11 A/4*-S rounds. However Blackfoot Mystery is more likely to incur at least one rail, despite a recent clean round under Phillip Dutton at Great Meadow. He has never jumped a clear round at this level when stadium was the final phase, under either Boyd Martin or previous rider Kelly Prather. 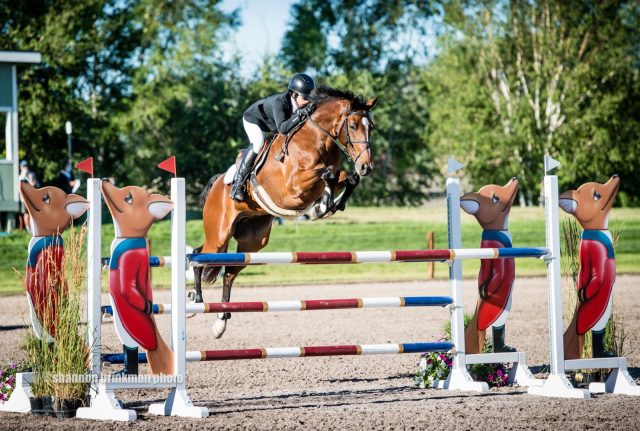 Lancaster is also likely to slip down the ranks with the high possibility of a rail or two, leaving an opportunity for La Paz to climb up solidly into the top five. La Paz and Sara Mittleider have only incurred one rail in six round at the A/4* levels, which will put them in good standing for the final placings. 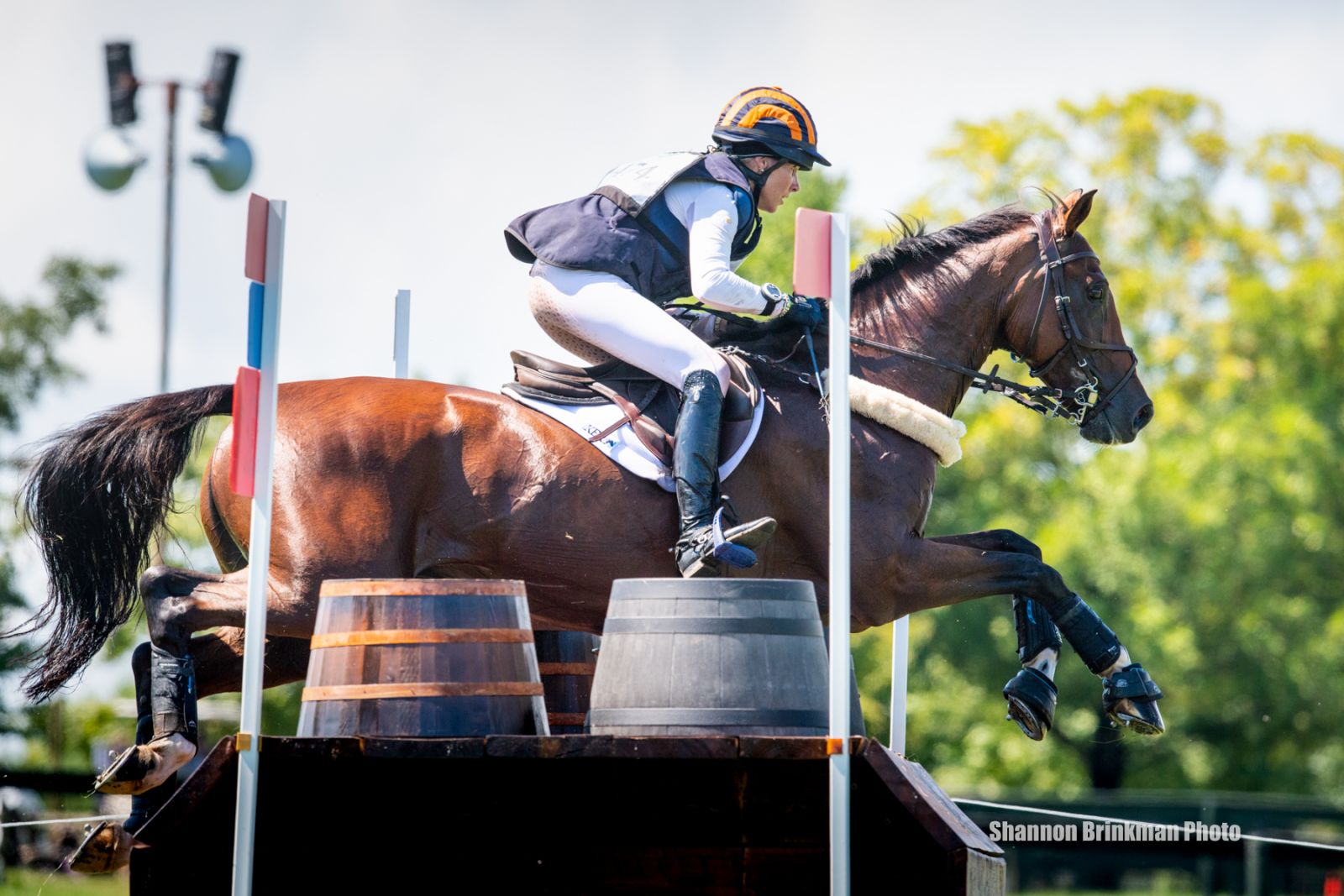 Liz Halliday-Sharp is on the hottest of streaks, having won each of the three east coast 4*-S held this fall, two of them with her mount for this weekend. While it might be a nail biter, Liz and Deniro Z are plenty capable of pulling off the win if choose to keep up their blazing winning ways. 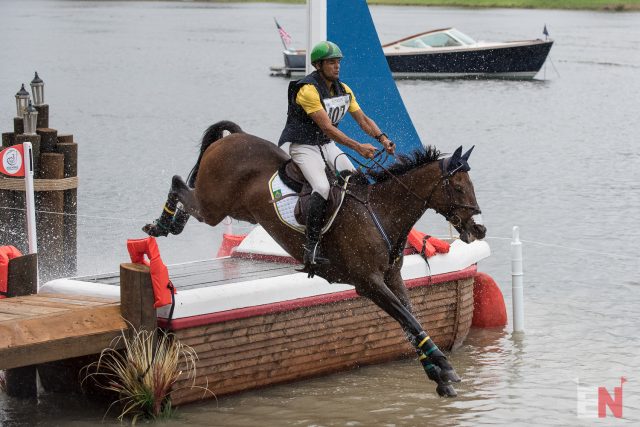 Lancaster technically has the fastest speed rating in the field; however as previously mentioned this venue has not been one where Waylon Roberts has chosen to press the pace. The quickest round of the day is more likely to go to the speedy Magnum’s Martini with Nilson Moreira da Silva, who put in the fastest clear round at this venue in August and has also been the fastest round at this venue on three other occasions. This pair likes this venue, and more importantly, are very familiar with it. 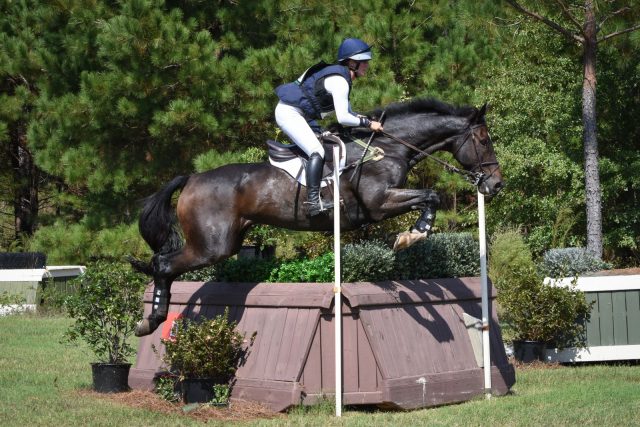 We need to seriously discuss Trendy Fernhill, who has now had two Advanced starts under Jenny Caras. In two starts, they’ve averaged a 29.8 on the flat, a pace only 8.5 seconds slower than the fastest of the day, and had no added rails or time faults in stadium. With results like that, they could be right up in the top three at the end of the day, but two starts is too early to make a definitive call. Regardless, this is a pair to keep an eye on moving forward.

Dressage takes place on Saturday, with show jumping immediately followed by cross country on Sunday. Keep it locked on EN for all the latest!