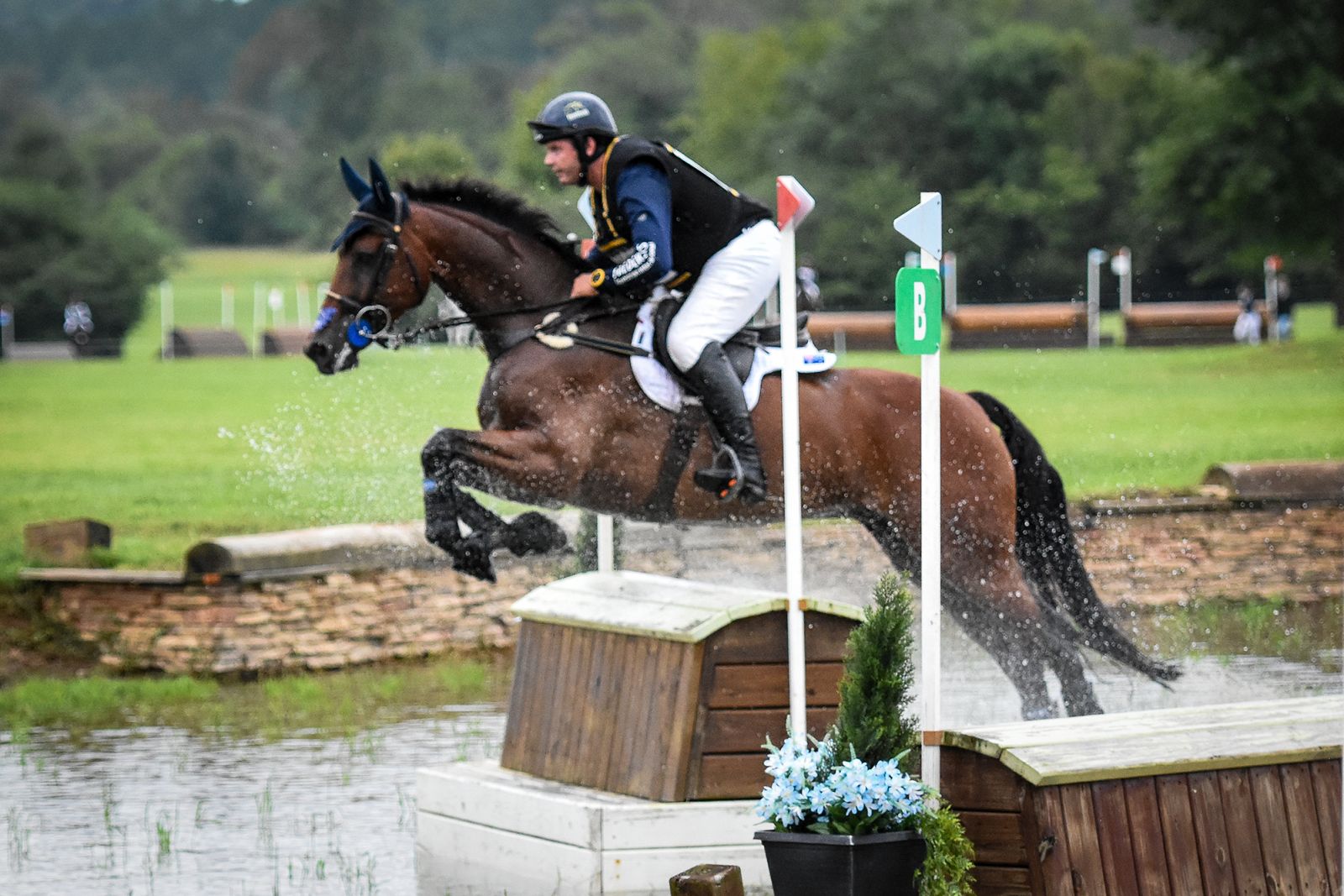 Clayton Fredericks is riding with one singular goal: to represent Australia at the Tokyo Olympics. It’s been eight years since his last team appearance, but he thinks Diana Crawford and Kingfisher Park’s FE Stormtrooper is the horse who can can make that dream a reality.

“The plan to earn team consideration for Australia is keep winning. There’s no other way to get on the team than to create a situation where they have to have you. That means your scores have to be good and you have to be reliable, so that’s what I’ve got to do,” Clayton said.

If winning is what he needs to do, he’s on the right track. He and the 11-year-old Hanoverian (Stakkato’s Highlight x  Levina, by Levisto) took home the blue ribbon today in the Advanced Division at Chattahoochee Hills. Leading the pack overnight, Clayton and “Stu” cranked out a clear round with 8.4 time penalties to finish on a score of 39.1.

“I’ve been working hard to improve the score in the dressage and improve the show jumping and just figure the horse out really, and today was a chance to go a lot faster. I think there was only one inside the time and it was a pretty testing course,” he said. “He was super enjoyable. Everything is in line as far as I’m concerned for what we were trying to achieve.” 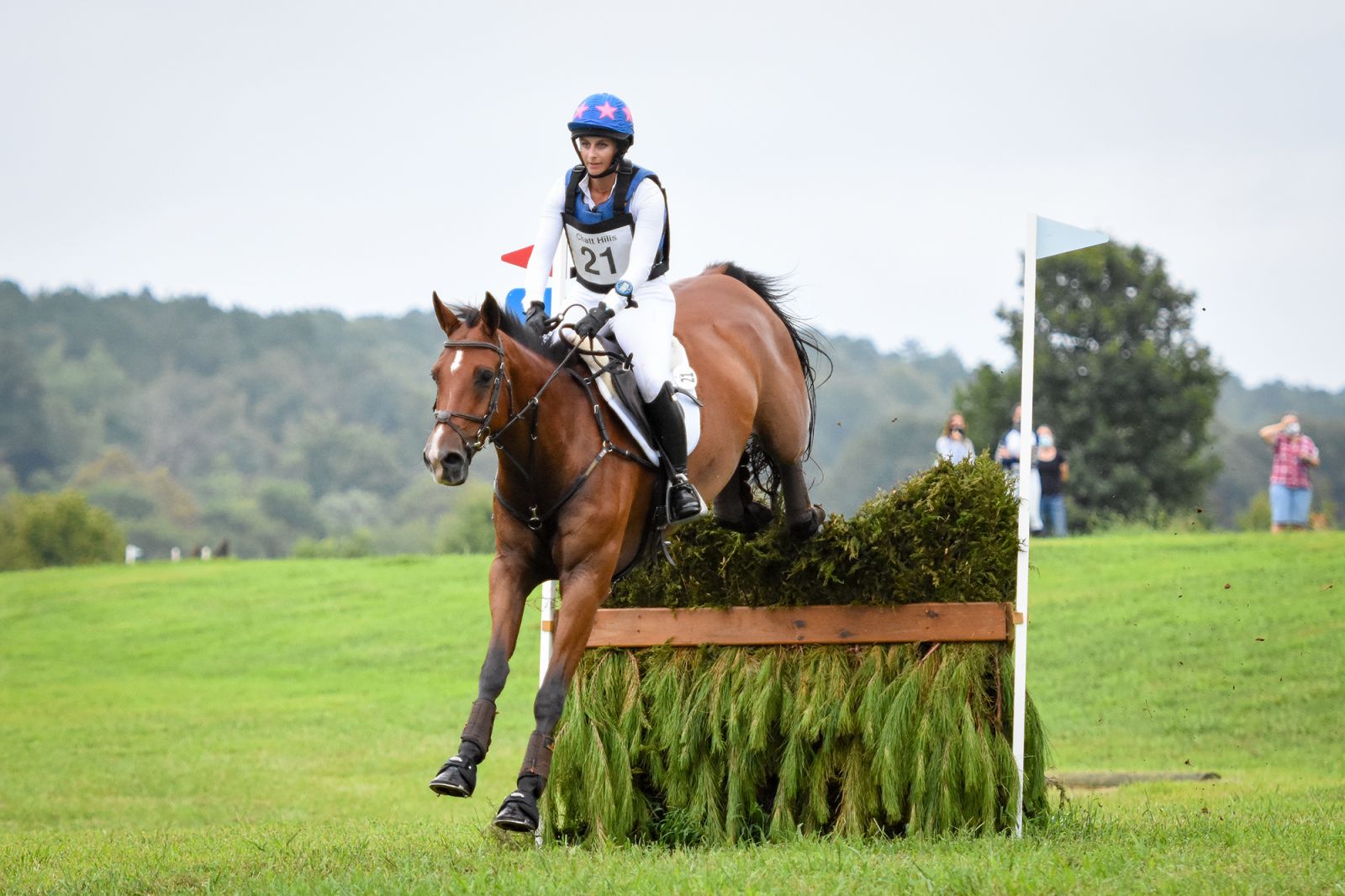 Rebecca Brown had a smile plastered from cheek to cheek as she came through the finish flags with Dassett Choice. I think we’d all have done the same after a clear round with the sporty 11-year-old Dutch Warmblood (Caricello x Vilja, by Hemmingway). The pair added 8 time penalties to finish in second place on a result of 40.3.

Bobby Meyerhoff’s determination on today’s cross country paved the way for a major leaderboard climb with Fortuna, a 10-year-old Dutch Warmblood (Balou du Rouet x Nova Keur, by Consul) owned by Robert Meyerhoff.  The very last pair on course, they picked up just 3.6 time penalties bumping them from 13 spots to a third place finish on 44 points. 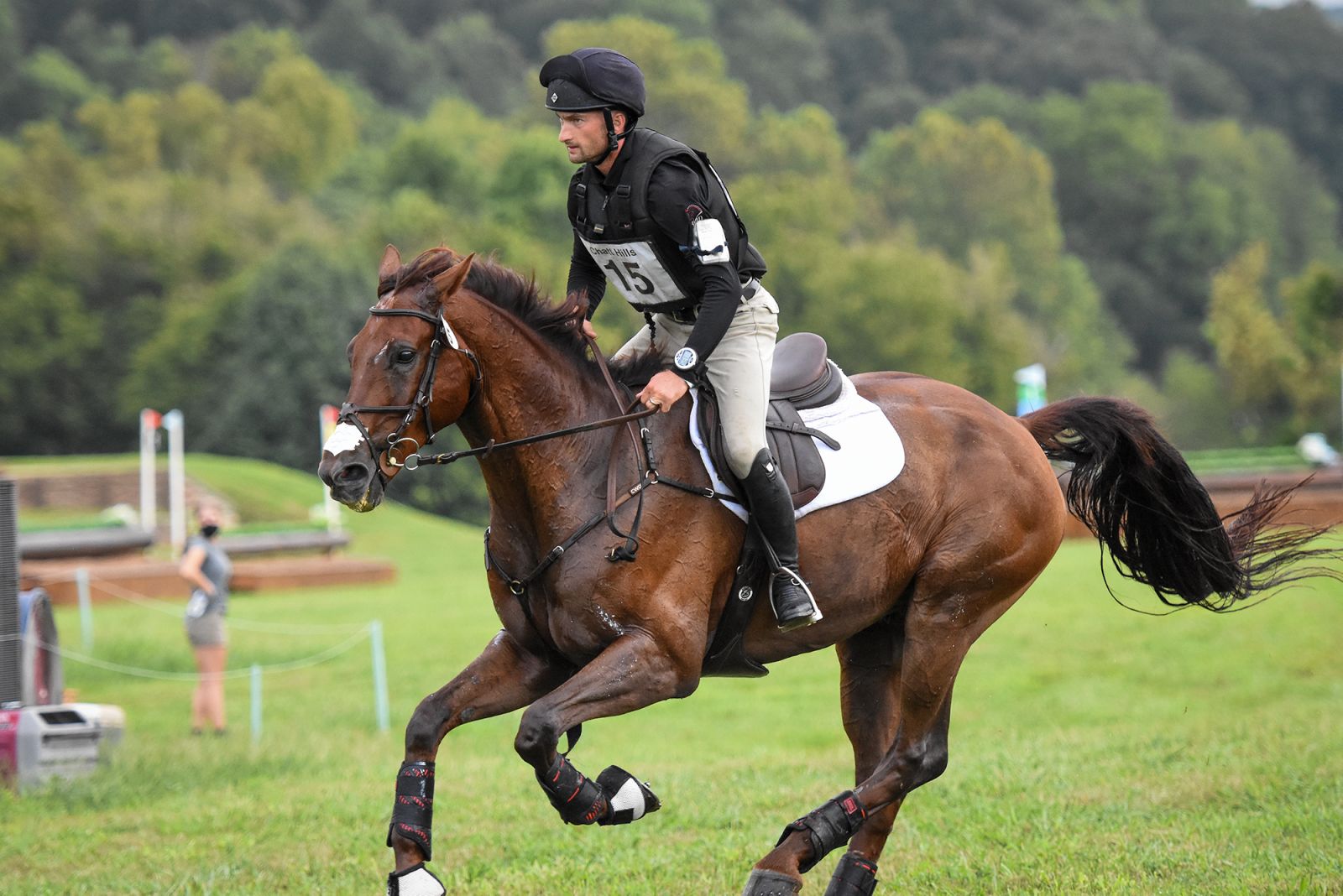 Waylon Roberts piloted his and Michelle & John Koppin’s Lancaster to fourth place. The 13-year-old Canadian Sport Horse had a clear round with 4.8 time penalties to finish on a score of 45.1. 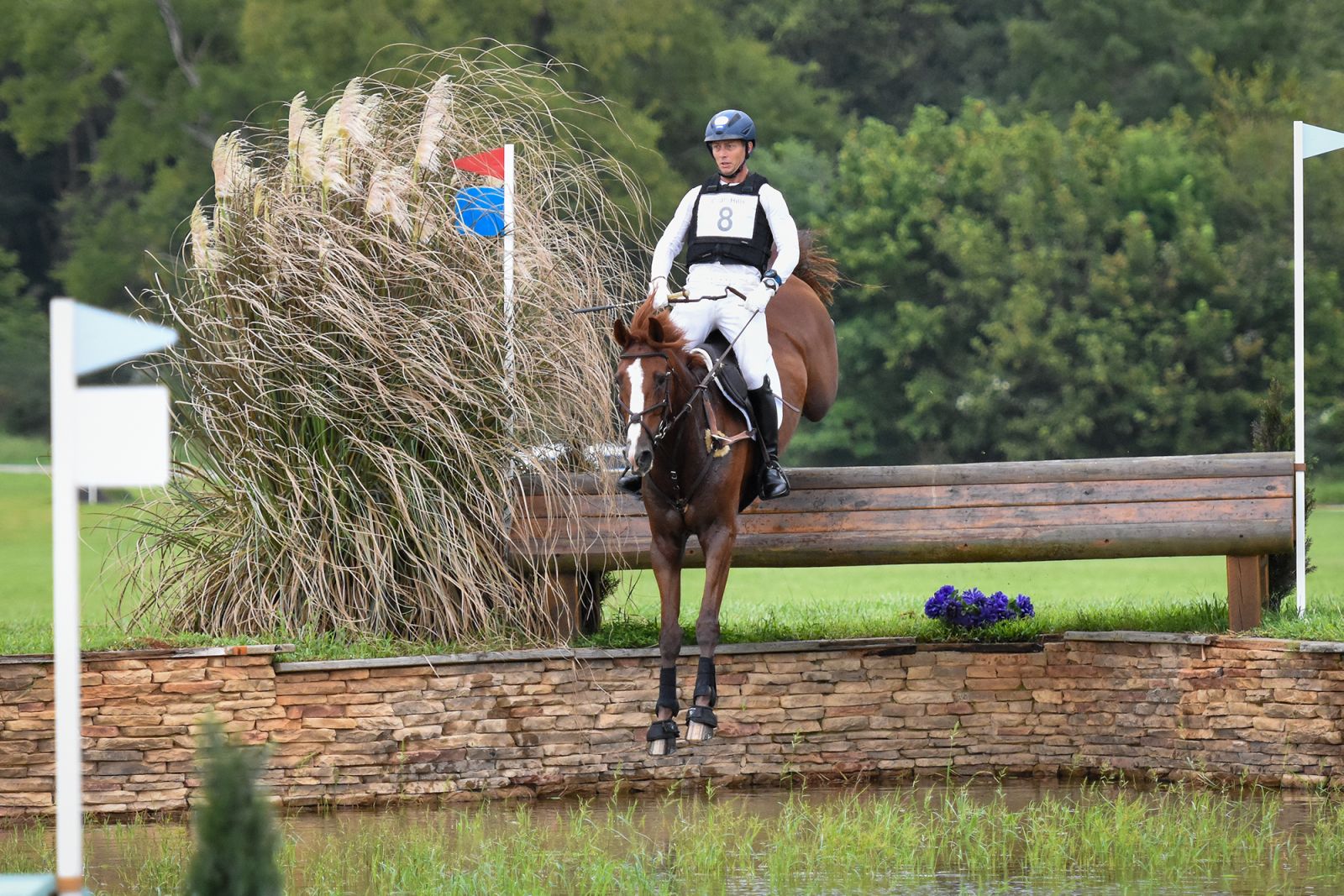 Dushi Terma, a 12-year-old KWPN (Valliant x Naterma, by Ammareto D I), who is owned by Jon Holling, Constance Ann Holling and Team Rebecca, had a classy run this morning with Jon Holling in the tack. This pair, who were ninth after yesterday’s show jumping, moved into fifth after 9.2 time penalties.

Brazil’s Nilson Da Silva and Rock Phantom, the dressage winners, cleaned up in sixth place. He and the 9-year-old Irish Sport Horse (Spirit House x  Ballycroy Rose, by Clonakilty Hero) had a quick clear for a final result of 46.3. 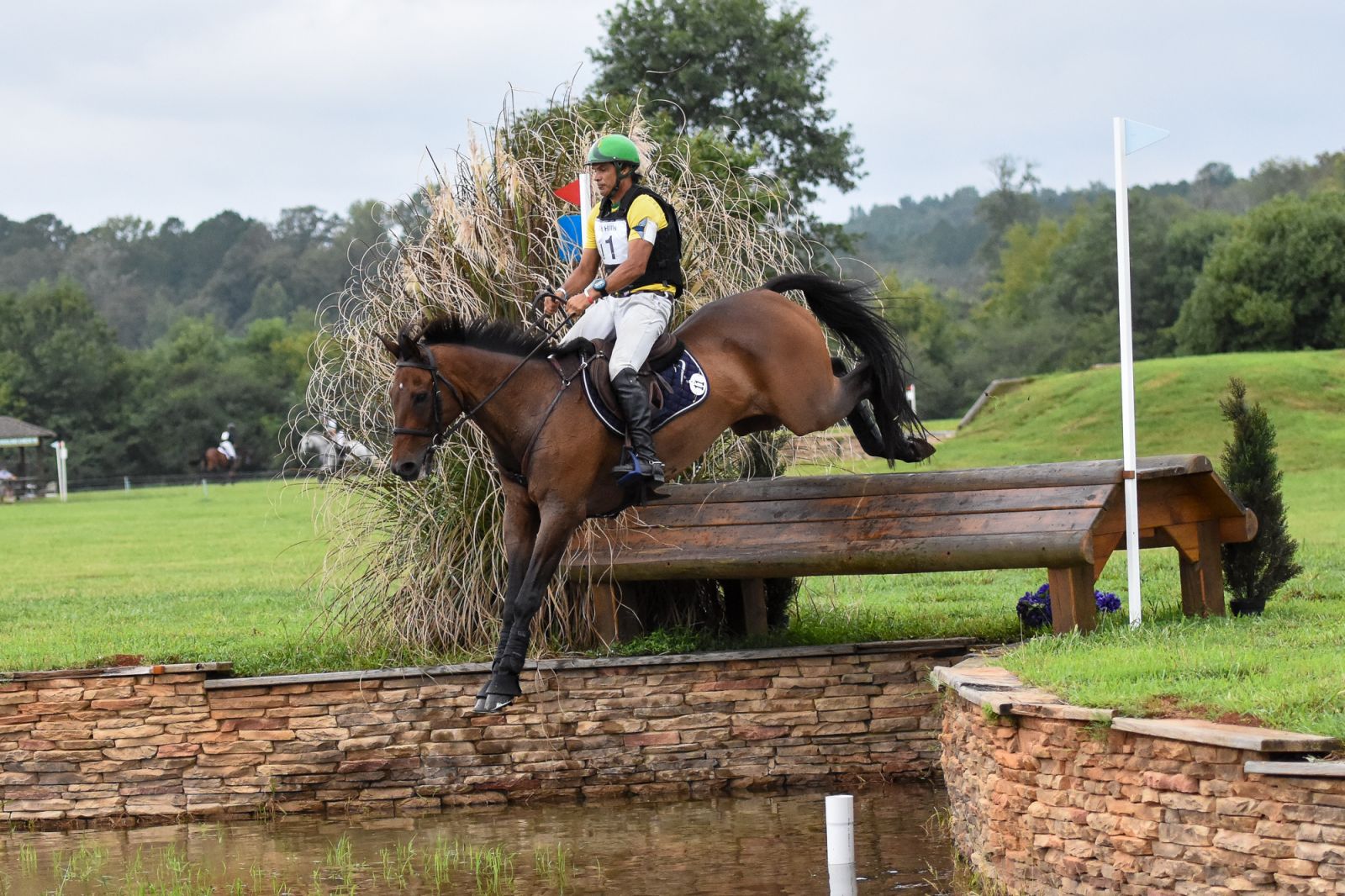 Nilson didn’t let his foot off the gas with his other ride, Magnum’s Martini, a 16-year-old Oldenburg (Magnum x Momo’s Girl) owned by Nilson and the MM Syndicate. They were the only pair in the division to go double clear, which made them the biggest leaderboard climbers going from 25th to 10th on a final score of 48.2.

The Pan American Games partnership of Dana Cooke and FE Mississippi, a 10-year-old Württemberger (Cassini II x Liastra, by Legaat) owned by the FE Mississippi Syndicate, were seventh on 46.6 points. They had a clear round with 12 time penalties. 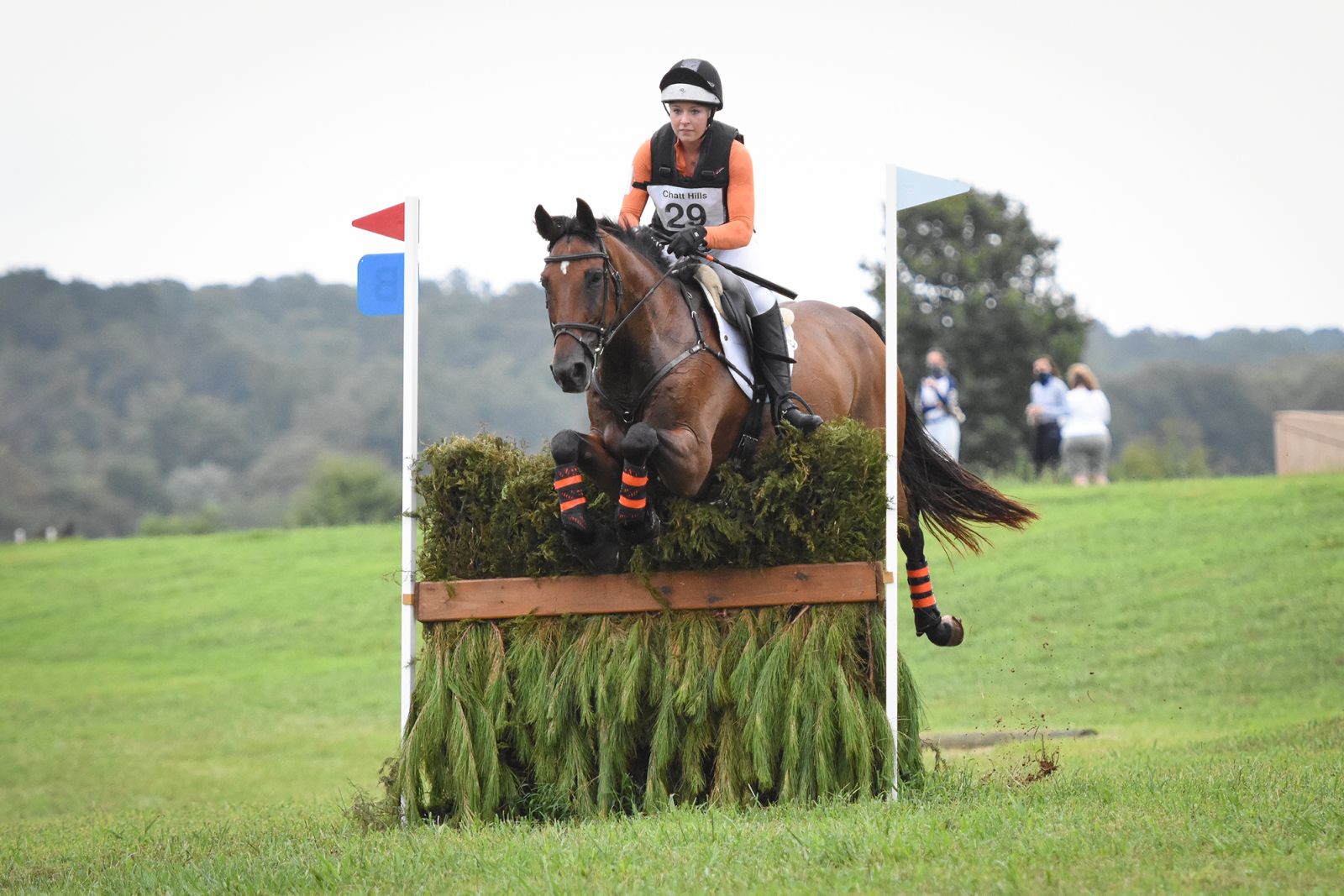 Alex Baugh and Mr Candyman, a 13-year-old Holsteiner (Canto 16 x Montara, by Corofino I) owned by Altorac Farm, turned up the heat to move from 20th to 8th after the cross country phase. Their final score was 47 after 3.2 time penalties.

Zach Brandt had first-timer Direct Advance looking confident around the 3800m track. The 9-year-old Irish Sport Horse (Night Cruise x Herbst Jennie B, by Concorde) had 15.6 time penalties for a three-phase result of 47.8.

This Advanced division certainly was no dressage show. Yesterday’s show jumping coupled with Hugh Lochore’s cross country course gave riders plenty of challenge, and the leaderboard reflected that. Only one pair, Nilson Da Silva and Magnum’s Martini were able to go clear inside the time, though Zoe Crawford and K.E.C. Zara did manage to beat the clock, despite one stop on course.

Of the 30 starters, 19 finished with no jump penalties. Four withdrew before the cross country. Gabrielle Ruane and Lismakeera and Brewski parted ways at 19A, a hanging log drop, but the rider was up quickly and unharmed. Ashley Hays and Call It Courage both fell at fence 9, the Kidney Pond.

Thank you to everyone at Chatt Hills for following USEF COVID-19 guidelines.