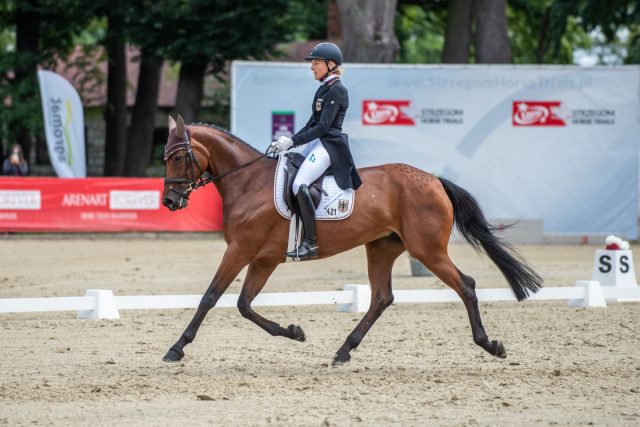 The second leg of the 2020 FEI Eventing Nations Cup series is underway at Poland’s LOTTO Strzegom Horse Trials, with Ingrid Klimke and SAP Hale Bob OLD in the individual lead and the Dutch team on top after Friday’s CCIO4*-NC-S dressage and show jumping phases.

Ingrid was on form with “Bobby,” the reigning European champion and her 2018 Tryon WEG and 2016 Rio Olympic partner. They posted a 21.7 in dressage then added a rail for a score of 25.7 heading into cross country. Ingrid also sits 10th on SAP Sasha P. 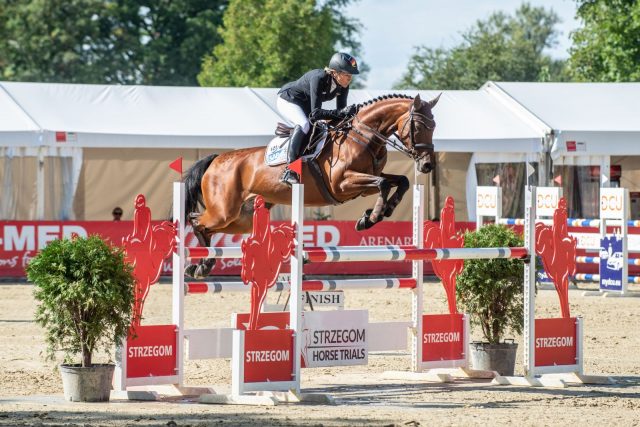 An interview with Ingrid Klimke, the leader after two trials in the CCI4*-S class.

“I’m very happy, especially with Bobby,” Ingrid says. “He remembered what he had done in the arena three years ago [when they won the European Championships at Strzegom], so he did a wonderful job in the dressage. He was quite excited in the jumping and a little bit fresh, so he’s ready for the cross country. Asha was quite tense in the dressage in the beginning, but then she became calm and did a wonderful round in the jumping today.” 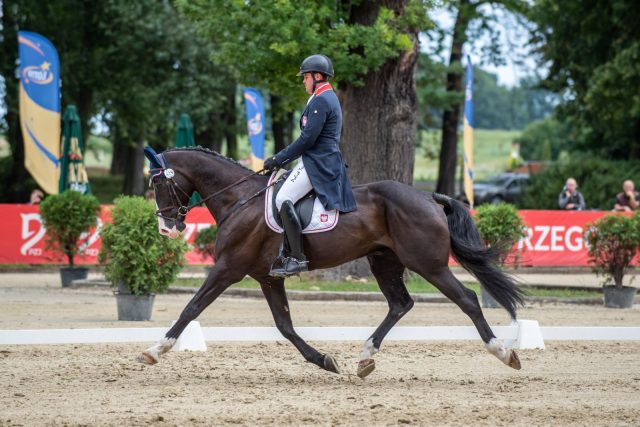 “Dressage and jumping are Lassban’s strong suits, so I was counting on him today,” says Mateusz. “It went 100% according to our plan. You always have to be fully motivated for the cross country trial. I hope everything goes as well as it did today.” 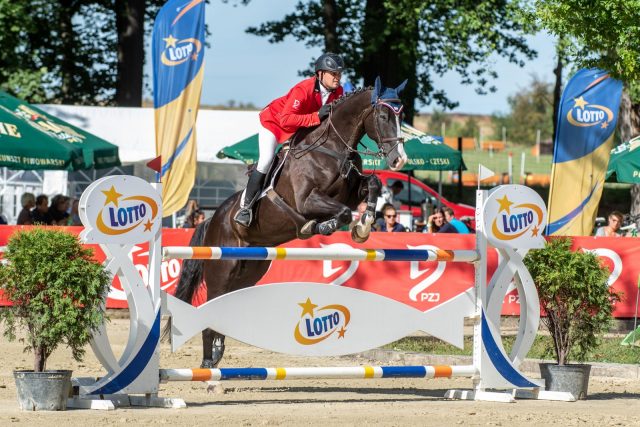 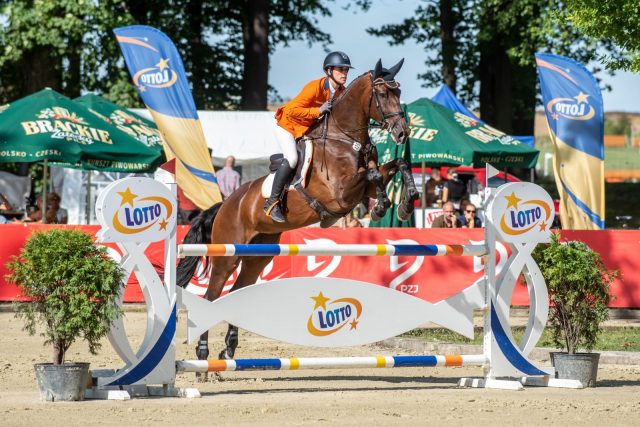 An interview with Merel Blom from team Netherlands after the jumping trial in the CCI4*-S NC class.

Cross country takes place on Saturday — take a look at the 4* courses via these videos.

Check out a bit of the coursewalk of the cross country track in the CCI4*-S Nations Cup class with Italian rider Andrea Cinncinati.

Check out the CCI4*-S coursewalk video with #2 of the world rankings – Tim Price Team Price.

Friday was the last day of the dressage tests in the short 3* and 2 * classes. Germany’s Dirk Schrade has the lead in both of them with Casino 80 and La Duma. The 2* class for juniors and 3* class for young riders were dominated by German rider Greta Busacker with Scrabble 15 and Coco Maurice 2. It was also a showjumping day for the 1* Intro class, led by Sophie Leube riding Skyjacker 3.

New Zealand’s Tim and Jonelle Price hold the top four positions in the CCI4*-L — you can read our dressage report on that division here.

The Strzegom live stream will be broadcast on both the event website and on Facebook. The remainder of the broadcast schedule is as follows: 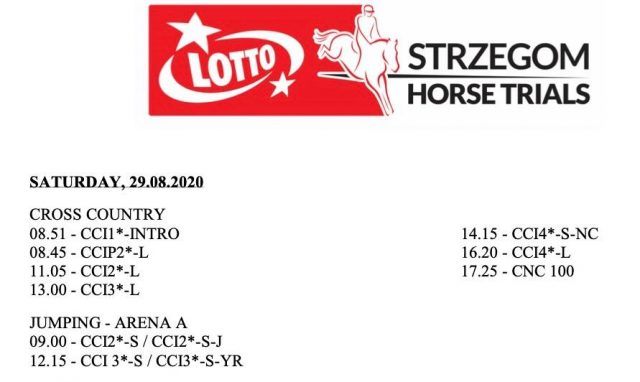