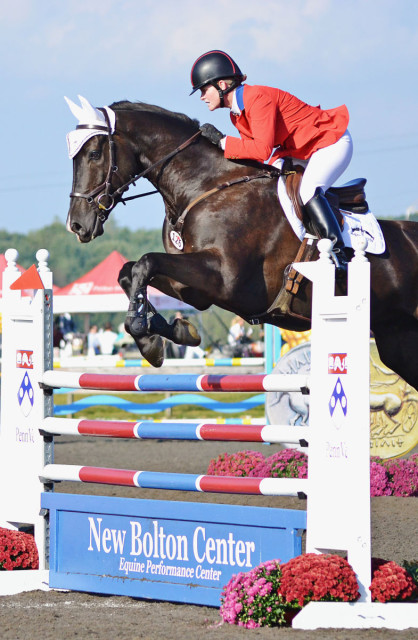 Five Points is well placed in the fall season for the East Coast, providing a solid Advanced run for those who couldn’t make it out to Richland or feel they need an additional run before the fall three-stars. At this point in the year, Area II will run an Advanced or three-star every two weeks leading up to Fair Hill, while the American Eventing Championships and Poplar Place provide different timing alternatives for those in the south.

There are several exciting new pairings making their Advanced debut at Five Points, with Doug Payne, Will Faudree and Boyd Martin all stepping up new partnerships with experienced horses. Meanwhile several other top riders have exciting prospects running their second Advanced who could easily spoil the top five. There are only two completely green horses in the division, so look for quite a competitive finish at the top as experienced pairs battle it out.

Surprise! The dressage test will be … still 2014 USEF Advanced-B. Hugh Lochore has traditionally been the cross country course designer for the Carolina Horse Park and will continue in this capacity for this Five Points Horse Trial. The show jumping course designer is Marc Donovan, who will seriously need a vacation soon after designing Chatt Hills, Richland and Millbrook in the past five weeks.

1. Kim Severson and Cooley Cross Border: Kim and her precocious horse answered the question of Advanced emphatically at Richland, leading from start to finish in the horse’s first full run. If they can replicate the same phases this weekend, they’ll come out on top again in a division full of serious talent.

Cooley Cross Border has some serious dressage chops, and while he hasn’t quite busted them out yet, his average of 30.5 is nothing to sneeze at. This pair jumped double clear in their only Advanced cross country run so far, which would edge them up to the top after the second phase. At Richland, Kim guided this horse to a clear show jumping round with only 1 time penalty. A final score in the low 30s would put these two on top, with a rail to give if necessary. 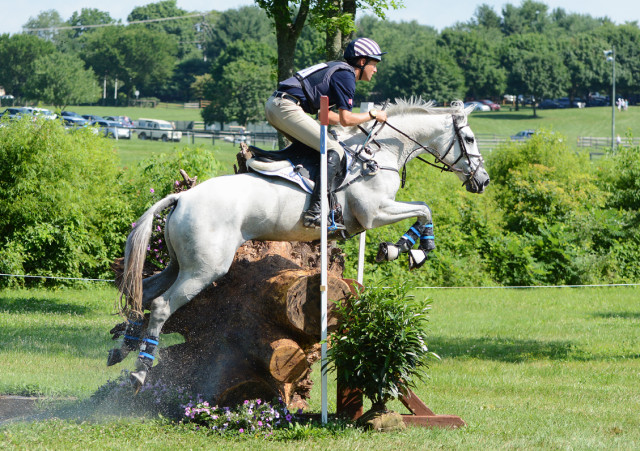 2. Boyd Martin and Crackerjack: Boyd is channeling his inner Buck Davidson and running five horses in this particular division. Crackerjack is the only four-star horse of the bunch, though, and his experience will show, giving Boyd his highest placing.

Crackerjack is not quite as flashy as some of the others on the flat, but a workmanlike test will score somewhere near their 36.9 average on this test. Generally this horse is a bit slower across the country, but a speedy round with only 2.8 time penalties the last time he was here will bump him up the ranks. Always a careful jumper, Crackerjack will cement his place in second with a score in the high 30s. 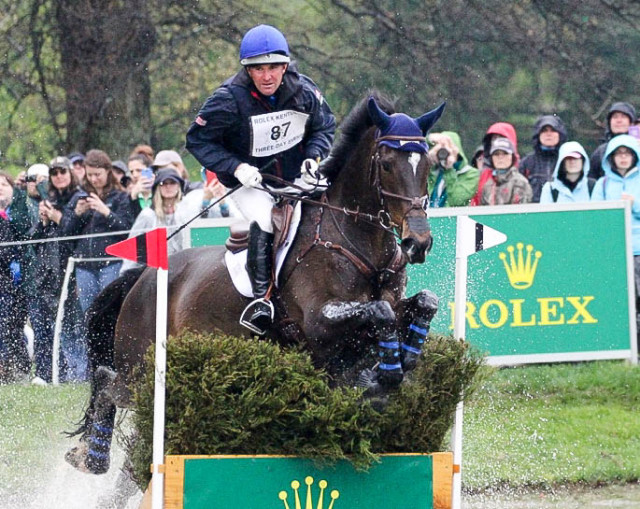 3. Phillip Dutton and Mighty Nice: Phillip has the aptly named Mighty Nice back in action this fall, and the Irish gelding will likely live up to his name this weekend. After sadly not completing Rolex after a cracking cross country round, Phillip will be aiming to obtain an Olympic qualification this fall for Mighty Nice.

Mighty Nice is quite proficient on the flat, averaging a 28.1 on this particular test. A typical average of 7.6 time penalties over Hugh’s courses will bump him down a little. This horse typically has one rail over Marc Donovan’s courses as well, which will put him on a final score just a shade behind Crackerjack. These two will finish in third on a score in the high 30s. 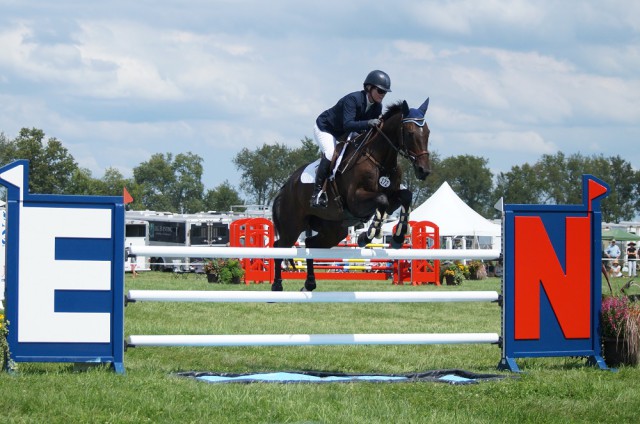 4. Kim Severson and Fernhill Fearless: Kim and her WEG partner may have recently hit a snag at Richland, but don’t expect that to happen again. Fernhill Fearless had a bang-up start to his season at Millbrook and should follow that up with a top five placing this weekend.

Kim and Fernhill Fearless average a 32.2 on this test, which will put them in sufficient stalking range after the first phase. An average of 7.2 time penalties over Hugh’s courses will help them climb the ranks. Fernhill Fearless is another horse with a tendency to pull one rail over Marc’s courses, which would put this pair on a final score in the low 40s for fourth place. 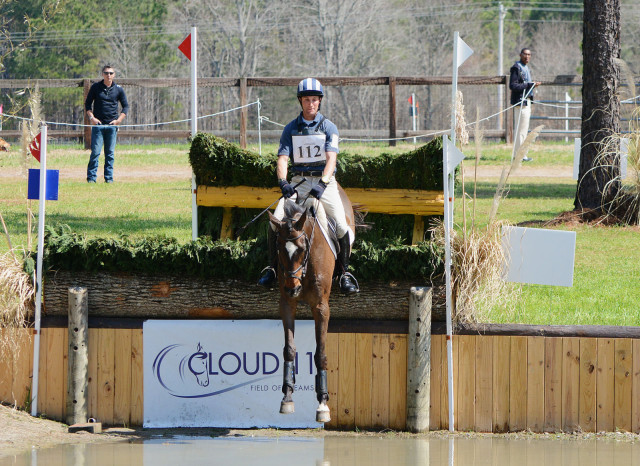 5. Andrew McConnon and Ziggy: Andrew McConnon and his new partnership with Ziggy got off to a fantastic start earlier this year with solid finishes at Andrew’s first Advanced at Pine Top and first CIC3* at Carolina International. This will be their first start at Advanced since The Fork, and Ziggy’s cross country prowess should help them to a top placing.

Ziggy is a little bit tough on the flat, averaging a 39.5 on this test. A very speedy round with only 1.2 time penalties over Hugh Lochore courses will bump this pair up the ranks quite a bit. Even a tendency to pull two rails over Marc’s show jumping designs will not derail this pair’s weekend. They should finish in fifth with a score in the high forties.

Will Faudree and Hans Dampf: Will has just begun his partnership with this former ride of Andreas Dibowski, and it could certainly turn into something special. With Andreas, Hans Dampf averaged scores on the flat of 46.2, accumulated no stops and a maximum of 8.4 time penalties across the country, and jumped two clear rounds and two one-rail rounds in four completions at the three-star level. With a CCI3* and three CIC3* under this horse’s belt, he is already qualified for a four-star with a category A rider, and guess which category Will is? You got it. 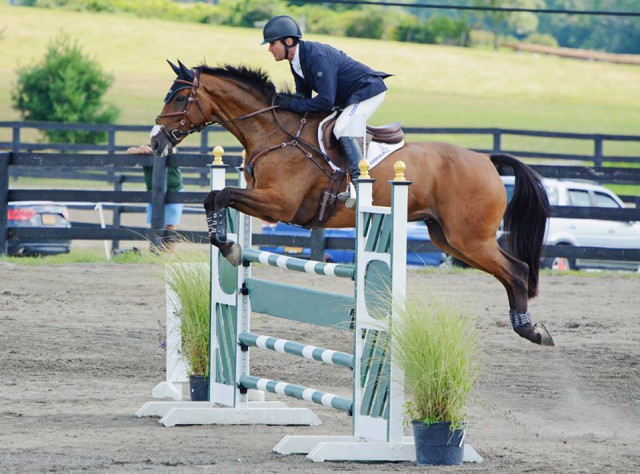 Phillip Dutton and Mr. Candyman: Phillip has only recently acquired the ride on Mr. Candyman and recently stepped this horse up to his first Advanced at Millbrook, placing inside the top ten. Right off the bat, the horse scored under 30 on the flat, ran fairly quick across the country, and accumulated no rails. None of the Phillip’s rides are slouches, but Mr. Candyman shows early promise of possibly becoming a team horse. 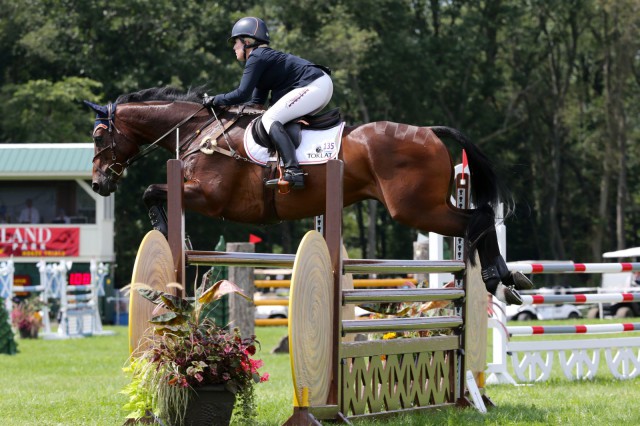 Sharon White and Cooley On Show or Clifford M: Sharon is another who recently stepped up her solid two-star horses to Advanced, but chose to move her pair up at Richland in the CIC3* instead. There she produced almost identical efforts on her pair, tying herself after the flat with a 52.9 and jumping double clear rounds in stadium on both.

The two horses finally differentiated themselves across the country, when Clifford M came in under the optimum time while Cooley On Show accumulated 3.6 time penalties. Sharon certainly has a couple of solid-looking prospects on her hands — as long as she can continue to ride through a herniated disc.