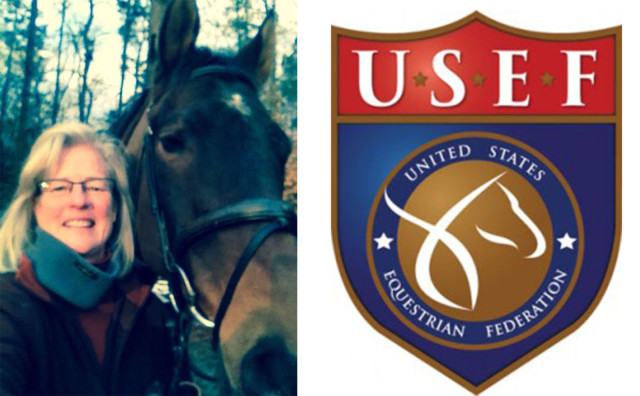 Cindy Deporter, a USEF “S” Eventing TD and FEI Eventing 1/2* TD, has filed a lawsuit against the USEF.

Cindy Deporter has filed a civil lawsuit against the United States Equestrian Federation, challenging the use of confidential evaluations in considering and denying her application for an Eventing Technical Delegate (TD) license promotion.

Cindy, a USEF “S” Eventing TD and FEI Eventing 1/2* TD, first applied for license promotion to TD 3/4* in 2013. At that time, she was advised by the USEF Licensed Officials Committee (LOC) to get more experience. She participated in the FEI Global Education Program, traveling to Scotland and Poland as an official, and reapplied for the promotion in 2014.

The LOC denied her application for promotion a second time based on lack of experience and information received through confidential evaluations. A subsequent appeal by Cindy was unsuccessful.

“I believe that if a person fulfills the criteria that is set down, do their due diligence as a licensed official, and pass the courses and tests, they should have a right to be upgraded,” Cindy said. “If the USEF decides they should not be upgraded because someone said they do not have the proper temperament or make the right decisions, that person has the right to defend themselves.”

An individual applying for license promotion must meet the FEI’s required criteria; however, additional feedback from the membership is also considered in the USEF’s decision as to whether or not to send an applicant’s name forward to the FEI, which makes the final decision regarding promotion.

Michael J. Cox of Cox Law PLLC in Lexington, Kentucky, is representing Cindy in this matter. “I think USEF’s handling of Cindy’s application for the license promotion was contrary to anyone’s notions of basic due process and fair dealing,” Michael said. “The problem primarily is there is no transparency. The USEF rule (GR 1002) itself authorizes the collection of secret evidence and allows consideration of secret evidence in making the decision.”

Under the details of the lawsuit, Michael and Cindy also argue that allowing “secret evidence” is in direct conflict with USEF Bylaw 701, which states: “In all hearings conducted under these bylaws, parties shall be accorded … the right to confront witnesses, including the right to be provided the identity of the witnesses in advance of the hearing.”

The USEF disagrees with the claim that the practices and procedures for licensing officials are in conflict with the Bylaws and feels that confidential evaluations are essential to an impartial decision process.

“Consideration of applications includes confidential evaluations received concerning the applicant’s suitability for the specific license sought,” Sonja Keating, USEF SVP general counsel, said. “Not unlike other associations that license professionals, confidential evaluations are utilized in order to elicit honest appraisals of applicants. It is critical that evaluators are free from influence in rendering their opinions about the abilities of a prospective licensed official.”

The court recently denied the USEF’s motion to dismiss the case, holding that the lawsuit can proceed in Lexington, Kentucky, the home of USEF corporate headquarters since 1999, and does not have to be re-filed in New York, where the USEF is recognized as a non-profit corporation. The lawsuit has now entered a discovery phase during which the parties will address the merits of the claims.

Meanwhile, Cindy has submitted a rule change proposal modifying GR 1002 to eliminate confidential evaluations in order to have “greater transparency in the evaluation of officials for license or for promotion.”