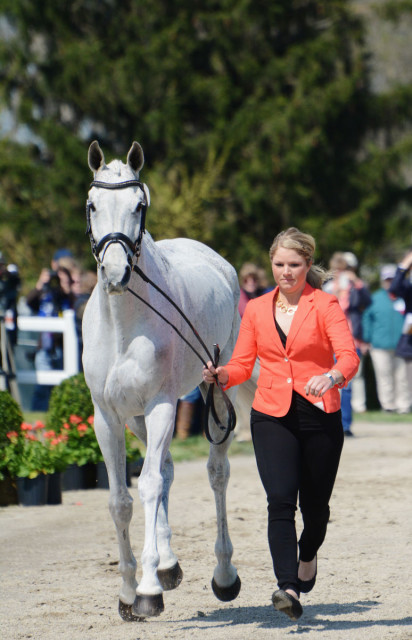 Caitlin Silliman and Catch A Star at Rolex 2015. Photo by Jenni Autry.

For the last seven years, Caitlin Silliman has been learning and growing as a rider under the tutelage of Boyd and Silva Martin at Windurra USA. Last night she announced that she is going out on her own and launching an independent operation at Tivoli Farm in Gordonsville, Virginia, next month.

Caitlin, 25, said she is looking forward to building a string of top event horses and developing her own business. She will not be totally alone in her endeavor, however, as Tivoli Farm is also home to Will and Katie Coleman. Although Silliman Eventing will run out of a separate barn, Caitlin will join the Colemans’ program as a rider and assistant.

“I am excited about my move to Tivoli Farm, and I’m looking forward to developing a group of competition horses for myself and becoming more independent with my business while still under the watchful eye of a top professional,” Caitlin said in a press release. “I think that Will and Katie have a lot to teach me, and I hope that I will be a good addition to their program while launching my own separate endeavor as well.”

Caitlin will be looking to add to her current string, which includes her top horse Catch A Star, better known as “Hoku,” who completed the Rolex Kentucky CCI4* in 2013. They were named to the USEF Eventing 25 Developing Rider list in both 2013 and 2014 and last year finished in the top five at three separate three-star competitions, including fourth at the Dutta Corp Fair Hill International CCI3*.

In December, Caitlin acquired Vagabon de Champdoux, the 2014 USEA Young Event Horse East Coast 5-Year-Old Champion, from Will Coleman and KBLB Event Horses LLC. Caitlin and “James” have spent this year getting to know one another, most recently finishing third in a Preliminary division at Waredaca. The French OTTB is eligible to receive $8,000 next year to compete in the two-star championships at Le Lion in France thanks to the Holekamp/Turner Young Event Horse Lion d’Angers Prize and Grant.

Caitlin may be branching out but said she will always be grateful to the Martins for the experience she gained as a working student and a rider at Windurra.

“Boyd and Silva have taken me from going around a handful of Intermediates on my Young Rider horse to the four-star level. I can never thank them enough for everything they have done for me, as well as all of the opportunities they have created for me. The three of us have been through a lot together with countless memories I will never forget,” Caitlin said.

“I would also like to thank all of Boyd and Silva’s supporters for all of the opportunities they have given me over the years, allowing me to compete their horses and believing in my future.”

We’re wishing Caitlin all the best in her new endeavor and look forward to following along with this new journey. Silliman Eventing is accepting new students and horses in training. To get in touch with Caitlin, visit www.sillimaneventing.com.