It’s been over a year since we’ve seen Cambalda, longtime partner of Jennie Brannigan, out competing. After sustaining a collateral ligament injury at Pau in 2015, Jennie and owners Tim and Nina Gardner made the decision to give “Ping” as much time as he needed to recover. Now, the 15-year-old Irish Sport Horse gelding is eyeing a comeback in the new year, starting with a jaunt at Novice with super groom Erin Rose in the irons.

“I take it very seriously when a horse gets injured,” Jennie said. “I’m very lucky to have the Gardners because they really are in this for the horses. I cannot say enough about them to give them credit for all they do.”

Cambalda was relocated to the Gardner’s home farm, Welcome Here Farm in Pennsylvania, under the watchful eye of barn manager Karen Hokanson. “He really couldn’t have had any better of care there, and it really gave us the opportunity to give him as much time as he needed.”

It was Erin who took charge of most of Ping’s rehab work during his hiatus. “Erin really did most of the slow work bringing him back,” Jennie said. “He’s one of her favorite horses to take care of and I thought she would enjoy the chance to get to bring him back into work.” 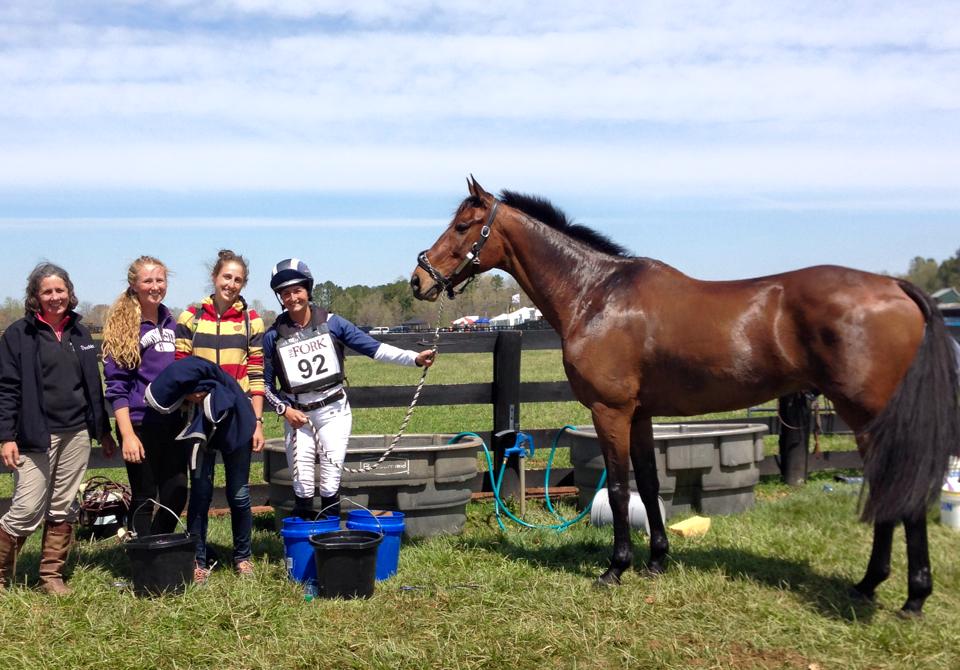 The idea to give Erin the ride for Ping’s first event back was in the back of Jennie’s mind for several weeks leading up to the actual announcement. “For Ping, I thought it would be a good way to bring him back without any pressure,” she said. “He’s a horse who has really appreciated the time off, but he’s so happy to be back at it. And for Erin, I just wanted to find a good way to show my appreciation for all that she does.”

It was Erin who saddled up for Ping’s first jump school since competing at Pau, and both horse and rider looked comfortable and happy together as they easily navigated a small course at Jennie’s Ocala base. Erin has previously competed through the Preliminary level but has most recently taken a step back from competition.

“Jennie allowing me to do more on Ping has been pretty exciting,” Erin said. “Obviously, he’s a dream to ride. I haven’t competed since 2010, so this should be interesting!”

Erin and Ping will test the waters at the Novice level at the upcoming Three Lakes Horse Trials in Groveland, Florida January 16-17. For Cambalda, it will be a good stretch of the legs as he and Jennie look ahead to their upper-level comeback at the Wellington Eventing Showcase in February.

From there, Jennie plans to take things one day at a time with her veteran partner. “He owes me and the Gardners absolutely nothing,” she said. “He’s a fantastic three-star horse and has done a lot for my career. The Gardners and I have talked about maybe targeting Carolina International or Red Hills and some other signature events this year. He excels at that level and I just want him to be happy doing whatever he is doing.”

How about playing groom for Erin and Ping at Three Lakes in a couple of weeks? “Oh, I’ll be totally nervous,” Jennie laughed. “I’m the worst. You should see me when my kids are riding. I get so nervous it’s actually pretty unbelievable.”

We look forward to cheering on Erin and Cambalda as they compete in Florida — perhaps we’ll see a face off between Cambalda and Ballynoe Castle RM one of these days?