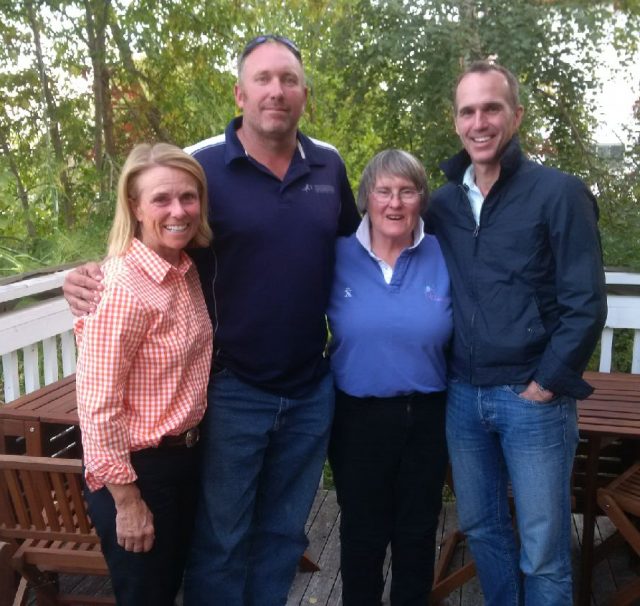 Canada is poised to gain another FEI event next year at Foshay Farms in Lower Jemseg, New Brunswick. Running over Labor Day weekend in 2018, August 30-Sept. 2, Foshay International has applied to host a CCI*, as well as the FEI’s new proposed 1.05-meter division.

It’s a longtime dream realized for Rob Stevenson, chair of the Equestrian Canada High Performance Advisory Group, whose family is deeply rooted in the New Brunswick equestrian tradition. His grandparents hosted the Fredericton Horse Show for several decades, with his parents holding shows at their Foshay Farms for more than 20 years.

These shows launched Rob’s own competitive career, which saw him represent Canada at the 1992 Barcelona Olympic Games, where he finished 22nd individually riding Risky Business. Since then he has served within Canadian eventing in a variety of different capacities, including sitting on the High Performance Committee from 2001 to 2004. He joined the FEI’s Risk Management Steering Group in 2016.

“It is through my involvement with the national team and the FEI that I have come to realize the impact of so few international eventing competitions in Canada,” Rob said. “There is a clear association between success in international competitions leading to further success at the highest levels of the sport. When we consider the developmental pathway for equestrian athletes in Canada, there is a large gap.”

Rob purchased a portion of his family’s farm 15 years ago in the hopes that one day he could host an FEI competition at the site. The new event at Foshay will join Bromont as the only other venue in Canada that currently hosts FEI divisions. Bromont is located in southwestern Quebec, while Foshay is in southern New Brunswick, which hugs the eastern border of Maine.

“I have ridden on the land my entire life. It’s an inspiring place to ride, an experience that I have always wanted to share with more people,” Rob said. “As many equestrian venues in Eastern Canada and in New England are being lost without succession plans, it seems as though this is an ideal time to launch this type of event here in New Brunswick. We’re about eight hours from Boston, and I hope close enough to appeal to the large number of eventers in Area I looking for FEI events.” 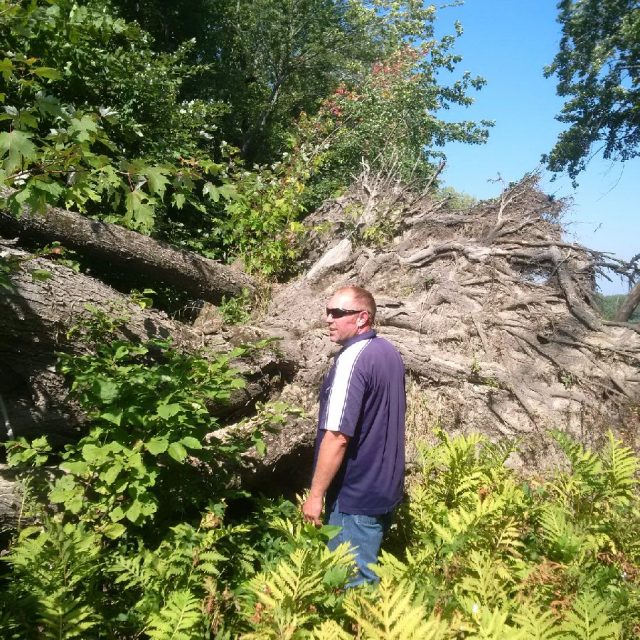 Hurricane Arthur toppled several trees on the property in 2014, which course designer Jay Hambly is eyeing for cross country jumps.

Foshay International is already off to a strong start with Jay Hambly on board as the cross country course designer, and Sue Ockendon at the helm as technical delegate. Jay was recently named to the course building team for the 2020 Tokyo Olympic Games, while Sue is the longtime organizer of Bromont.

“In the organization of these events, nothing replaces experience,” Rob said. “No amount of good intention could replace the vast experience that Jay and Sue bring from in running events around the world.”

Jay visited the site last month to lay out the courses, which will be open, galloping tracks tacking advantage of the beautiful rolling hills at the site. Hurricane Arthur downed several large trees on the property in 2014 which will now be repurposed as cross country jumps

Ultimately Rob hopes Foshay International will serve as a springboard for up-and-coming Canadian athletes to gain the experience needed to one day compete on the world stage and represent their country.

“I believe that to succeed at the international levels, we need to compete consistently at the international levels. I believe that we need to connect our developing riders with FEI events for them to excel on a global scale,” Rob said. “With Sue and Jay’s belief that this will be a great event, with a horse and rider friendly venue on great footing, we are excited to welcome competitors to our inaugural event in 2018.”

Much more information will be coming soon on Foshay International, but be sure to mark your calendars now for the inaugural event on Aug. 30-Sept. 2, 2018. You can sign up to receive updates at www.foshayinternational.com. Go Eventing.