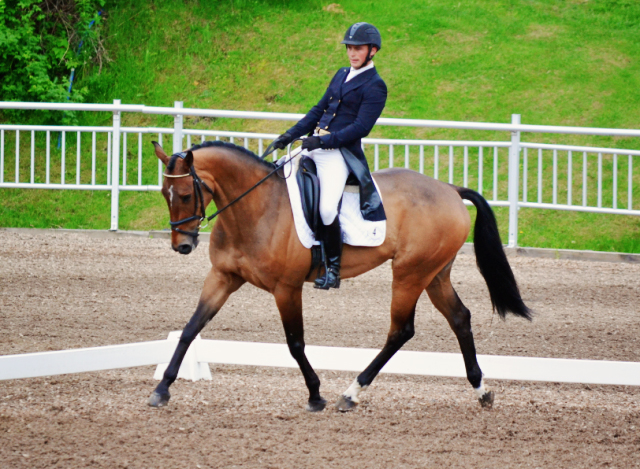 British Eventing has confirmed that Canadian Jordan McDonald passed away today following a fatal accident in the Novice section — which is the equivalent of Preliminary level in the U.S. — at Nunney Horse Trials in Somerset, England. The event officials confirmed earlier today that the accident was a rotational fall. His horse, Only Me, was not injured.

BBC reported that South Western Ambulance Service was called to the scene, where Jordan was unconscious and not breathing. He was taken to Bath’s Royal United Hospital; tragically, he could not be revived. The horse trials were suspended following the accident. No further information has been released at this time.

The news comes just hours after Benjamin Winter passed away from fatal injuries sustained during a rotational fall at Luhmühlen. Our thoughts and prayers are with all who knew and loved Jordan, as well as all our dear friends in Canada who lost one of their own today.

Update 3:22 p.m. EST: Graeme Thom, chair of Canadian Eventing High Performance Committee, released the following statement: “The entire Canadian Eventing community is devastated by this tragic event. I have known Jordan as a great friend for over a dozen years and also as a member of our national team program. My heart goes out to Shandiss, his lovely wife, and deepest love to his fantastic parents, caring siblings and all relations. I extend my sincerest condolences and equally those of our entire Canadian eventing family.”

This day will be remembered as the darkest in recent eventing history. A Canadian rider fatality is being reported out of Nunney Horse Trials in Somerset, England, the London Evening Standard reports.

A statement given to the Standard reads: “We regretfully announce a Canadian rider has been killed as a result of a rotational fall during the cross-country section. Due to this serious incident, the remaining sections’ trials have been cancelled for the day.”

Nunney has not yet confirmed the identity of the rider or the status of the horse involved in the accident. Our thoughts and prayers are with our great neighbors to the north during this terrible time.