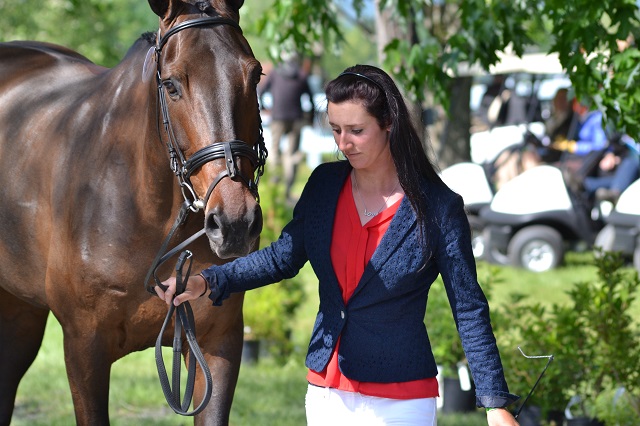 At 19 years old Jenny Caras isn’t old enough to order a margarita, yet she’s just old enough to pilot a 1,000+ pound animal over the sort of jumps that make even the most seasoned eventers crave a stiff drink.

Bromont, her debut at the CCI3* level, will be her biggest track yet. She and her horse, the 11-year-old Irish Sport Horse gelding Fernhill Fortitude, have shared a lot of firsts together and have taken them all in stride, and we’re looking forward to watching them check off another box on the list this weekend.

Jenny imported “Forty” from Carol Gee’s yard in Ireland in 2012 and they’ve steadily made their way up the levels together. She describes him as a cross-country machine — they have had nary a cross-country jump penalty at an FEI event — and says they’ve made some big strides in dressage and show jumping since she began riding for Phillip Dutton in December. Their most recent result was a 6th place finish in the CIC3* at Jersey Fresh last month. 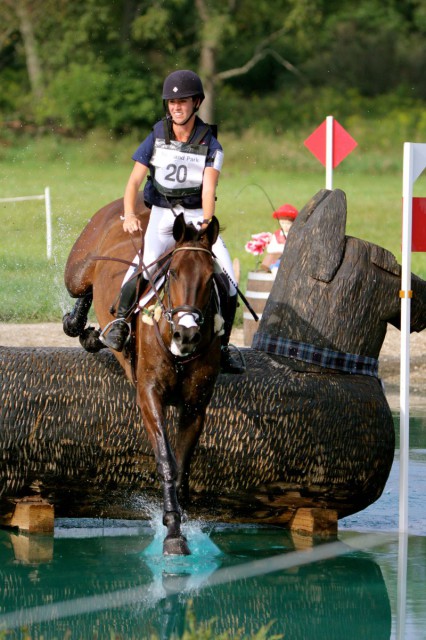 Jenny Caras and Fernhill Fortitude in the Richland CIC2* in August 21014. Photo by Kasey Mueller.

In addition to being a tactful and intuitive young rider, Jenny possesses a poise out of the saddle that belies her age. She says that consistently being the youngest rider in the division doesn’t bother her and that many of the top riders she used to be a bit intimidated by have over the years become mentors and friends. Her biggest challenge, she says, is keeping her perfectionist tendencies in check and having patience with herself.

“I want to make it all happen but it’s good to take a step back and remember that it all will come,” she says. “It will all work out.”

We caught up with Jenny and Forty in the barn yesterday to see how they were feeling on the eve of their first CCI3*. Sounds like all systems are go — best of luck this weekend, Jenny!