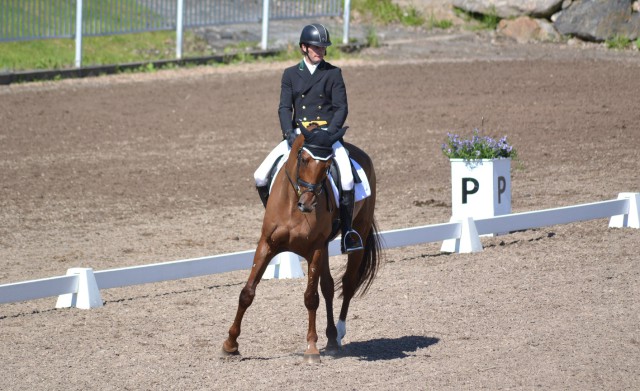 Thursday morning’s first two CCI2* riders out, Ryan Wood and Sharon White, threw down the gauntlet, now sharing the lead at the lunch break on twin scores of 46.3.

Ryan’s ride, his first of four, is Woodstock Bennett. We warned the world about him in our Bromont intro post yesterday as being one to not turn your back on — this pair finished 3rd in the CCI1* here last year and just keeps looking sharper and sharper.

The Irish Sport Horse gelding got his ticket to the U.S. as a 4-year-old when Ryan showed an iPhone video clip of him to Bennett’s now-owners, Curran and Margie Simpson. “I sent it to him and (Curran) said, ‘Looks good enough, let’s bring him over.” Their leap of faith has since paid off, as the horse has already accumulated a mountain of blue ribbons in the years since — most recently they earned a win at MCTA H.T. in May.

Ryan’s second 2* ride of the day is Woodstock Wallaby, who’ll be giving Bennett a run for his money after finishing a single point ahead of him at Bromont last year. The two horses have been neck-and-neck coming coming up through the levels and it’s anyone’s guess as to who will come out ahead this year. 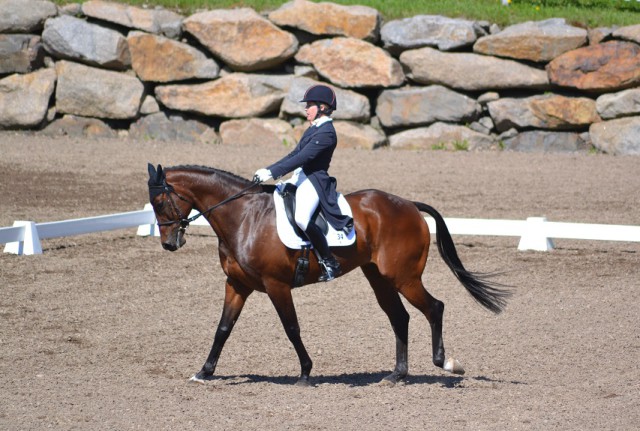 Sharon White laid down a lovely test on Clifford M, who is fresh off a fourth place finish in the CIC2* at Jersey Fresh last month. The 9-year-old German-bred Holsteiner gelding is a new ride for Sharon — they struck it off nicely with a prelim win in February at Rocking Horse III and followed it up with a spring full of solid finishes at the CIC1* and 2* levels.

I’m not familiar with this horse but look forward to getting to know him much better this weekend. Could he be Sharon’s next superstar? He looks the part in the dressage ring, and if he has the jumping springs to match, they’ll be real contenders this weekend and for the future.

Sharon has a second 2* ride on the books for this afternoon as well in Cooley On Show, a striking dark dappled grey who was nipping at Clifford M’s heels at Jersey Fresh and finished in sixth. 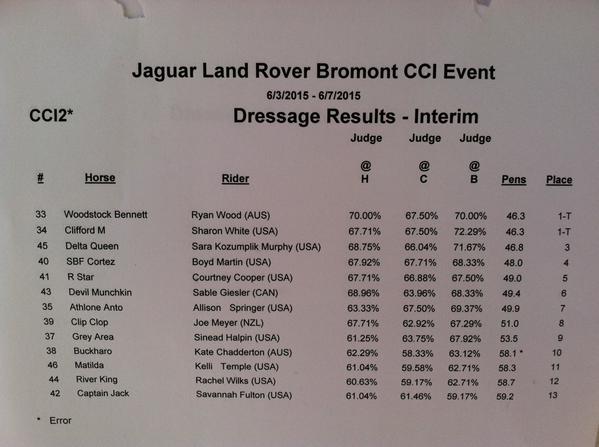 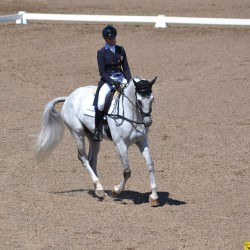 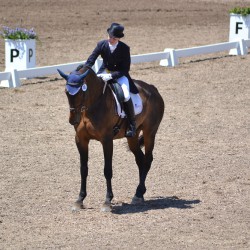 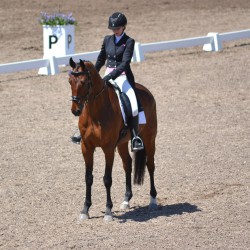 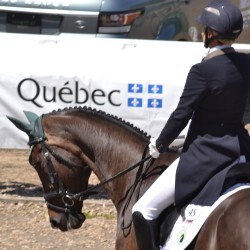 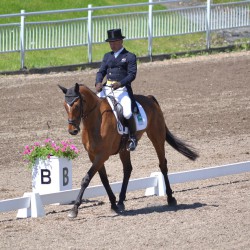 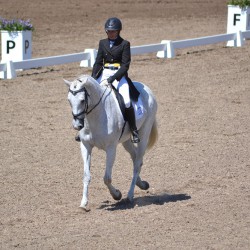 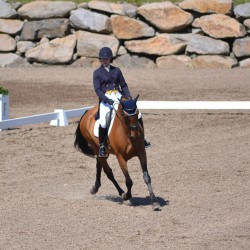 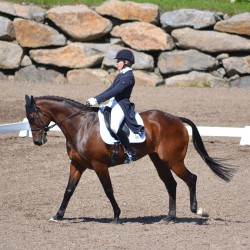 Meanwhile in the CCI1*, there’s a Grand Canyon sized gap between Beau Guimond and Filibuster ST, who leads on a 38.4, and second-placed Becky Holder on Telperion (50.3). Michell Koppin and No Stranger to the Rain round out the top three on a 51. 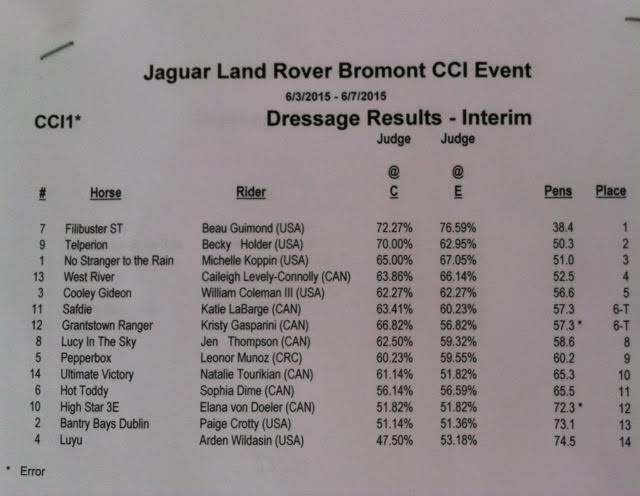