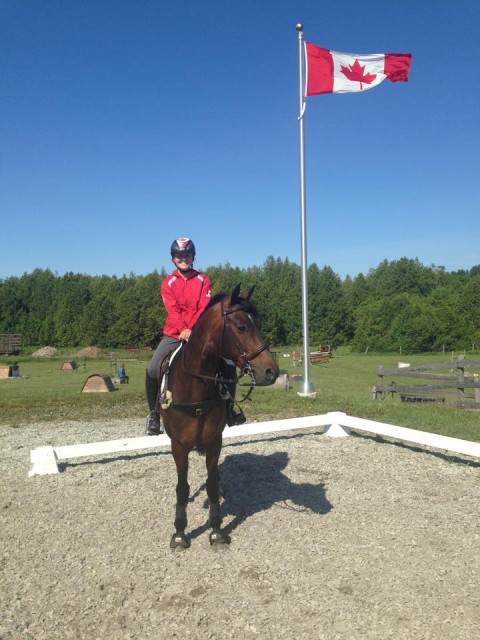 Jessica Phoenix is all smiles back in the saddle. Photo via the Phoenix Equestrian Team on Facebook.

We’re thrilled to report that Jessica Phoenix has officially made her return to the saddle after suffering a heavy fall at Jersey Fresh last month. We’re also fairly sure that she needs to have a new jersey made with #SUPERWOMAN emblazoned on the back, because we can’t think of any nickname more fitting.

Jessica had a check-in with her doctor this morning, and she was thrilled to let us know that she has “officially been cleared to go back to full equestrian activities with no restrictions.” While she’s no doubt ecstatic to be back in the saddle, we’re sure she is already planning the competition schedule for the rest of the year. She also wishes to thank everyone for their continued love and support throughout her recovery.

Jessica broke three ribs and her sacrum, the triangular bone at the base of the spine, in a fall on cross country at Jersey Fresh. She also sustained damage to her liver, which was repaired in surgery.

Jessie informed us that she plans to make her return to competition at Dreamcrest later this month. We’ll be sure to bring you more updates on Jessie’s comeback to competition as they become available. In the meantime, please join us in breathing a collective sigh of relief and congratulating Jessie on her recovery.

[Jessica Phoenix Transported Back to Canada]