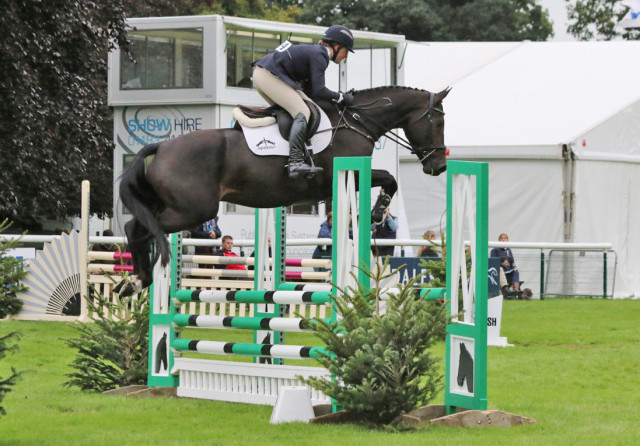 Although U.S. Olympian and four-star rider Tiana Coudray wishes she’d had an entry in the Land Rover Burghley CCI4* this past weekend, she made her journey up to Lincolnshire count, bringing two stunning horses to contest the Burghley Young Event Horse Finals, one in each of the Four and Five Year Old Divisions.

Her four-year-old Rupert was understandably slightly overwhelmed as this was only his second outing off the farm, “He’s fantastic, I just rate him so much. We bought him as an unbroken three year old last winter and he’s just been a dream, he’s just lush. I own him in partnership with Diana Chappell and as a result of him being mine he gets pushed to the bottom of the list — he hasn’t been out, hasn’t seen anything, hasn’t done anything. He’s left the farm once before which was the qualifier! I think the world of him.”

Unfortunately, unless she can find some owners to buy him for her, Tiana may not have the ride on him long, as Rupert is for sale. 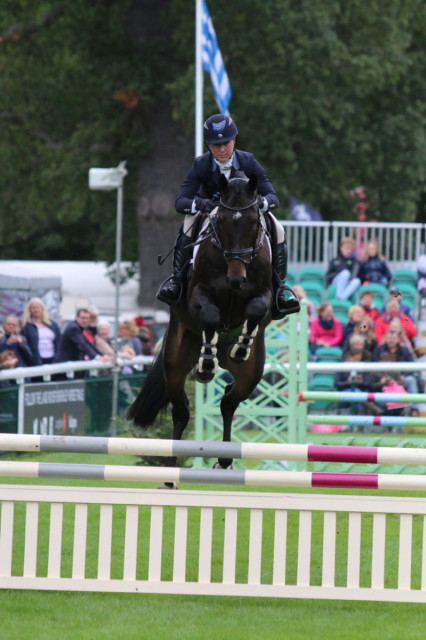 Tiana Coudray sits tight as Rupert gives the Burghley Young Event Horse 4 year old jumps some air! “In a perfect world I’d find some owners to keep him for me as I think he’s really quite proper!” Photo by Samantha Clark.

Hopefully not so with her five year old, Cavalier Crystal, a beautiful mare who won the entire 5-Year-Old Championship, and who Tiana co-owns with Dr Liz Williams with the intention of keeping and campaigning her as a serious future prospect.

“We’re still in shock! She came to me last April and we’ve rated her all year, really, really rated her. She won a pre-novice (Training level), did her first novice the other day (Prelim level) and came third, she’s just spectacular, definitely we have some really big goals for her, but we’re in shock that she won today because we’ve done a couple of these qualifiers and the judges haven’t particularly liked her so we thought we must be going crazy and maybe she’s not as nice as we think, but today she led from the beginning and nothing came close to touching her!”

‘CC’ is now qualified for the young horse championships at Osberton in October so that will be their next aim, and next year they’re hoping she might be a contender for the 6 year old championships at Le Lion D’Angers. 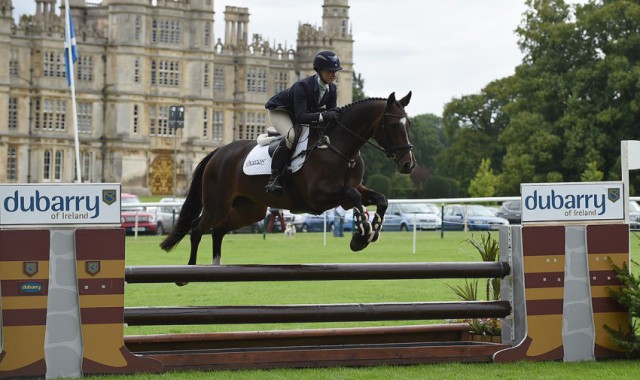 Meanwhile her faithful campaigner Ringwood Magister (Finn) continues to be a heartbreaker. Coming back from an injury which kept him out of work last year, Tiana took him up to Burgham for the CIC3*.

“He thoroughly performed in the dressage — in a bad way! He pulled out every trick he’s got … tempi changes, you name it! That was a bit naughty but then he show jumped and went cross country double clear easily and really well so since then we decided we’d bore him with lots of dressage. He’s in great form, he feels incredible and winning British dressage every time he goes out and he’s been show jumping clear in 1 metre 30s, and has been behaving beautifully.”

So much so that Tiana entered him for the CCI3* at Blenheim in a couple of weeks, but that was not meant to be. “He banged a splint and luckily it’s nothing more major but that needs to settle down so we’ve re-entered him for Boekelo and for Pau and we’ll just see how things go. Everything is good, he just decided he didn’t want to go to Blenheim!” 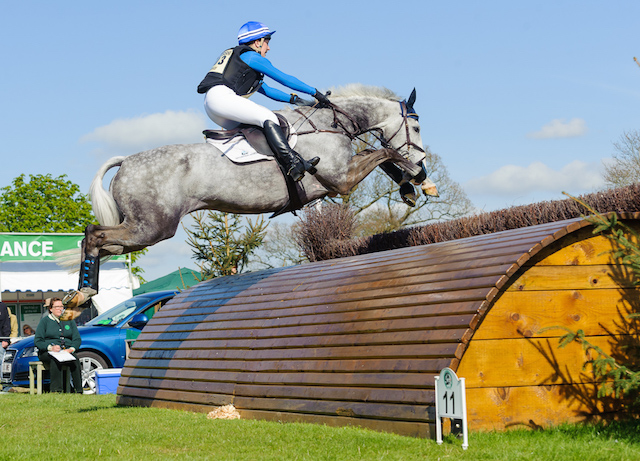 Until then Tiana has a yard full of about 14 horses, most of which she rides herself every day, “It’s good to be busy and it’s good to have nice, young horses,” and she had a vested interest in a certain Australian entry here in the Land Rover Burghley CCI4*, as Murray Lamperd’s Under The Clocks has been based with her in his run up to Burghley and she admits she loved the horse and loved prepping him for the big event. “Ninja” ultimately finished in 20th place.

Tentative plans for next spring will hopefully see her prepping Finn for another big one, as Plan A would be to bring him back to Rolex, and Plan B would be Badminton in their quest to impress the selectors ahead of Rio, but she’s realistic also, “Anything can happen, you make plans and then they change them for you! We’ll see. ..”

We’ll cross our fingers to see Finn out again soon and look forward to following Tiana’s youngsters with much interest. Best of luck at Osberton, and many thanks to Tiana for chatting. You can follow her latest updates on her website. Go Burghley Young Event Horses and Go Eventing!