Being arguably the world’s toughest CCI4*, Burghley certainly has its fair share of #EventerProblems. But it’s not just the competitors who have to deal — it’s the spectators as well. Here’s a roundup of struggles from cross country day at this year’s event. Click here to catch up on all of EN’s coverage from #LRBHT.

When you start to question whether the jumps are really big or you are just really small:

So this was slightly wide #burghley

When your friends are all out partying and you’re at home like:

When the dressage leader inexplicably trips and falls in the water…

…and eventers everywhere go into shock:

Perhaps this was the reason for Jung’s dip in the water. Fischerocanna FST saw something we didn’t #JawsInTheWater pic.twitter.com/XUrovgvOnM — Lucinda Green (@LucindaGreenMBE) September 5, 2015

Saayyy what did the impossible just happen?! Did Michael Jung just fall off?? #heishuman @LRBHT_Official

Shocked to see Michael Jung fall? Probably not as much as he is – 10th April 2010 was the last time he parted company at an international — EquiRatings (@EquiRatings) September 5, 2015

When it’s a good thing you’re Mark Todd because anyone else would’ve:

@eventfulifebook no wonder he was so fast!! — Michael David Rogers (@MDR_Photo) September 5, 2015

When you lose a stirrup, literally, on course… 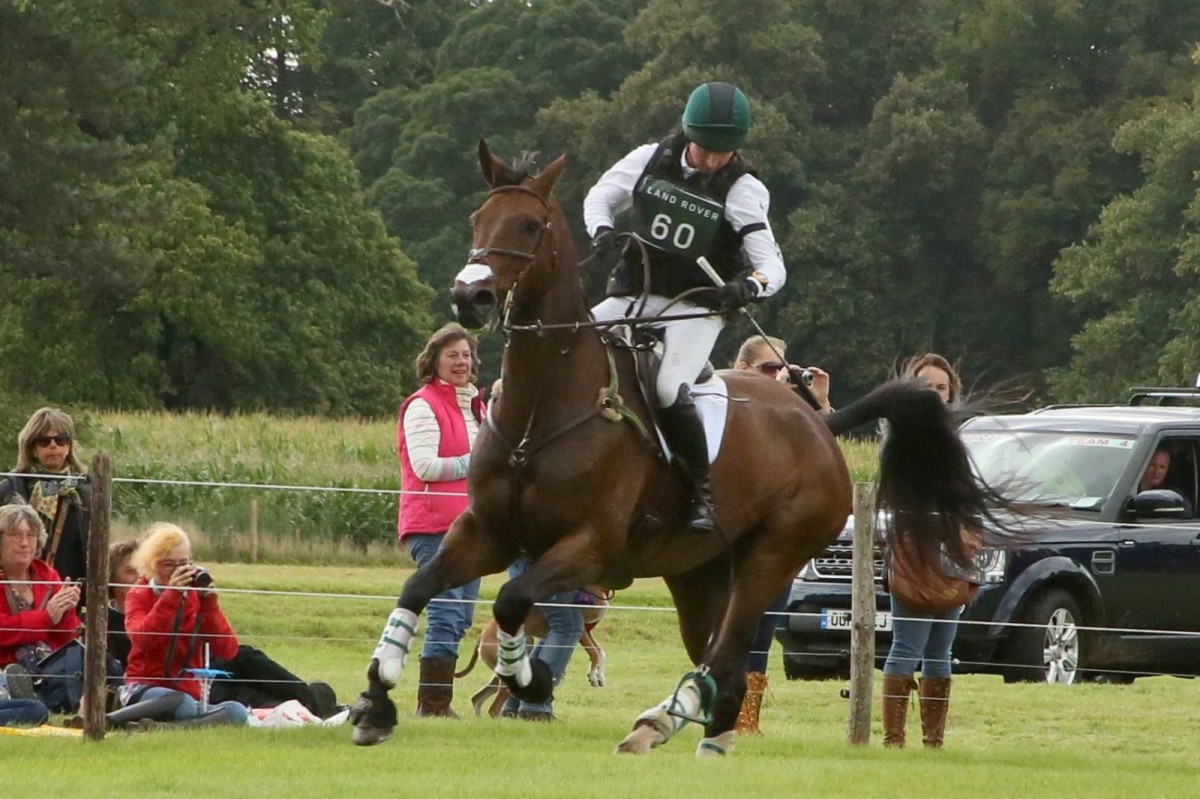 Happy Times v quick thru Trout Hatchery, looks like he may lose his saddle pad

Dee Hankey had a stop at Trout Hatchery. Burto thru Farmyard but trailing electrical tape from a hind boot.

When you’ve got to start drinking sooooo early…

…because, I mean, CHAMPAGNE TRUCK…

…but by the end of the day:

You can tell we are at Burghley by the empty’s in the next door caravan!! #burghley A photo posted by caroscakes (@caroscakes) on Sep 4, 2015 at 3:10am PDT

When there are so many tantalizing food options and decisions must be made:

When a dog makes it look so easy…

Just training for next year #burghley #goldador #dog A video posted by Bones (@bones_the_goldador) on Sep 6, 2015 at 2:20am PDT