Michael and Nathalie Pollard are the owners and operators of Chatsworth Stud, the breeding sector of their eventing business, Pollard Eventing.  Michael’s goal is to help raise the level of breeding in the United States, in part by finding premium stallions to stand stud at Chatsworth.  Our first featured stallion is Querdolan Vitarel. 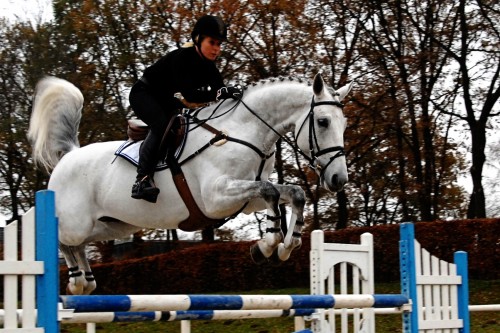 He is currently located at the German Equestrian Federation National Training Center (DOKR) and ridden by Bettina Hoy.

At three years old Querdolan Vitarel won the French stallion test and was approved. He started eventing the following year at four and immediately impressed French riders and breeders. His results in young horse classes allowed him to be approved at the Selle-Français stud-book with impressive marks (never receiving anything less than a 7 out of 10, including a 9 out of 10 for movement and 8 out of 10 for jumping technique). Querdolan had a successful 2012 at the one star  level and will be aimed at two star in 2013.

Querdolan’s pedigree is vastly impressive with relatives such as Kelvar G, a brother on Querdolan’s mother’s side, and selected for the 2004 Athens Olympic Games.

The first North American foal was born in Fall 2012, and some of his second crop are already on the ground at Chatsworth Stud. 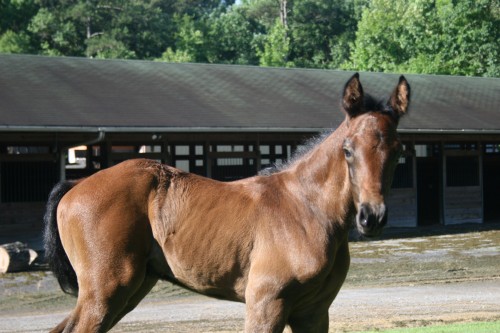 This little colt is out of Little Star by Querdolan Vitarel 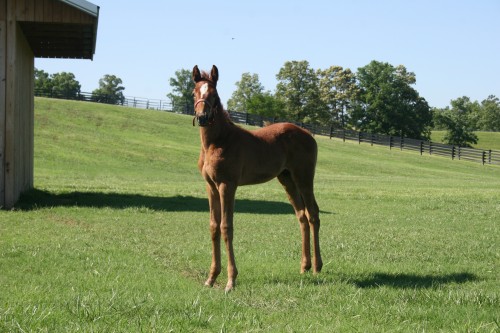 This colt, Quinn, is out of Belair and by Querdolan Vitarel.

For more information on Querdolan or the other stallions standing at Chatsworth Stud visit www.chatsworthstud.com. The Pollards are excited to watch these young foals develop into future talented North American Sport Horses.