Michael and Nathalie Pollard are the owners and operators of Chatsworth Stud, the breeding sector of their eventing business, Pollard Eventing.  Michael’s goal is to help raise the level of breeding in the United States, in part by finding premium stallions to stand stud at Chatsworth.  For this week’s featured stallion, Chatsworth Stud is proud to announce the arrival of Songline II. 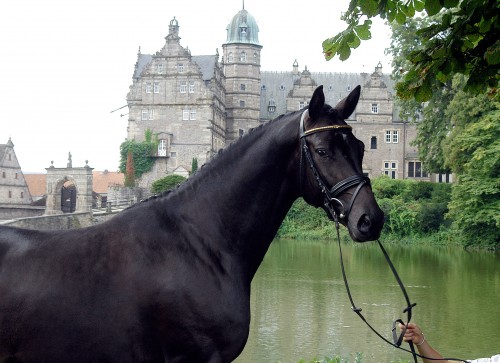 Chatsworth Stud is proud to announce the arrival of the celebrated German Trakehner stallion Songline II. The 9 year old dark bay, by Summertime and out of Schwalbenspiel,  was the champion of the 2006 Trakehner Stallion Licensing in Neumunster, Germany and the 2010 national champion Six Year Old Eventing Horse (Bundeschampion). 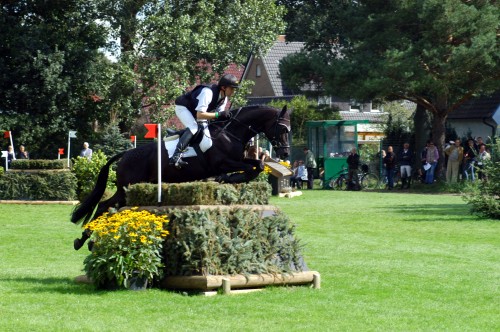 He was bred by Gestuet Haemelschenburg in Emmerthal, Germany. Chatsworth Stud is honored that his owner, Gustav Schickedanz, and his lessee, Tim Holekamp, have chosen this as his home in the United States to stand at stud.   His many achievements include German Trakehner National Champion Showjumper and Eventhorse.  He had wins and high placings up through the three star level in eventing with Andreas Dibowski. Songline is an incredible athlete and brilliant mover.  Chatsworth Stud is excited to help bring his line to the United States. 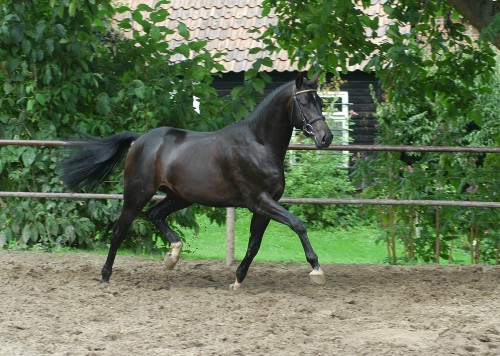 Songline has already one approved son, Eiskoenig, who was sold to Belgium, and numerous good daughters, who are now winning in competitions. Songline is the Ideal Stallion for breeding to Thoroughbred, Anglo-Arab, and Half-blood Eventmares for Upper Level 3DE Prospects.

Tim Holekamp of Windfall, LLC says: “There is a pretty good chance that this one stallion, of all that I have come across, might be able to take a modern US TB mare and produce a four-star eventer from her. Anglo-arab and TB mares who are rideable, not too big, not to small, with sporthorse conformation (not too downhill, not too light in the legs) and with pedigrees that suggest run-and-jump or themselves are proven in upper level eventing or producers of same, are what I think we all should be seeking for this stallion.” 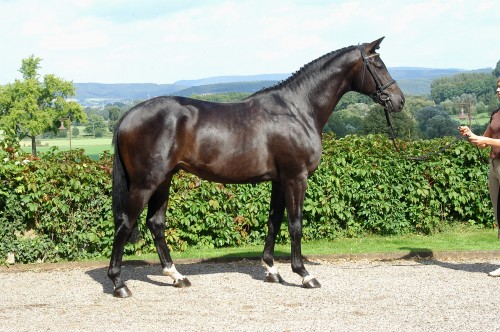 For more information on Halimey or the other stallions standing at Chatsworth Stud visit www.chatsworthstud.com. The Pollards are excited to help produce future North American sport horses.