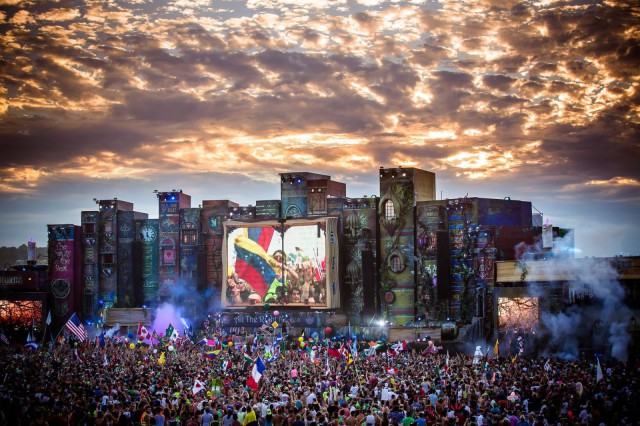 Like a teenager hosting a raging kegger while the parents are out of town, Chattahoochee Hills took advantage of the eventing world’s mass exodus to the American Eventing Championships in Texas last weekend to stage — wait for it — a music festival.

And not just any music festival. A three day long superparty with well over 100 artists and 150,000 guests, many of whom camped on the grounds in a trippy pop-up city called “Dreamville.”

TomorrowWorld is a spinoff of TomorrowLand, a popular EDM event held annually in Belgium. EDM (that’s cool-kid speak for electronic dance music) has blown up over the past decade, the crest of the wave being a surge of EDM festivals all over the world. The scene: a  freak show of costumed young people exploring the cliff edge of sensory experience via a glow-stick illuminated fantasy world.

The whole thing is geared toward audiovisual overload, from frenetic light shows and psychedelic backdrops to neon-colored, well, everything. The centerpiece is the music, a mash-up of dance-y earworms and “doosh-doosh-d00sh” beats that some DJ named Skrillex or Diplo or whoever digitally stapled together on his laptop.

I’m not explaining it right. Just Google it or ask a college kid, OK?

The point is, this thing is held at Chattahoochee Hills, the otherwise bucolic Georgia event venue we eventers all know and love. Farm owner Carl Bouckart is from Belgium and, being a music enthusiast who has dipped his toes in the festival business on and off again over the years, had an idea after being shown around the original TomorrowLand by some festival-producer friends: What if Chatt Hills hosted an American spinoff?

It made sense. The farm is just a stone’s throw from Atlanta, which has long been a hotbed of the electronica scene. I could definitely incriminate a few now-professional eventers with a recounting of our capers as working students outside the city in the early 2000s, when the underground EDM scene was running full-throttle. We would duck out to raves in the warehouses and clubs of downtown Atlanta, returning to the farm just in time to feed the horses breakfast and get on with our day. Ah, to be young.

Carl Bouckart may not be the stereotypical rave kid you’d find bouncing around in front of a speaker in cutoff jean shorts and a headdress, but he’s young at heart — and his energy is infectious. He liked what was going on at TomorrowLand — he told Atlanta Magazine: “TomorrowLand is a place where youths from all over the world can share [music and happiness]. It’s the Olympic Games of the music world” — and wanted to see it in his backyard.

The ball started rolling and, after reviewing nearly 100 potential sites, the large-scale EDM production company ID&T announced that Chatt Hills would be the venue for TomorrowLand’s American cousin, TomorrowWorld. The inaugural festival in 2013 was a hands-down success, drawing 140,000 visitors from more than 75 countries and all 50 states. It even earned a nomination for Best Music Event at the International Dance Music Awards.

According to Atlanta’s alternative newsweekly Creative Loafing, “The site was selected because it recalled the pastoral beauty of the Belgian countryside where it all began.” And weird as it might seem to us us horse people, the venue works. Chatt Hills’ “mythical grounds,” to quote the website, have been widely praised both by festival-goers and the media.

In a review of the 2014 event, Vice wrote of Chatt Hills’ “stunning setting in the hills of northern Georgia, parallel to none in terms of lushness beauty … Like TomorrowLand, TomorrowWorld makes good use of its natural environment, tucking stages into wooded areas and nestling others around ponds and other bodies of water. At night, the effect of lights and sound is enchanting as cool breezes guide ravers to roam across the sprawl of the grounds.”

Among the roaming ravers were Ashley Kehoe and her eventing crew. She kindly sent us a few photos … 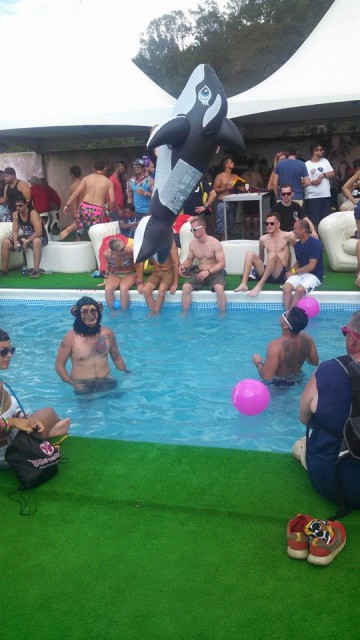 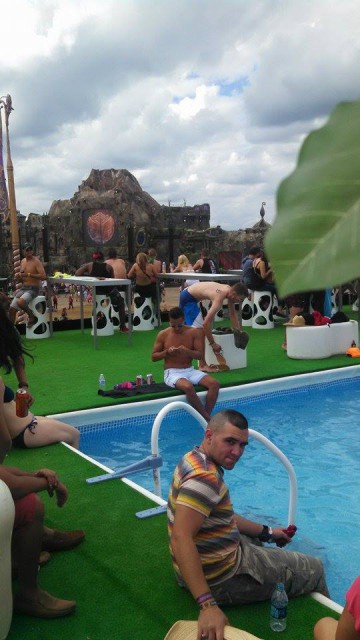 That thing that looks like a mountain in the background is actually a stage. 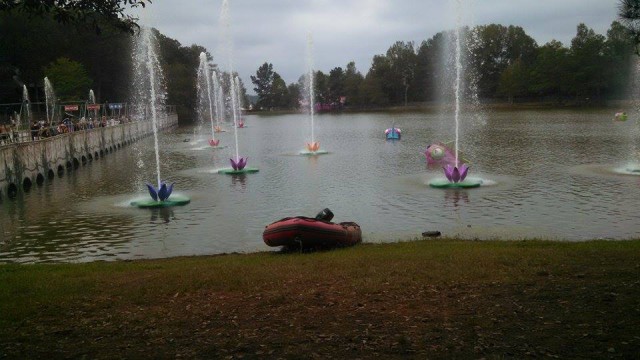 Recognize this pond without the cartoon fish and lily pad fountains? 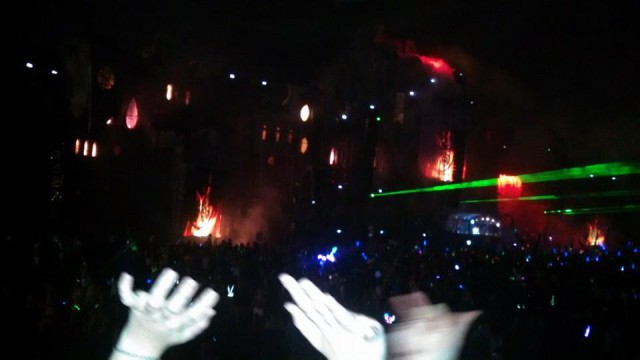 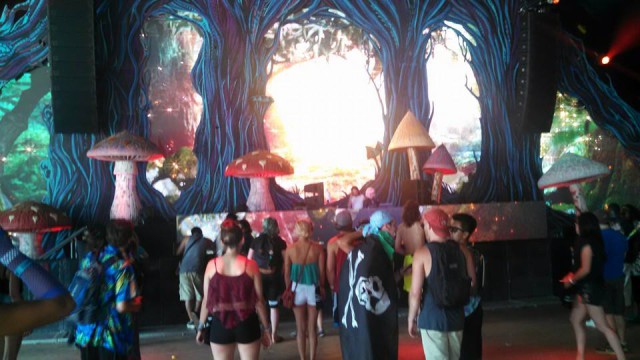 Naturally, Carl was in attendance as well. When Atlanta Magazine asked him whether he’d be out there dancing with glowsticks, Carl’s response was classic: “You bet you will. We have a lot of friends coming, and we plan to have more fun than anybody.”

Hat tip to Hannah Reinke for the tip!