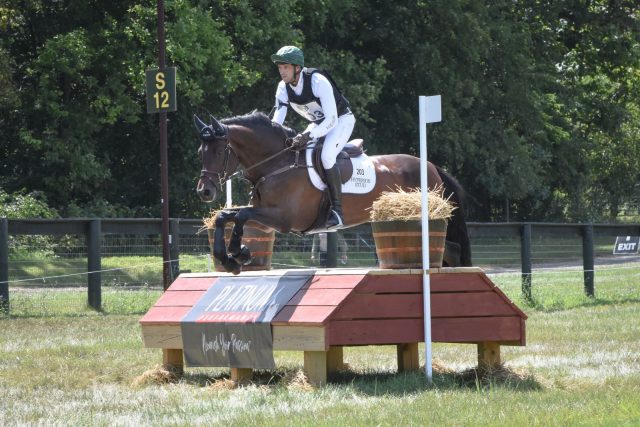 Will Coleman and Chin Tonic HS. Photo by Shelby Allen.

Will Coleman’s up-and-coming partner Chin Tonic HS made a smashing impression in his FEI debut at the 2019 MARS Great Meadow International, winning the CCI2*-S class on his dressage score.

Will has been carefully bringing the 7-year-old Holsteiner (Chin Champ x Wildera, by Quinar) along from the beginning, with support form Vicky Castegren, whose Hyperion Stud owns the horse. While Vicky didn’t breed this horse, she sourced him as a 2-year-old.

“We are really excited about him. He’s a lovely type. He’s as good a horse  on the flat as I’ve ever had. He’s really taken to the sport,” Will said. “This is a really fun horse for us because it’s a great representation of the type of horse [Vicky’s] trying to breed—a great athlete with a great mind.”

The pair started the weekend with a 25 in the first phase and added nothing to it over fences, finally moving into the top spot after a clear cross country trip nine seconds under the time.

“He probably can even do better, but he did a very nice test, and I thought he jumped a a super show jump round. On the cross country he continues to get better,” he said. “We’ve taken our time. We’re under no pressure to rush him up the levels. We’re giving him as much time as he needs. I think that patience is starting to bear fruit.” 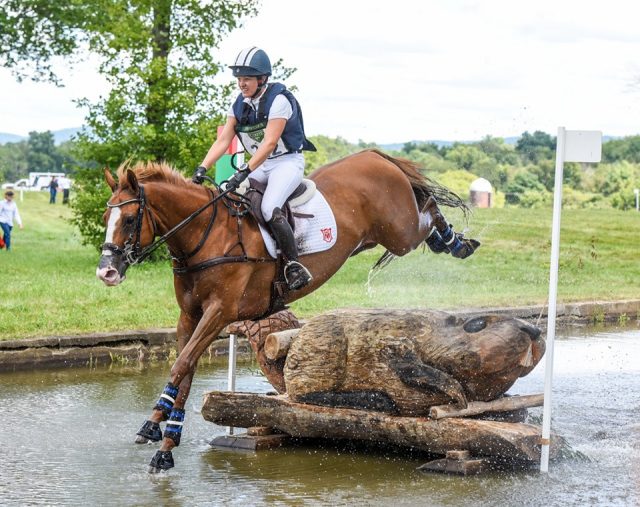 Lynn Symansky had SpectraVET Tempranillo on her side this weekend, and the red headed chestnut mare used her powers for good, finishing in second place. The 8-year-old KWPN (Boss x Zadina Mail VDL, by Chin Chin) went penalty free for a final result of 26.1.

“She’s such a chestnut mare. I’ve struggled with that one the most—to get her to be on my page because most of the time we’re on hers,” Lynn said. “She’s very careful, so we came into the final water and she jumped so big over the lip into the water. She catapulted and then continued to bronc her way. She certainly does put her flair into everything she does.” 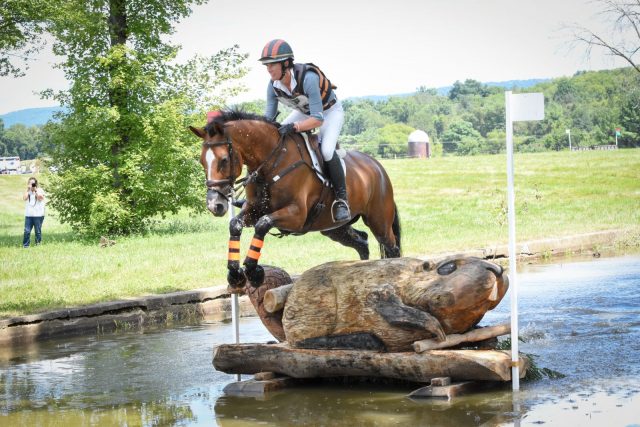 Lauren Kieffer and Get Gaudi. Photo by Shelby Allen.

Overnight leaders Lauren Kieffer and Get Gaudi, an 8-year-old Dutch Warmblood (Alicante HBC x Second Floor, by Faram) came home down on the clock, picking up four time penalties to finish in fourth place on a score of 28.1.

Jennie Brannigan and Hopscotch completed in fifth place on their dressage score of 29.3. This is an exciting finish for owner Nina Gardner, who also bred the 7-year-old Dutch Warmblood. Sired by Special Memories, Hopscotch is out of Vidalia, one of Nina’s former three-star horses in Phillip Dutton’s barn. Hopscotch is Vidalia’s first foal to compete at FEI level.

Overnight leader Lynn Symansky had two rails with Katherine Coleman’s Global Cassero 3 before going on to a double clear cross country. They finish in sixth place on a three-phase result of 29.4. 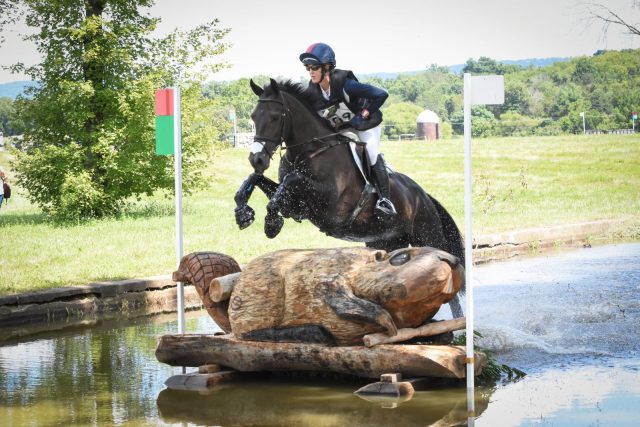 Sydney Hagaman piloted her Charmeur to a clear round with 2.8 added time penalties for 7th place on a score of 29.9. Allison Springer and Nancy Winter’s Crystal Crescent Moon came home clear inside the time for 8th place (30.2).