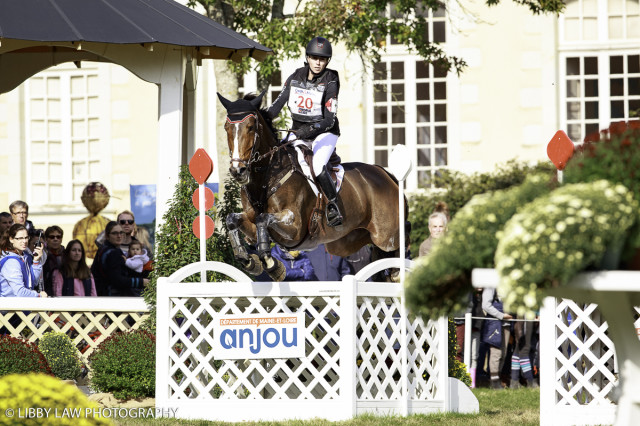 Robyn Fisher announced today that her three-star mare and Le Lion graduate Betawave will be campaigned by Chris Burton for the foreseeable future, representing Australia and competing overseas.

“Leta,” a 9-year-old Holsteiner mare (Linaro X Wavelength, by Wodan) bred and co-owned by Carol Singh, has already arrived in England at Burton Eventing’s base near Surrey and will compete with Chris for the foreseeable future.

The arrangement fell into place after Robyn met Chris at Le Lion d’Angers in 2016, where the mare represented the U.S. at the FEI World Breeding Championship for Young Horses.

“I feel very lucky to have been Leta’s partner to this point in her career, and I am incredibly excited to watch her continue her education with Chris,” Robyn said. “Chris rides every horse in his barn himself every day and loves his horses very much. He is a kind and patient rider with an equally amazing team, who I know will provide impeccable care of Leta.” 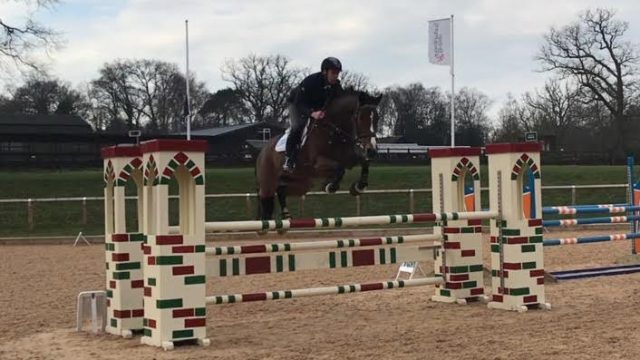 Chris Burton riding Betawave at his base in the UK. Photo courtesy of Robyn Fisher.

Carol added: “Robyn has done such an incredible job with our mare so far, already surpassing dreams I had for her when I bred her. Chris riding her is like icing on the cake for me, and I could not be more excited to see where they go together.”

Robyn campaigned Leta through the CIC3* level, placing third at Twin Rivers last year. Chris plans to run the mare at several Intermediates first to develop their partnership before aiming for a CIC3* and CCI3* in the spring.

“I truly can’t believe my luck,” Chris said. “It isn’t every day you get offered the ride on a nice three-star horse. When Robyn sent the videos of Betawave, I thought she looked like a super jumper and lovely horse. Since landing in the UK she has turned out to be more special than I thought. It is a very exciting opportunity for me, and I only hope I can do the mare justice in the upcoming 2018 season.”

We wish Chris and Leta all the best as they compete in 2018 and beyond. Go Eventing.