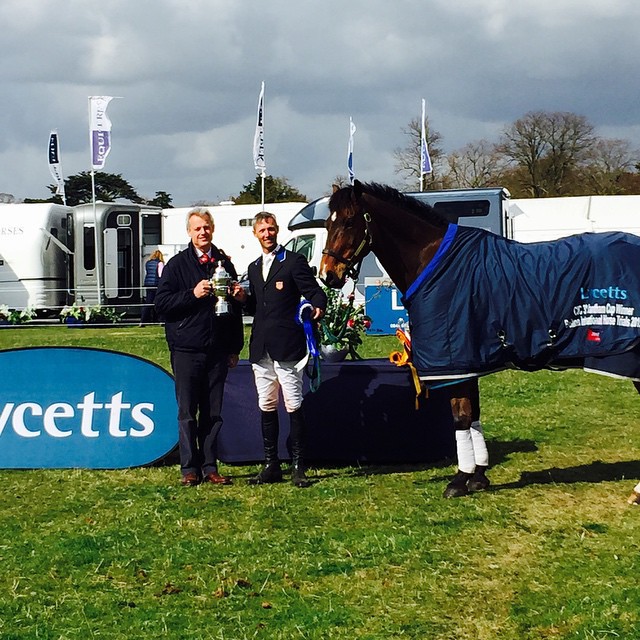 Clark Montgomery and Loughan Glen bested a strong field of 115 today to win the Grantham Cup CIC3* at Belton International in England. This is Loughan Glen’s first FEI start of the season; he completed the Advanced at Weston Park earlier this month in preparation.

One of just two pairs to break into the 30s in the dressage, Clark and Glen earned a 39.8 on day one, sitting just behind early leaders Bill Levett and Shannondale Titan, who scored a 36.6. Clark added no jumping or time penalties on show jumping and completed a clear and quick cross country with just 1.6 time penalties.

Clark and Loughan Glen are reported to be headed to Luhmühlen this year, so this weekend is a great prep for their first CCI4* effort together since Badminton last year.

Their clear and fast jumping efforts were good enough for a final weekend score of 41.4 to edge out Bill Levett, who came home from cross country just one second later than Clark. Great Britain’s Kitty King and Persimmon complete the top three on a final score of 47.4, adding just .8 time penalties on cross country to her three-phase total.

Two pairs turned in double clear efforts: fourth placed Padraig McCarthy and Simon Porloe and 11th placed Georgie Spence and Wii Limbo. The cross country did cause a few problems for some combinations, causing 11 pairs to retire or end their day with elimination. For the top half of the leaderboard, though, the course seems to have ridden quite straightforward.

Many heavy hitters could be found in the field of 80 that completed the event, including Mary King, Andrew Nicholson and Mark Todd, and it’s great to see the American flag at the top of the leaderboard. Well done, Clark and Glen! 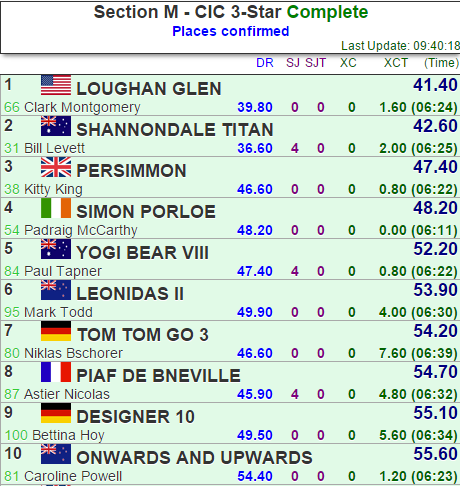