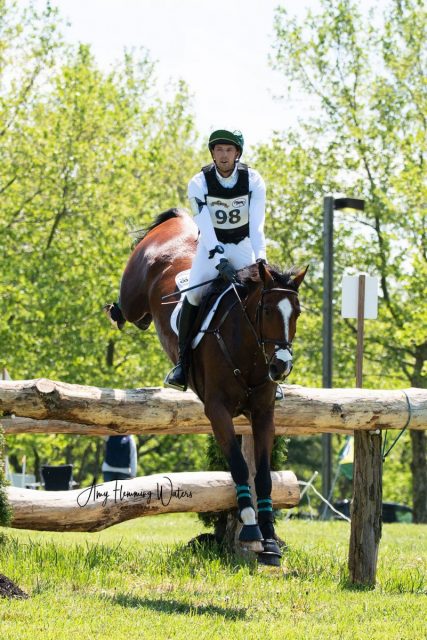 Will Coleman and Off The Record. Photo by Amy Flemming-Waters Photography.

Will Coleman secured his second CCI4*-S win with Off The Record today at Jersey Fresh after a full day of both show jumping and cross country.

Will and the 9-year-old Irish Sport Horse (VDL Arkansas X Drumagoland Bay, by Ard Ohio) owned by the Off the Record Syndicate produced two clear jumping rounds today, coming through the final finish flags with 4.8 time penalties as they gear up for the CCI4*-L at Tattersalls in Ireland next month.

“I thought all three horses jumped really well this morning in the show jumping — Chris (Barnard) builds a great track, and I couldn’t really ask them to jump any better,” Will said. “Off The Record is getting pretty experienced at that level, and he made pretty light work of it honestly. It felt really good. We’re aiming him at Tattersalls in Ireland in a couple weeks. I think he felt ready to do it,” he said. 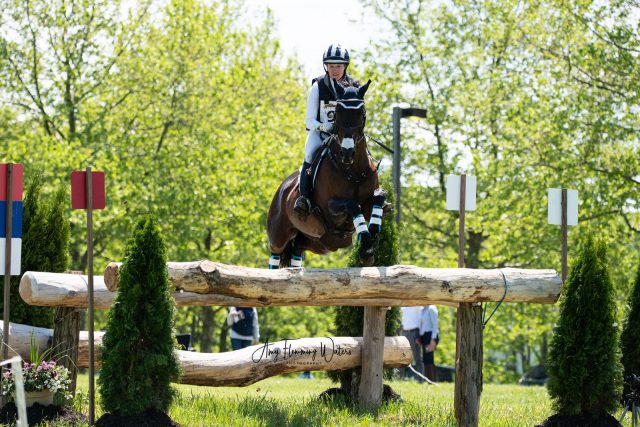 Allie Knowles and Sound Prospect, a 17-year-old Thoroughbred (Eastern Echo x Miner’s Girl, by Miner’s Mar) owned by Sound Prospect LLC, climbed the leaderboard today. Thirteenth after dressage, they found themselves in 6th after a double clear show jumping and finally in second after laying down the fastest round in the division to finish on a score of 42.2.

“Sound Prospect and I have been a team for a lot of years now. He’s a very experienced horse. I have him entered at Luhmühlen, and this was sort of a test because we’ve had an off season together — a bit of bad luck and jumping wrong fences — to go out and put it to him and say, ‘OK. You’re going to get around this fast and this should be quite easy,’ and it was exactly that. He just skipped around. It was not surprisingly the fastest time of the day because I put it to him to do that,” she said.

Allie also finished 4th with Nancy Elberty’s Princess B. She and the added 12.4 time penalties for a three-day score of 45.1.

Boyd Martin finished fourth with his homebred Ray Price after one rail and 8 cross country time penalties gave them a final score of 45.4. 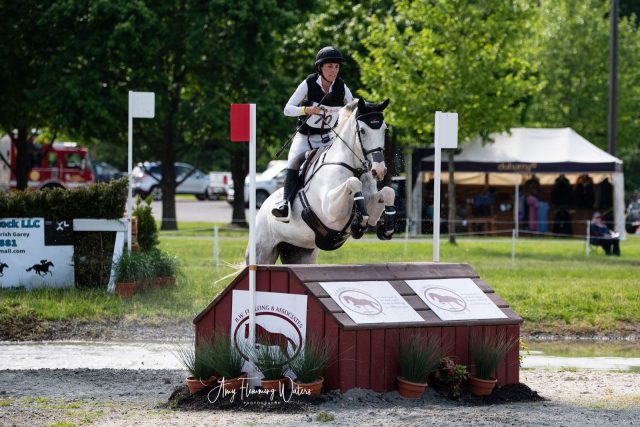 As one of the final competitors of the day, the CCI3*-S win was Dana Cooke’s for the taking. Dressage leaders Boyd Martin and Luke 140 had already picked up 5.2 time penalties, but Dana needed to finished inside the time to edge ahead, which she did for the win aboard FE Mississippi.

Dana and the 9-year-old (Wurttemberger Cassini II x Liastra, by Legaat) owned by the FE Mississippi Syndicate close out the weekend on their dressage score of 30 to beat out the 55-entry class — a favorable result as this pair are eying to represent Canada at the Pan American Games this August.

“I wasn’t really planning to go for time. They were announcing right before we were going that if myself or Mia Farley made the time we could beat Boyd. I tried to ignore that because I didn’t want to make a stupid mistake, but actually my mare is better if I ride her forward and a little faster because I don’t have to pull,” she said. “I kind of heard my minute markers go off but I wasn’t really paying much attention to it. My six-minute marker went off and I was like, ‘I could actually make it!’ It was just before the last fence so I pushed for home. It was awesome!” 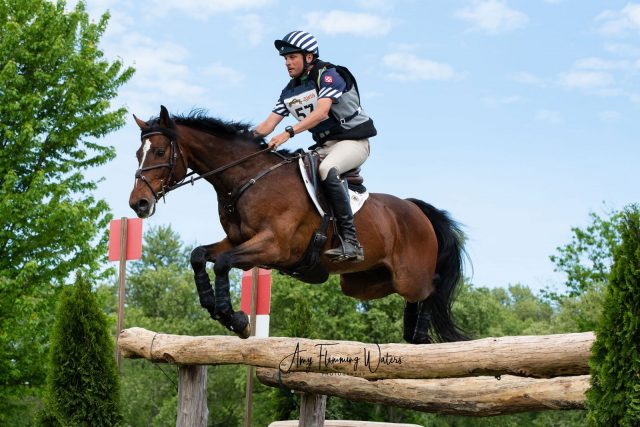 Despite a few time penalties, second place was a strong result for Boyd and his newest ride, Luke 140, an 8-year-old Holsteiner (Landos X Omega VI, by Limbus) owned by The Luke 140 Syndicate. They jumped clear in the morning over Chris Barnard’s track, and found smooth sailing around the cross country.

Alex Baugh was third aboard Ballingowan Pizazz, a 17-year-old Irish Sport Horse (OBOS Quality x Rocklea, by Leabeg) owned by Altorac Farm. Their only penalties were coming in 6 seconds over the optimum time to finish on a three-day result of 32.6.