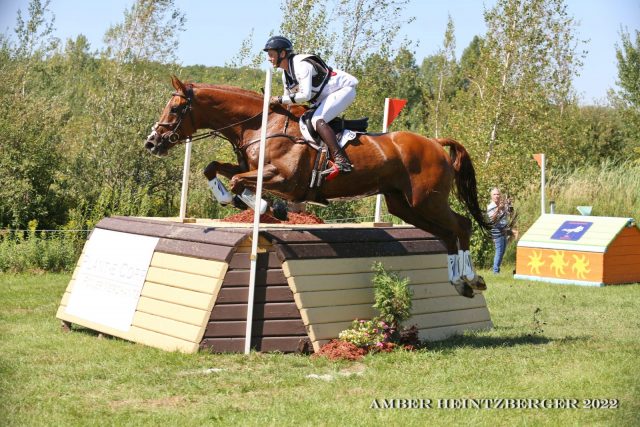 Canadian Olympian Colleen Loach announced today that she has withdrawn Vermont, owned by Peter Barry, from the FEI World Championships squad traveling to Italy next month. The 10-year-old Hanoverian gelding was a part of the Canadian team for the FEI Nations Cup leg at Bromont last weekend, contributing to a silver medal finish as a final prep for World Championships.

“Monty felt incredible in his final prep for the World’s at Bromont Nations Cup last weekend. Unfortunately he came off of [cross country] with a sprained fetlock and so we won’t have the privilege of representing Canada this fall in Italy,” Colleen wrote on social media. “Best of luck to team Canada over there and I will be sending positive vibes your way. A huge thank you to all of my sponsors and supporters. We couldn’t do it without you!”

Equestrian Canada will have the option to substitute a reserve rider onto its final squad heading to Pratoni. The federation had originally designated Dana Cooke (FE Mississippi) and Lisa Marie Fergusson (Honor Me) as reserve combinations. Definite entries are due on September 5, but we can expect an announcement from Canada on who will take Colleen’s place on the final roster ahead of this deadline.